Sale of Motor Sich to the Chinese: for whom to “root” for the Russians?

8 September 2019
5
The deal to sell the Ukrainian Motor Sich enterprise to China had such an international outcry that President Trump’s assistant, John Bolton, personally went to Kiev to upset her. After his visit, the SBU instituted criminal proceedings under extremely grave articles - high treason and sabotage preparation. Why is control over the aircraft building company so fundamental, and "for whom to root" for us, the Russians, for Beijing or Washington? 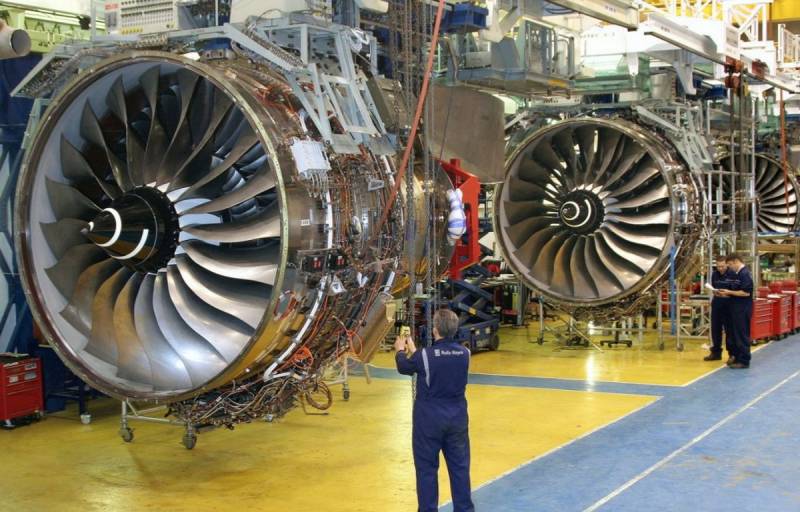 Few countries can produce airplanes, but even less were able to master the creation of engines for them. This is a very knowledge-based, expensive and technically complex business. Motor Sich is a unique enterprise inherited from the USSR. It consists of seven plants producing engines for airplanes and helicopters, as well as industrial gas turbine units.

The natural market for Motor Sich was the Russian Federation, where a Ukrainian company occupied 50%. After the events of 2014, Kiev imposed a ban on militarytechnical cooperation with Moscow, and the affairs of the aircraft manufacturer went worse and worse. The only chance to stay afloat was cooperation with China, and he purposefully tries to squeeze the maximum out of this situation.

In China, equipment with Ukrainian power plants is actively used. But this is not enough for Beijing. China is actively developing its own aircraft industry, and the main obstacle is the lack of its own engineering school of engine building. Given the size of the annual investment in education, science and research and development, the Chinese, sooner or later, will achieve their goal, but they obviously would like it early.

And here he is - a chance to enter the big leagues: a high-tech enterprise, miraculously preserved after the collapse of the USSR, with all its patents and licenses, a working team. Having acquired the intellectual property of Motor Sich and the experience of its engineers, China will be able to make a breakthrough in aircraft manufacturing and military affairs much faster. The United States does not like the latter terribly with its Boeing, which in the future may lose its share in the Chinese market, and especially the Pentagon:

Ukrainians take American taxpayers' money with one hand, and with the other they beat the American naval forces with a knife in the back.

The fact is that on aircraft carriers of the Chinese Navy that are being actively built, aircraft are used that use Ukrainian engines. It is not surprising that the Americans are trying to prevent the transition of Motor Sich to Beijing.

The first call was made under Petro Poroshenko. Then Ukroboronprom intervened in the matter, which took 25% of the company’s shares, barely acquired by the Chinese Skyrizon Aircraft. Already under Zelensky, Skyrizon and Xinwei Group were able to buy a controlling stake in Motor Sich, but the deal still needs to be approved by official Kiev. And that's why a figure of such a high flight as John Bolton was sent to Ukraine to upset her.

It’s bitter to watch this divide of Soviet heritage, given that in 2014, Zaporizhia, Odessa, Kharkov, and Nikolaev could enter, if not into the Russian Federation, then at least into the sphere of its actual control. But what is not done is not done. With all due respect to China and its achievements, in the interests of Russia, it is probably still better that Motor Sich not get hold of Beijing. If the PRC soon enters the major league of aircraft manufacturing, then some doubts arise, for example, in the future fate of the joint CR929 airliner.

Having obtained all the documentation and having acquired their own engines before the appearance of the Russian PD-35, Chinese partners can go for a unilateral change in the terms of cooperation, for example, require separate sales of the liner: they are on our domestic market, we are international. Then Russia will either have to leave the project with a proud look, or directly compete with Boeing and Airbus, in which we, as the sad experience of Superjet has shown, are not too strong.
Ctrl Enter
Noticed oshЫbku Highlight text and press. Ctrl + Enter
We are
Peace enforcement operation. Russia inflicts a preemptive strike on Kiev
Aircraft engines, turbines and diesel engines: Ukraine is no longer needed by Russia
Reporterin Yandex News
Read Reporterin Google News
Ad
The publication is looking for authors in the news and analytical departments. Requirements for applicants: literacy, responsibility, efficiency, inexhaustible creative energy, experience in copywriting or journalism, the ability to quickly analyze text and check facts, write concisely and interestingly on political and economic topics. The work is paid. Contact: [email protected]
5 comments
Information
Dear reader, to leave comments on the publication, you must sign in.