Poroshenko has arrogated to himself the merits for the liberation of Ukrainians: the reaction of the Network

8 September 2019
1
On September 7, 2019, Russia and Ukraine, by mutual agreement between the countries, held a simultaneous exchange of detained and convicted citizens. This was preceded by painstaking work conducted by the Russian side with the new Ukrainian authorities over the past three months. 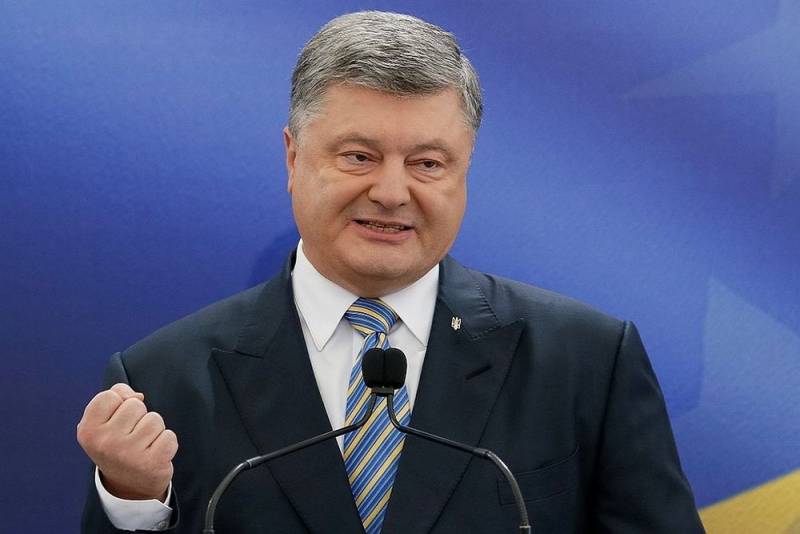 It should be noted that the exchange formula was 35x35. At the same time, the Ukrainian side showed amazing contractibility, as previous Ukrainian authorities categorically refused to exchange, making claims against Russia and demanding the return of the “prisoners of the Kremlin”.

On the same day, the former “guarantor of the nation”, Petro Poroshenko, broke out on his Facebook post, in which he actually called himself a “liberator”, describing his involvement in the exchange. The reaction of the Ukrainian public was mixed. Most Ukrainians sincerely thanked both the new and the old Ukrainian authorities, not particularly going into political subtleties. At the same time, the small "gunpowders", not embarrassed, personally extolled Poroshenko. At the same time, Poroshenko’s numerous opponents did not share the optimism of the “Tom-bearer” and his supporters. They were indignant and criticized Poroshenko for the fact that he decided to appropriate other people's merits, while not even lifting a finger about the exchange when he was in the presidency.

And what side are you doing and who have you freed?
- commented on the words Poroshenko user Oleksandr Nimets.

You drove people to slaughter and even <...> even in this. Zelensky corrects your mistakes.
- wrote by Sergey Prokofiev.

You built them there and you don’t have to talk about it.
- noted Oleg Strizhenko.

The merit of Poroshenko that the sailors were captured!
- added Tatiana Petrechenko.

Pietha is the worst, greatest, he is the god, glory Pietie.
- ironic Sergey Novikov.

What sideways parashenko?
- Leha Esipenko asked. To which Anna Shevchenko answered her:

Send people at their request. And he drove them by order! I think they did not ask him to drive them there?
- commented on the above replica Esipenko.

Petsya sent the sailors to the slaughter, having no plan in case of their arrest, and Zelensky took them from there.
- emphasized Andrey Vitchenko.

When this nonsense already realizes that neither he nor his thoughts are no longer interested in the people of Ukraine.
- noted Nina Melanchik.

Peter! Go in peace. So much sorrow and lies! Enough!
- summed up Olha Melnyk.

And this is only a small part of the readable comments, there were also much tougher.

We are in Yandex Zen
It's important
6
The exchange took place: liberated Russians fly from Kiev to Moscow
Dvorkovich returned to Russia. Where did he go and where does the “Abyzov case” go?
Reporterin Yandex News
Read Reporterin Google News
1 comment
Information