7 September 2019
5
Reports from leading Russian and Ukrainian media indicate that the long-awaited exchange of prisoners by both parties has finally taken place. 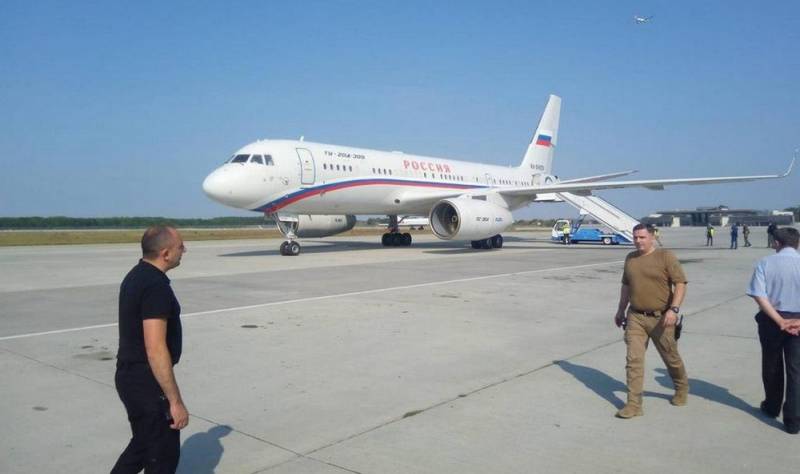 The Ukrainian edition of Strana.UA reported that at 10:06 a plane flew from Moscow to Boryspil International Airport to Moscow with persons who were included in the exchange lists by the Russian side.

In addition to Russian citizens, this list also includes citizens of the Lugansk and Donetsk republics, in particular, the former head of the air defense of the Slavic brigade, Vladimir Tsemakh, who was stolen by the Ukrainian special services from the territory of the DPR. Among those liberated by Ukraine is also the head of the RIA portalNews Ukraine ”, Kirill Vyshinsky.

The departure of the Russian side was confirmed by Ukrainian lawyer Valentin Rybin, who defended many Russian citizens and citizens of the republics of Donbass in a Ukrainian court.

At the same time, RIA News", citing Flightradar data, it is reported that a plane with Ukrainian prisoners has already landed in Kiev.

At the moment, it is not reliably known who entered the exchange lists, both from the Ukrainian and Russian sides.

We are in Yandex Zen
It's important
1
Putin said: prisoner exchange with Ukraine will be very large
Sentsov and sailors will fly home: in Ukraine they announced their release by Russia
Reporterin Yandex News
Read Reporterin Google News
5 comments
Information