Russian liberals block the infusion of petrodollars into the country's economy

7 September 2019
4
The modern Russian Federation is an amazing country. No money in the federal budget - bad. There is money - it’s all the same bad. We are talking about excess profits from the sale of oil accumulated in the NWF, on which many people “grind their teeth”. Develop your own country or sponsor the economy direct competitors - what will our authorities choose? 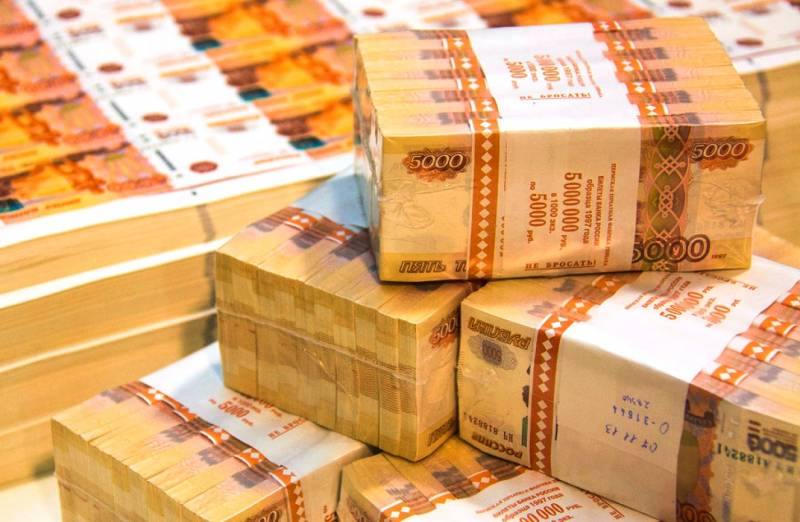 The question is fundamental. The National Welfare Fund has accumulated trillions of rubles stored there according to the Kudrin’s scissors rule. All revenues from the sale of oil, at a price of over $ 40,5 per barrel, were neatly hidden, but once the savings reached 7% of the country's GDP, they could start to be spent. That is, "there is money." But where will they invest it? This choice will show which path Russia is taking: is it building a developed and sovereign state, or is its power quite satisfied with the status of a “financial semi-colony” of the West under patriotic rhetoric.

What are our main options?

Liberal economists paint a gracious picture of the “Norwegian path”. This small Scandinavian country, also rich in hydrocarbons, has created the world's largest reserve fund, the size of which exceeds a trillion dollars. Norway has invested these funds in assets around the world: bonds, real estate, shares of transnational corporations. This is really a good example of a successful "rentier" who is well settled and now quietly "smokes bamboo". But it does not apply to Russia.

At first, our country, unlike small Norway, has a bunch of economic and social problems, it requires huge investments in infrastructure and so on. Under the conditions of sanctions, this is a situation where it is not possible to postpone something for a rainy day, but it is necessary to resolve issues in an emergency mode every day. And, thanks to "Hydrocarbon", money for it finally appeared.

Secondly, Russia, unlike Norway, is not a member of the EU and NATO; the United States is not a European ally. Oslo can easily afford to invest petrodollars in Western assets, Moscow - no longer. At any time, within the framework of regular sanctions, all these investments can be seized and confiscated. In all seriousness, it is simply criminal to offer to swap the means of the NWF into the economy of Western countries.

The second and surest option is to invest oil trillions in Russia. We need modern industry as part of the import substitution program, roads, bridges, ports and airports, science and education, agriculture and medicine. We must invest in ourselves, and not in other economies. But liberal economists scare their eyes and scare inflation. The head of the Central Bank of the Russian Federation, Nabiullina, once again suffers from the consequences of investing NWF funds in the domestic economy.

There are many questions to the activity of the regulator’s leadership. In particular, as soon as Russia was imposed the first Western sanctions in 2014, the Central Bank “cracked” in response, increasing the key rate to 17%. This “double blow” immediately led to a rise in the cost of loans and a decrease in business activity in our country.

Now the Central Bank of the Russian Federation lowers its key rate to 7%, experts predict it at 6,85% and talk about cheaper mortgages for the population. And this is great, but apparently, it’s being done not for the population. Central Bank continues policies The devaluation of the national currency, clearly following the example of the US Federal Reserve in lowering the rate, experts explain:

The current reduction in the key rate of the Central Bank of the Russian Federation took place following a similar decision by the Fed.

A cheap ruble will increase the income of exporting raw materials and allow the federal budget to fulfill its social obligations. But this also has a flip side, as financial expert Vitaly Manzhos warns:

In a couple of months, residents of the Russian Federation will not be able to avoid the cost of new batches of imported goods, which will be purchased at the current, higher exchange rate of the US dollar and the euro.

The way the NWF funds will be spent will clearly demonstrate "for which team" our financial authorities are playing.

We are in Yandex Zen
It's important
13
Russian authorities do not know how to spend trillions of rubles
Money ran out. The reserve fund of the Russian Federation cleared to the bottom
Reporterin Yandex News
Read Reporterin Google News
4 comments
Information