6 September 2019
9
Russia is a country of gigantic territories and vast natural wealth. Out of habit, we are afraid of Chinese expansion into the Far East, seeing in Beijing not only a partner, but also a potential threat. Around the Arctic, with its oil and gas fields and the Northern Sea Route, roundabouts of the USA, EU countries and all the same China are actively led. But Moscow made an interesting move, and the dreams of the Arctic, apparently, will come true for others. Rosneft unexpectedly invited India and Japan to its Far Eastern and Arctic projects. 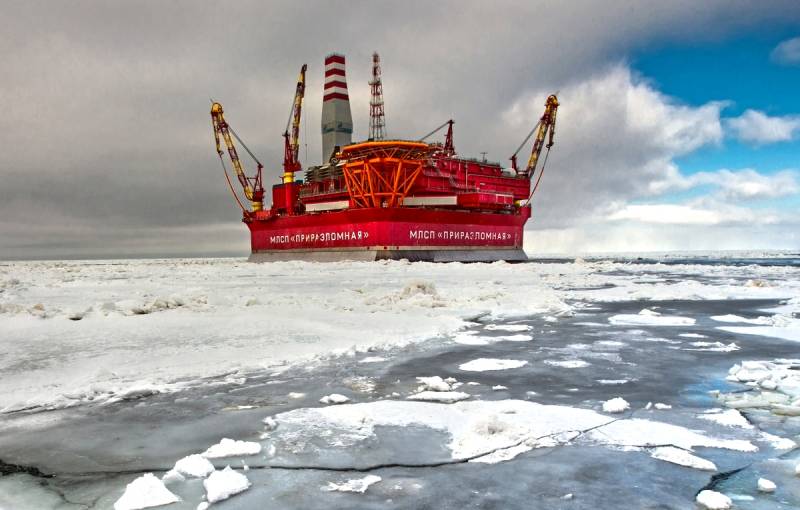 On the eve of the Russian capital, a Memorandum was signed on the establishment of a joint Coordination Committee, which will regulate the relationship between Rosneft and Tokyo on the implementation of oil and gas projects. Recall that the Japanese SODECO and the Indian ONGC have long been successfully developing, in the framework of the international consortium Sakhalin-1, the island’s deposits.

According to the new agreement, in the Russian village of De-Kastri of the Khabarovsk Territory, an LNG plant with a capacity of 6,2 million tons will be built. Thanks to the short transport shoulder, domestic liquefied natural gas will gain an advantage over competitors from the United States and Qatar in the rapidly growing Asia-Pacific market. In particular, from the future plant to Japan itself, the distance is less than 700 kilometers. But this is only part of a much more ambitious Russian project.

The northern project of Rosneft is much more promising.

At first, nearly half of our Arctic sector, with a total area of ​​4,1 million square kilometers, is considered potentially oil and gas. Already proven reserves of oil equivalent are estimated at 511 billion tons.

Secondly, The Northern Sea Route is the shortest waterway connecting Asia and Europe. It is increasingly clearing itself from the ice naturally, but domestic shipbuilders are developing heavy-duty icebreakers, potentially capable of providing wiring even in the winter.

Rosneft has invested heavily in the creation of the super-modern shipyard Zvezda in Primorye, where specialized ice-class vessels will be built. The new fleet will provide reliable transit along the Northern Sea Route. But ships alone are not enough for this, large-scale investments in the Arctic infrastructure are needed. We need drilling rigs, pipelines, ports, terminals, tanks, roads, airfields. It should be understood that initially the main burden on the NSR will be hydrocarbon feedstocks.

As part of the Vostok-Oil project, Rosneft intends to build 5500 kilometers of pipelines that will connect the largest fields, offshore terminals with a capacity of 100 million tons per year, airports and other infrastructure in the most difficult climatic conditions of the Far North. Leonid Krutakov, Assistant Professor at the Presidential Financial University, explains:

Investments are required appropriate: they are estimated in the range from 5 to 8,5 trillion rubles. It is not surprising that Rosneft applied for financial assistance not only to the state, but also to foreign investors. It is noteworthy in whose favor the choice was made. Indian Oil Minister Pradhan said:

Rosneft ”offered us a new project, and we are interested. I am sure that in the near future, Indian companies will be able to expand their participation in new projects entering the Arctic region of Russia.

New Delhi is also invited to participate in the creation of an oil cluster in the Russian Far East. Apparently, Moscow is starting to conduct a more multi-vector policies in the Asian direction, not relying on friendship with only one China. And it is right.