7 September 2019
14
Russian supersonic civil liner to be. But it will not be created on the platform of the White Swan. Domestic aircraft manufacturers, having spent a fair amount of money on working out President Putin’s idea to turn the Tu-160 strategic missile carrier into a business jet, ultimately delicately rejected it. We will create a supersonic aircraft from scratch. Is the game worth the candle, and is it necessary to invest budget billions in the “toy” for the super-rich? 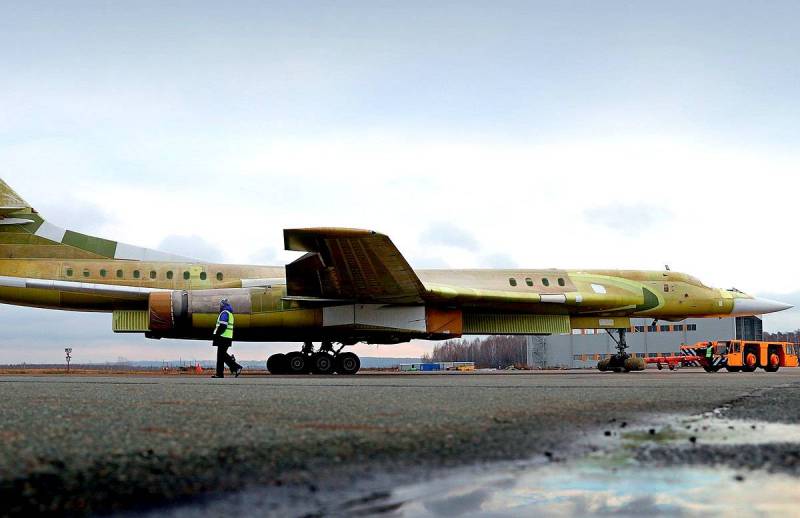 A rather exotic idea - to make a civilian supersonic airliner based on the White Swan - was personally voiced by the Russian president, who had experience flying a strategic bomber. The relevant departments pleased the initiative. But even then, independent experts pointed out a number of problems that such a project would inevitably encounter.

At firstThis is the lack of the necessary engine. The Tu-160 power plant is dual-mode, that is, in supersonic mode it flies only afterburner, consuming an insane amount of fuel. For a military aircraft, whose task is to destroy the enemy, this is not a problem, for a commercial airliner - what else.

Recall that the experience in creating and operating supersonic airliners already exists. Both the Soviet Tu-144 and the Franco-British Concord were eventually discontinued. The official reason was technical problems, the real one was the banal disadvantage of their commercial use. A ticket, costing $ 5 one way for Concorde, very few people could afford. And for Soviet citizens - to give almost half the monthly salary for flying on a Tu-144 - was a difficult decision.

Secondly, a design feature of the “White Swan” is that in the middle it is divided by a powerful beam, which divides its interior in half. For a business jet, the solution is not entirely optimal. The civilian version of the Tu-160 would be able to carry even fewer passengers than the Concord and Tu-144 that had sunk into oblivion, which would have further increased the cost of tickets.

In the end, everything turned out as originally expected by skeptics. Having spent 1,4 billion on design work, aircraft manufacturers came to the conclusion that it was not practical to remake the White Swan. Minister Manturov said:

Based on this platform, a project is not possible. We do not have the task of placing a person in a capsule and transporting it between two points in space, breaking the supersonic barrier. Our task is to create an economically viable model of the aircraft that meets the requirements of comfort.

It is interesting that we still cannot calm down on this at all. Now, the UAC is starting to develop a new civilian supersonic airliner from scratch. Its capacity should be from 16 to 19 people, speed - from 2000 to 3000 kilometers per hour. The problem with the engines is supposed to be solved through deep modernization and increased fuel efficiency of the power plants used in fighters and front-line aviation.

The idea is that at least in this segment overtake the Boeing, which is also developing in the direction of civilian supersonic. But is it necessary to hit such extremes?

According to preliminary estimates, the project will cost at least 10-12 billion dollars. In our realities, budgets tend to only grow, and very significantly. Monarchies of the Persian Gulf, which have already shown interest, are indicated as possible buyers of the liners. No one else, except for the sheikhs and several oligarchs, will be able to afford the purchase of such an expensive toy and its contents.

Is the game worth the candle, or is it more reasonable to put these funds into the expansion of the range of domestic short-haul and medium-haul civil aviation, and the maximum import substitution of components for them?

We are in Yandex Zen
It's important
18
US Global Economy: An End That Sneaks Noticeably
Why Russia should abandon the "passenger Tu-160"
Reporterin Yandex News
Read Reporterin Google News
14 comments
Information