"Superjet" is slowly closing: why Russia has forgotten how to build aircraft

4 September 2019
11
Bad news for domestic civil aircraft industry. According to S7 Group, Sukhoi Civil Aircraft put an end to the creation of a shortened version of the Superjet, designed for 75 seats. The airline itself, the second largest in Russia, previously ordered 75 aircraft of this class. Soon, the Ministry of Industry and Trade denied this statement, but made it so awkwardly that serious doubts arose in the bright future of Superjet. 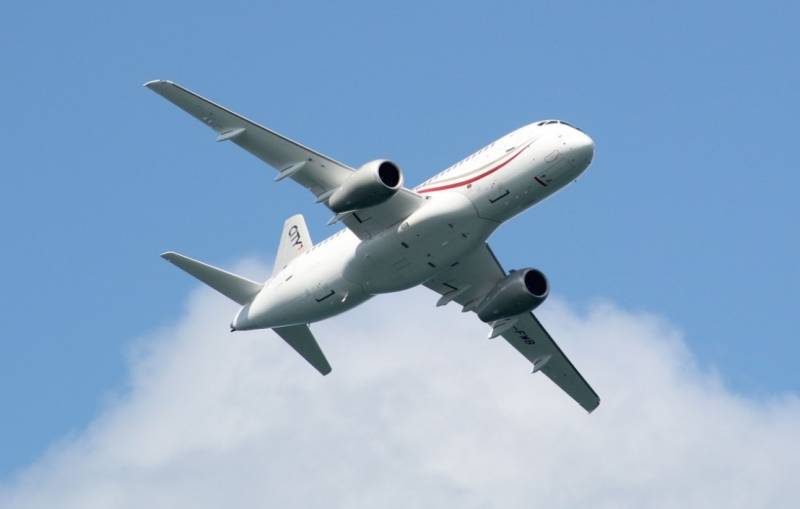 The Ministry assured that there will still be a short-haul liner with 75 seats, but a number of conditions must be met for this. A new Russian PD-8 aircraft engine and 34 types of domestic components for the aircraft should appear. A post-sales service network should also be created, private investments and an anchor order for a shortened Superjet to appear. The conditions of what is called a wagon and a small trolley.

The statement of the manufacturer itself did not add optimism. The company "Sukhoi Civil Aircraft" reported the following:

The subject of the shortened version of the updated Superjet remains in the field of work under the program as a whole, but not in the first place.

But why is the question of the appearance of the Superjet-75 so important? First you need to separate the flies from cutlets.

Does Russia need its own short-haul airliner? Yes I need it.

Is Superjet the best airplane for our realities? No, it's not.

Does this mean that the project must be "slaughtered", despite the billions of budget funds invested in it? No, if work is done on the bugs.

The main complaints against the liner are well known:
At first, an extremely high percentage of foreign components, which is dangerous in the context of Western sanctions.

Secondly, low engine resource SAM 146, "carefully" designed by the French specifically for the "Superjet", because of which it basically stands idle on the ground. American and European airliners of a similar class fly on average 10-11 hours a day, Russian - 4-4,5 hours.

Thirdly, air carriers are forced to keep the purchased Superjets fun and engage in cannibalism due to the banal inability of the manufacturer to ensure timely delivery of spare parts for repairs. As a result, all foreign companies have already abandoned the operation of the liner.

Work on the bugs seems to have begun. The government has allocated an impressive amount to create a revolving warehouse of spare parts, necessary for the after-sales service of Superjet. The development of the younger brother PD-14, the engine PD-8. This is welcome. However, according to the statements of the S7 Group, the authorities ignore the last, but no less critical problem of the Superjet.

It is about the market segment where it was initially shoved. The fact is that the modification for 100 seats, the only one for the liner in which billions of budget funds have been invested, is not very popular. Demand for them is objectively small. Foreign competitors produce either aircraft for 60-80 passengers, or in terms of capacity already at the border with their medium-range counterparts. “GSS” made a bet on the version with 100 seats:

It was necessary to enter the market with a niche product - to where competition was not so intense.

A well-known expert in the field of aviation, Ruslan Gusarov, comments on this:

If there were at least two modifications, I am not saying three, then the market would begin to “swallow” these aircraft more actively.

So the liner turned out to be very “niche”. The miscalculation was strategic. The question arises, then why is the process of creating a version with 75 passenger seats so cloudy instead of the only "niche"? It is noteworthy that the "Superjet" was originally designed so that it can not be easily shortened. It is necessary to seriously redesign it, which does not cause optimism among the GSS.

Involuntarily, one wonders how much incompetence is in this project, and how much is what was formerly called "wrecking."
Ctrl Enter
Noticed oshЫbku Highlight text and press. Ctrl + Enter
We are
Peace enforcement operation. Russia inflicts a preemptive strike on Kiev
Why the Russian "Superjet" became a loser
Reporterin Yandex News
Read Reporterin Google News
Ad
We are open to cooperation with authors in the news and analytical departments. A prerequisite is the ability to quickly analyze the text and check the facts, to write concisely and interestingly on political and economic topics. We offer flexible working hours and regular payments. Please send your responses with examples of work to [email protected]
11 comments
Information
Dear reader, to leave comments on the publication, you must sign in.