3 September 2019
9
Central Russian television channels continue to play base shows with “Ukrainian experts” for a lowly audience for a year. 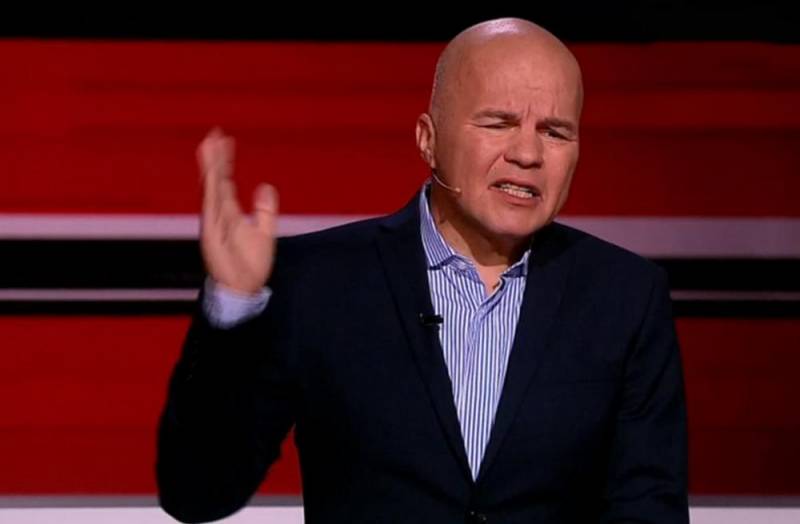 During the broadcast of the show "Who is against?" Vyacheslav Kovtun, a Ukrainian political scientist, was expelled from the Russia-1 television studio’s studio, who reacted sharply to a statement by the editor of the German World Economy magazine, Alexander Sosnovsky, saying that the German press could "go to f * ck".

After that, Dmitry Kulikov showed Kovtun a “red card” and drove him out of the studio.

Actually, what happened repeatedly over the past five years happened: the next "Ukrainian expert" was kicked out of the next Russian television show.

It should be understood that Kovtun, who spends more time in Moscow than in Ukraine, and is rumored to have already acquired an apartment in the Russian capital, is a “Ukrainian expert” in only one place - in Russian television shows.

Moreover, the “red card” presented to him does not mean anything: tomorrow the Russian audience will see him in the same or another similar show, as the same “Ukrainian expert”.

In this light, it is completely incomprehensible why authoritative Russian publications spoil their reputation and present this story as a top newssliding down to the level of “Ukrainian expert” Kovtun.

Ctrl Enter
Noticed oshЫbku Highlight text and press. Ctrl + Enter
We are
Solovyov expelled from the studio a Ukrainian fan of Hitler and Bandera
Antisemite Pole kicked out of scandal from Soloviev’s studio
Reporterin Yandex News
Read Reporterin Google News
Ad
The publication is looking for authors in the news and analytical departments. Requirements for applicants: literacy, responsibility, efficiency, inexhaustible creative energy, experience in copywriting or journalism, the ability to quickly analyze text and check facts, write concisely and interestingly on political and economic topics. The work is paid. Contact: [email protected]
9 comments
Information
Dear reader, to leave comments on the publication, you must to register.
I have an account? Sign in