Russia is to blame: in Poland, an explanation was found for the absence of reparations from Germany

2 September 2019
2
After unsuccessful for Poland measuresdedicated to the 80th anniversary of the outbreak of World War II, Russophobes, entrenched in Warsaw, continue to accuse Russia of anything. This time, Moscow was accused of the fact that after the end of World War II, Poland allegedly did not receive reparation (compensation for restoration) from Germany because of the position of the USSR. This was stated not by anyone, but personally by the head of the Polish Ministry of Defense, Mariusz Blaszczak, on the air of local television. 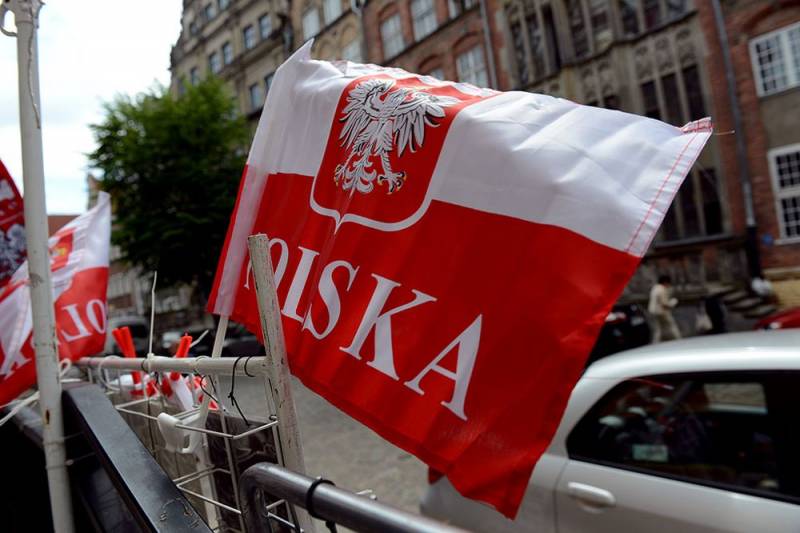 This compensation was not after the Second World War, because Poland was under the rule of Russia, and in this regard, Russia made such a decision. Poland was not sovereign in this decision.
- said Blaschak.

It should be noted that on the eve of the anniversary of the outbreak of World War II, the president of Poland, Andrzej Duda, once again demanded reparation from Germany. He said that in the near future the final version of how much the Germans owed for the attack committed 80 years ago will be presented.

Unfortunately, so far no one in Russia has ever guessed to present France’s claims for Napoleon’s attack. Paris would be really in shock. After all, land and real estate in Moscow have since risen very much.

By the way, Polish nationalists (like-minded people of Adolf Hitler) have been discussing reparations from Germany for more than a year. But they can’t decide on the amount. Most likely, they will start with $ 1 trillion, so as not to be trifled, but it will be seen there. At the same time, the Polish "patriots" flatly refuse to even talk about compensations to the Jews, who were destroyed in concentration camps in Poland, where the vast majority of these institutions were located.

It must be recalled that as early as 1945, an agreement was signed at the Potsdam Conference, according to which Poland received reparations from the share of the USSR, which, in turn, received them from the eastern occupation zone of Germany. Moreover, in 1953, the Polish government refused compensation by concluding an agreement with the USSR. In turn, the USSR built enterprises in Poland, supplied food and necessary goods. That is why the German authorities have repeatedly justifiably stated that they see no reason for any payments to the Poles.
Ctrl Enter
Noticed oshЫbku Highlight text and press. Ctrl + Enter
We are
Polish President: Unlike the Russians, the Poles are fighting to the end
Putin may come to Poland on the anniversary of the invasion of Germany
Reporterin Yandex News
Read Reporterin Google News
Ad
We are open to cooperation with authors in the news and analytical departments. A prerequisite is the ability to quickly analyze the text and check the facts, to write concisely and interestingly on political and economic topics. We offer flexible working hours and regular payments. Please send your responses with examples of work to [email protected]
2 comments
Information
Dear reader, to leave comments on the publication, you must sign in.