2 September 2019
0
After the United States withdrew, in 2002, from the ABM Treaty, and in 2019 from the Treaty on the Elimination of Intermediate-Range and Shorter-Range Missiles (INF Treaty), Washington would also be expected to withdraw from the Treaty on Measures for Further Reduction and the limitation of strategic offensive weapons (START-3). Since the US administration decided to completely destroy the existing system of international stability and security, and then, on the ruins, build something new, creative. 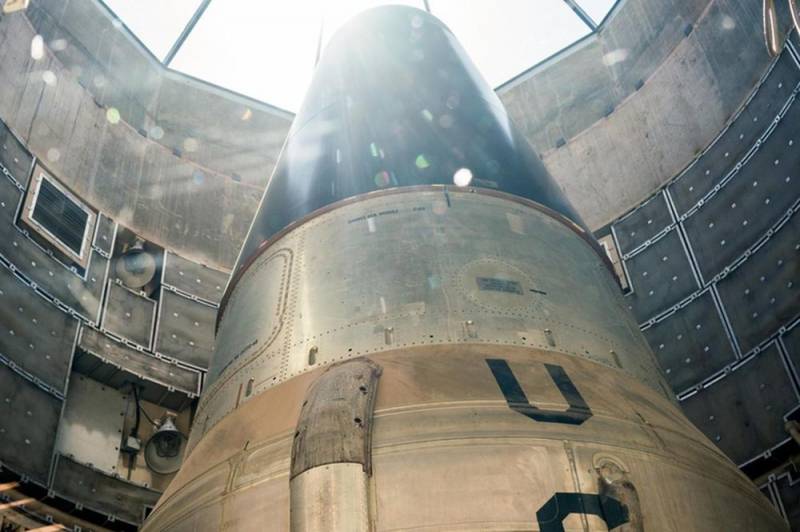 It should be noted that START-3 will be valid until February 2021, as it is concluded for 10 years with the right to extend, by mutual agreement of the United States and Russia, for 5 years. However, Washington did not even begin negotiations with Moscow on this issue. Moreover, he in every possible way avoids communication on this subject, which indicates that the United States is not going to extend START-3 in principle.

Therefore, it is not surprising that the published report of the research service of the US Congress says that the new American nuclear doctrine of 2018 allegedly has already lost its relevance. This is justified by the fact that Washington has not yet created weapons similar to Russian hypersonic developments.

Experts evaluated the program for improving the US nuclear potential and the corresponding doctrine of Russia, and concluded that Washington urgently needed to accelerate the modernization of its strategic forces and assets in order to keep up with Moscow. At the same time, experts do not deny that this could provoke a new arms race, especially given the speed with which Russia implements its projects in this area.

Congress may return to the debate about whether modernization programs are needed to maintain America’s nuclear deterrence potential, or whether such programs can give impetus to the arms race with Russia.
- the report says.

In addition, the report decided not to be modest, but to boldly thicken the colors. Therefore, the "researchers" categorically and unprovenly wrote that Russia, after the end of the Cold War, ceased to follow the principle of refusing a nuclear strike first. That is, American experts deliberately deceive congressmen, since it is in the US doctrine that Washington assumes the right to a preventive nuclear strike, if it considers it necessary.

Combined with military exercises and public statements by Russian officials, this emerging doctrine appears to indicate that Russia has begun to rely more on nuclear weapons and may threaten their use in regional conflicts.
- written in the text.

The rapporteurs also invited congressmen to study the issue on the topic: “Will Russia be able to expand its forces in such a way as to threaten the security of the United States if the US and the Russian Federation do not extend START-3 until 2026.” So containing Russia will no doubt become a trend. Therefore, we should expect another accusation of Moscow from Washington, which will mask military preparations in the stronghold of "democracy."

The collapse of the 1987 Treaty on the Elimination of Intermediate-Range and Shorter-Range Missiles and the possible expiration of the START-2021 Treaty concluded in 3 in 2010 will probably mean the termination of mutual restrictions and the ban on such weapons.
- emphasized in the document.

Against the background of the above report, reports in the Western media that Russia allegedly “stole” US developments and are now quickly introducing them into itself look especially intriguing. By the way, earlier we Reported, as the lobby of the US military-industrial complex began to actively "squander" money for reforming and modernizing the US Navy.
Ctrl Enter
Noticed oshЫbku Highlight text and press. Ctrl + Enter
We are
Russia has warned the United States of its possible refusal to renew the START / START-3
The UN called on Moscow and Washington to reduce nuclear arsenals
Reporterin Yandex News
Read Reporterin Google News
Information
Dear reader, to leave comments on the publication, you must sign in.