The four-day work week in Russia is not a joke: who is behind this?

2 September 2019
11
Disturbing news come from Nizhny Novgorod. The oligarch Oleg Deripaska, speaking to the GAZ workers, frightened them with the impending global crisis, hinted to the authorities that Russia might lose control of the auto giant if there is no adequate budget funding, and, in fact, made it clear that a four-day work week is not a joke from Dmitry Anatolyevich, and our near future. 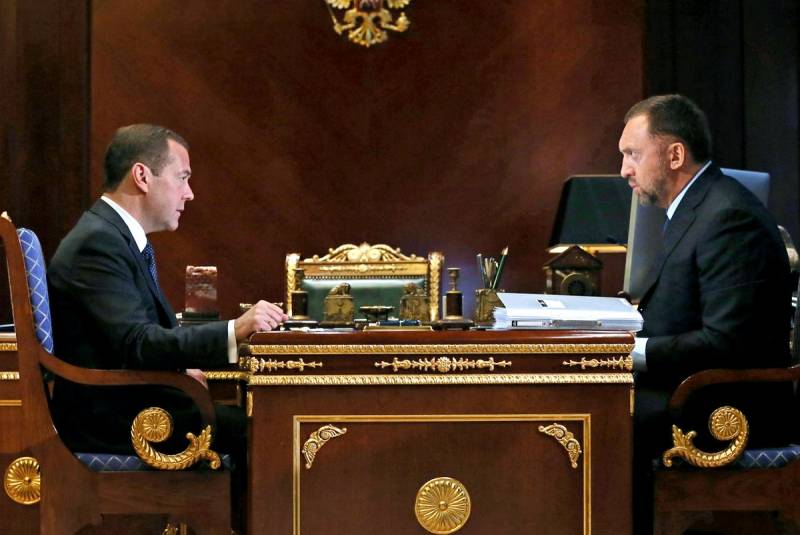 GAZ Group is an automotive giant whose 65,56% stake is owned by Oleg Deripaska's Russian Machines. The holding includes numerous enterprises producing cars and commercial vehicles, trucks, buses, power units and other automotive components. The meaning of "GAZ" for the Russian economics hard to overestimate.

The main problems for the group began because of its main owner, the disgraced oligarch Deripaska. Due to its proximity to the Kremlin, he, in April 2019, came under American sanctions. As a result, control over the metallurgical giant Rusal floated out of his hands, passing to Western top managers. It is noteworthy that at the same time in April, the billionaire announced his readiness to leave the leadership of the GAZ group, and it seems that the time has come.

What did the oligarch try to convey to his employees and federal authorities?

At first, he scared the audience with the approach of the global crisis, which will be caused by the trade confrontation between the United States and China. Strictly speaking, this is not directly related to GAZ, since the holding does not supply its products to either the American or Chinese market. But a general decline in business activity does lead to a drop in demand for trucks and commercial vehicles.

Secondly, the billionaire made it clear that the US sanctions are for a long time, and urged to rely on the grace of the Office of Foreign Assets Control (OFAC) of the US Department of the Treasury, which sets deferrals on the introduction of new restrictive measures. Let's face it, the position is rather pathetic.

ThirdlyThe oligarch, known for his proximity to the Kremlin, made it clear that he was counting on the lion's share of budget funds under the import substitution program and preferential rates on bank loans. With this money, 30 new jobs and a component base for the domestic auto industry should be created.

If we summarize Deripaska’s statements and evaluate them in the context of the sanctions hanging on his person with a Damocle sword, the following picture emerges. The oligarch makes it clear to the authorities that without state support, GAZ will either be covered with a copper basin, or it will be forced to transfer control of it to the Americans, as was done with Rusal earlier. In both cases, this will be an image blow to the Kremlin, but in the first version it also means problems with then-soaring unemployment in big cities.

As for the fight against mass layoffs, then, apparently, the federal authorities and oligarchs have already worked out some kind of compromise solution. Of course, we are talking about the transition to a four-day work week. Earlier it became known that GAZ is transferring its employees to this regime from October to April. It is likely that in the spring of four-day extended again. As you know, there is nothing more permanent than temporary.

Naturally, wages will also be reduced. It seems that the government itself makes it clear to large business that it is not against the transfer of the working class to a reduced ration in order to avoid massive reductions. GAZ is the first, but other large enterprises may follow suit due to a decline in production. The United States and China with their trade war have already been “blamed” for this. The authorities and the oligarchs together offer the population to rally around them and tighten their belts.