Replacement for Ruslana: why Kiev was alarmed by a new Russian aircraft 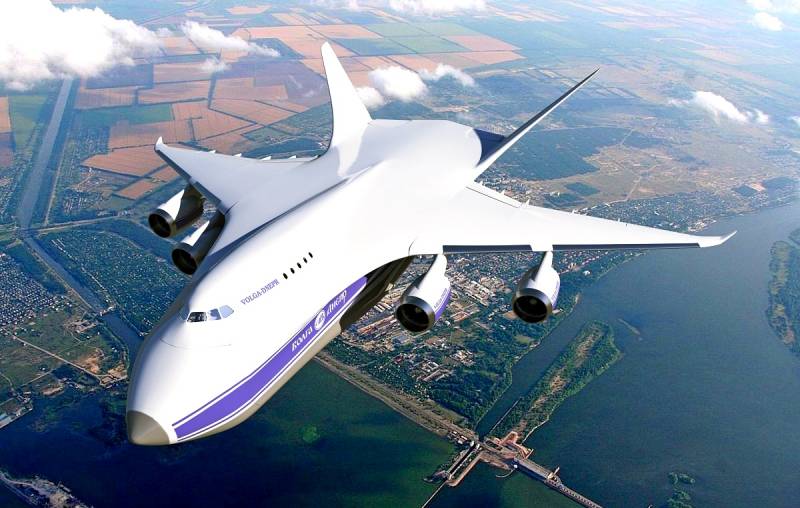 Toward the close of the MAKS-2019 air show, a curious statement was received from Kiev. The Ukrainian airline Antonov demanded not to use the An brand in designating a new heavy transport aircraft, which is currently being developed in Russia on the basis of the famous Ruslan. Hmm, no one was going to, but what does this, full of hard-to-hide sadness, desire testify to?


An-124, also known as "Ruslan", was developed in the USSR in the eighties. The unique cargo plane, which set a lot of records, was created by many dozens of enterprises throughout the Soviet Union. Unfortunately, after the collapse of the great country, the intellectual property of the heavy transporter went to Ukraine, where the headquarters of Antonov was located.

The main operators of Ruslan are the Ministry of Defense of the Russian Federation and the Volga-Dnepr company. The importance of such a cargo aircraft for the needs of military transport aviation (BTA) is difficult to overestimate. For example, the operational transfer of S-400 systems to Turkey on these giants was very impressive. Prior to this, the An-124 was used for the quick delivery of the S-300 to Syria. Thanks to the powerful VTA, the capabilities of the Russian army are sharply increasing. That is why Ukraine, at the suggestion of its Western curators, dealt a blow to cooperation with Russia in the militarytechnical sphere. In particular, in the aviation industry, joint projects for the production of An-70, An-124, An-140, An-148, aircraft engine D-27, etc., were buried.

After the rupture of traditional industrial ties between countries, the question of import substitution naturally arose. Last year, the topic of the possibility of starting production of Ruslan in Russia was actively discussed, especially since the aircraft was generally assembled in our Ulyanovsk until 2003. But almost immediately, experts pointed out the weaknesses of this project: dependence on Ukrainian components, on Ukrainian engines and on Antonov, in the issue of using his brand. Moreover, the aircraft engine was the most serious problem of the above.

It seemed that the revival of the legend is impossible neither in our country, nor in Ukraine, where the aircraft industry has already de facto died quietly. However, at the MAKS-2019 air show, Minister Manturov gave hope, saying that Ilyushin was preparing a project for a deep modernization of Ruslan:

Airborne electronic equipment and general aircraft systems will undergo modernization. The implementation of these measures will make it possible in the near future to consider the An-124 aircraft as “Russian”.

If the authorities are seriously interested in turning the An-124 into an Il-124, then this really can happen. We have our own design bureaus, as well as most of the production chains. All the missing can be gradually restored, with emphasis on modern components. The hardest part is with the engine, but the PD-14 has already been developed, work is underway to create its younger and older brothers.

The task is not easy, which will require maximum cooperation in the aircraft industry. Rumor has it that all enterprises of the Russian aviation industry can be combined into a common new brand, as was done in Europe with Airbus at one time. A well-known expert, Ruslan Gusarov, explains:

A single trade brand is easier to develop than a dozen individual batteries, which are already forgotten in the world.

As for the name of Ruslana revived in Russia, the complaints of Antonov on this subject are simply ridiculous. Nobody in their mind would invest in a new plane, so that later they could put the Ukrainian logo on it and have problems in the courts because of this. Statements from Kiev look like a rather pathetic attempt to remind themselves of a ditched aircraft manufacturing enterprise.
Ctrl Enter
Noticed oshЫbku Highlight text and press. Ctrl + Enter
We are
Bypass Kiev prohibition: An-124 may turn into IL-124
"Mriyu" took away China, "Ruslana" will take Russia
Reporterin Yandex News
Read Reporterin Google News
Ad
The publication is looking for authors in the news and analytical departments. Requirements for applicants: literacy, responsibility, efficiency, inexhaustible creative energy, experience in copywriting or journalism, the ability to quickly analyze text and check facts, write concisely and interestingly on political and economic topics. The work is paid. Contact: [email protected]
18 comments
Information
Dear reader, to leave comments on the publication, you must sign in.