“US will protect us”: Greenland authorities urge Americans to sell

August 31 2019
2
For decades, the US authorities have been engaged in ubiquitous selection of nationalists, grant-eaters and other uncompromising fighters for the rights of workers. And it does not matter whether this country is an ally of the United States or an adversary. Moreover, in countries friendly to Washington, there are even more such public than in others. 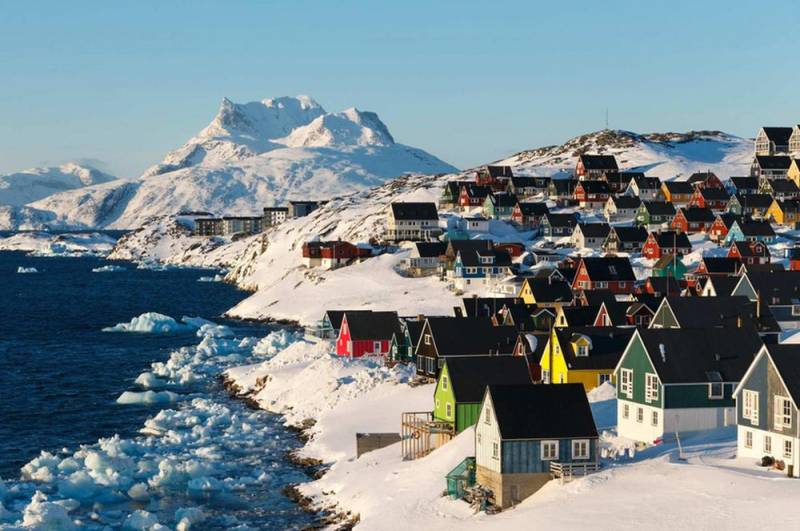 For example, a great example, in this case, is Greenland, the former colony of the Kingdom of Denmark, and now the administrative unit of this country. There, the United States has "grown" local "patriots" for years, they "fed" them and vigilantly watched so that no one would offend them. Now Washington is getting dividends, having started talking about buying the largest island on the planet, which we in detail previously reported.

It should be noted that the information noise raised around this topic pursues two goals that are simply disguised as talk of buying. First, the United States wants to use Greenland against Russia as a convenient platform for deploying missile defense, strategic aviation and offensive missile systems. But for this, buying Greenland is not necessary. Secondly, in Copenhagen they are inclined to believe that it is no longer possible to delay the laying of Nord Stream-2, so consent must be given. That is why Washington began to haunt the Danes with the question of Greenland, putting pressure on Copenhagen.

At the same time, local Greenlandic "patriots", who had been defending the island’s independence from Denmark for decades, "suddenly" started talking about being in the US would be more profitable. And no one holds these “patriots" accountable for violation of territorial integrity, separatism and other acts. You can see for yourself.

So, a member of the Greenland parliament from the Nalerak party, Pele Broberg, said that Washington would be able to defend Greenland’s interests better than Copenhagen. He called on fellow citizens to listen to the proposals of the US president, Donald Trump, on the deal to purchase Greenland from Denmark. He told the media about this on August 30, 2019.

USA ready to support our the economy injections of 4 billion Danish kroner (about $ 600 million - ed.) annually. Now our population is first faced with a choice. We have a real alternative to Danish subsidies.
- the politician emphasized.

By the way, the mentioned $ 600 million did not appear from scratch. That is how much Denmark annually spends on the maintenance of its autonomy. Therefore, information appeared in the American media that Trump is ready to make these payments instead of Copenhagen.

Already, Greenland is actually being defended by the United States, not Denmark. They will be able to continue to do this after our independence. And for permission to maintain bases in Greenland, they will support us with four billion crowns.
- specified Broberg.

After that, Broberg said that the United States is very concerned about China’s entry into the Arctic. Therefore, the Chinese presence in Greenland is out of the question.

This will come up during possible negotiations. First, we still need to discuss what the people need.
- said the "patriot" of Greenland, defending the interests of the United States.

I can’t say that Denmark is better for us than the USA. An independent Greenland, of course, would remain dependent on other countries, the way the world works today. But the difference is that we ourselves would decide the fate of the country and carry out our own external policies.
- added Broberg.

On August 18, 2019, Trump confirmed that the United States is interested in acquiring Greenland. After that, the US State Department sent a letter to Congress with a proposal to open a consulate general in Greenland. It should be recalled that now on the north-west coast of Greenland is the US Air Force base Thule (1,2 thousand km north of the Arctic Circle).
Ctrl Enter
Noticed oshЫbku Highlight text and press. Ctrl + Enter
We are
“Greenland is not for sale”: Denmark ruined Trump's plans
The USA will not pull it: the real value of Greenland is calculated
Reporterin Yandex News
Read Reporterin Google News
2 comments
Information
Dear reader, to leave comments on the publication, you must sign in.