August 30 2019
1
The front-view system for the promising supersonic passenger liner X-59 has successfully passed its first flight tests. This was reported the day before by the American Space Agency. Tests were conducted at the flying laboratory Beechcraft King Air UC-12B. 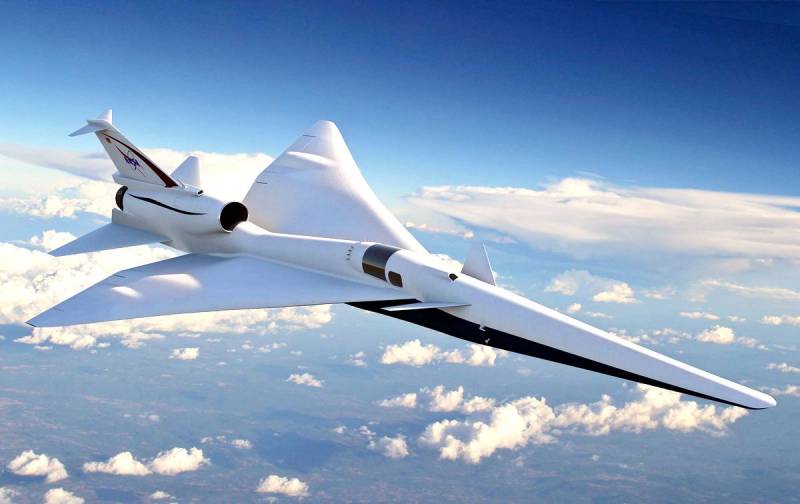 Essence of the above Technologydubbed XVS (external visibility system), it means that an external front-view camera with a resolution of 4K, as well as a retractable camera installed at the bottom of the aircraft, will transmit the image to a monitor located in the cockpit, which will replace familiar viewing window. In addition, the picture will be supplemented with data from all on-board sensors, providing pilots with all the necessary information.

The need to develop such a system arose in connection with the design features of the aircraft. The fact is that an excessively elongated nose prevents the implementation of a full front view by pilots. However, it is worth noting that in the demonstrator of a promising airliner, this part of the fuselage will be transparent, in case the XVS fails during the tests.

Recall that the X-59, which is being developed by Lockheed Martin by order of NASA, should become a supersonic passenger aircraft. He must fly over the inhabited part of the land (now prohibited). To this end, engineers plan to reduce the intensity and number of shock waves, thanks to the special geometry of the wing, an elongated nose and a jet engine with noise-absorbing filters.

Testing of the XVS front-view system should be completed next year. At the same time, the first flight of the demonstrator of the X-59 supersonic airliner is already planned for 2021.

We are in Yandex Zen
It's important
0
NASA's supersonic airliner will get a cockpit with screens instead of windows
The battle for "supersonic": Who will be the first to create the fastest liner
Reporterin Yandex News
Read Reporterin Google News
1 comment
Information