August 29 2019
7
The state-owned Polish Oil and Gas Company (PGNiG) has officially announced that after regasification (the process of converting liquefied natural gas (LNG) from liquid to gaseous) of purchased LNG from the United States, some of this expensive raw material will be delivered via pipeline to Ukraine. Kiev and Warsaw, allegedly, have already agreed on supplies before the end of 2019. 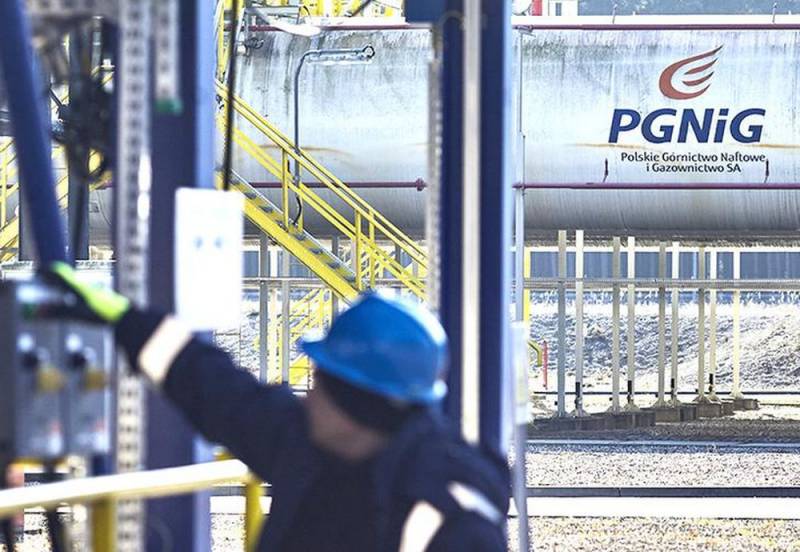 It is reported that a gas carrier (LNG tanker) from the United States will deliver products to a terminal in the city of Swinoujscie (Poland) in November 2019. Gas will be delivered to Ukraine through a point in Germanowice (Poland). Moreover, the specific volume of supplies and their cost are not given in the PGNiG statement.

At the same time, the president of the board of PGNiG, Petr Wozniak, said that in 2020, a total of 39 deliveries of LNG to this terminal are planned. So Warsaw is ready to sell Kiev significantly more gas, but exports from Poland to Ukraine are limited by the capacity of the pipes themselves. Reconstruction of the required site has already been planned, which should be completed before the end of 2021.

It should be noted that the terminal in иноwinoujсьcie was commissioned in 2015. During this time, he received only 70 gas carriers from the United States and Qatar. However, by 2021, it is planned to increase the capacity of the regasification terminal by 1,5 times, i.e. up to 7,5 billion cubic meters m per year.

However, no matter how you say the word halva, your mouth will not be sweeter. Therefore, for clarity, it is necessary to clarify how LNG from the USA materializes in the vastness of Europe.

Initially, gas is produced in the United States. Then it is transported via pipelines to LNG plants, where liquefaction takes place, i.e. the conversion of a gaseous substance into a liquid. In this case, up to 30% of the initial amount of gas may be lost. In addition, the closer the LNG plant is located to the equator, the more expensive the process is (therefore, Russian LNG plants are located in the Arctic). Then, LNG is transported across the Atlantic by special vessels - gas carriers, which consume some of the raw materials during transportation. Poland does not buy LNG at its terminal upon delivery, but at the LNG plant in the USA at the time of shipment. So it’s really “golden gas”. But to Ukraine it will cost even more. Since during regasification, another part of the product is lost.

So, Washington is not in vain arranging its puppets around the world, not sparing time and money for it. Pay for everything, ultimately, will be ordinary citizens of these countries. Therefore, there is a high probability that by 2020 gas in Ukraine will once again “market” rise in price.
Ctrl Enter
Noticed oshЫbku Highlight text and press. Ctrl + Enter
We are
US State Department: Venezuelan Civil War Scenario Ready
Poland signed a new multi-year contract for the supply of LNG from the United States
Reporterin Yandex News
Read Reporterin Google News
Ad
We are open to cooperation with authors in the news and analytical departments. A prerequisite is the ability to quickly analyze the text and check the facts, to write concisely and interestingly on political and economic topics. We offer flexible working hours and regular payments. Please send your responses with examples of work to [email protected]
7 comments
Information
Dear reader, to leave comments on the publication, you must sign in.