The provocation in Syria: who is pushing Russia into Turkey?

August 29 2019
6
While President Erdogan was eating ice cream and peering over Russian fighters at the MAKS-2019 air show, events took place in faraway Syria that could lead to a military clash between the Turkish army and the Russian air forces stationed in the SAR. Who is behind the attack on post number 10, and how will Ankara react to the advance of the Syrians with their allies to their border? 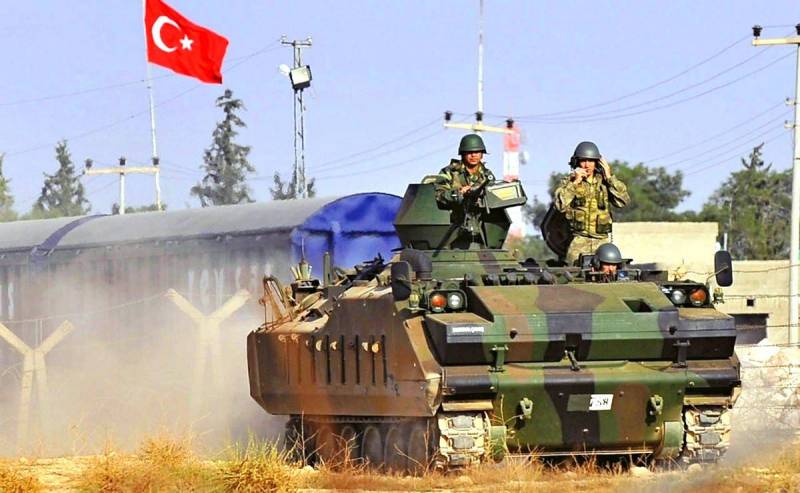 According to the statements of the Turkish television channel Haberturk, an air strike was inflicted by the Syrian air force. Given the fact that the Syrians had previously bombed a Turkish military convoy, the message looks quite believable. However, the Turkish media is not the Turkish Ministry of Defense, and there are other explanations for what happened.

It must be remembered that one could not have to worry at all about the fate of the Turkish military, had they remained in their homeland. But in fact they are invaders, since Damascus Ankara did not give official permission to enter its troops. The Turkish-controlled de-escalation zone in Idlib has become a hotbed of terrorists of all stripes, which pose a serious threat to both the ATS and the Russian air base Khmeimim.

Having liberated the city of Khan Sheikhun, the Syrians moved northwest, towards the territories of the Republic occupied by the Turks. Between the positions of the two armies there was only a small enclave controlled by the militants. On the way of government forces stood Turkish observation post No. 10. In theory, you can simply get around it by taking it into the boiler. But it inflicts a powerful blow. This is explained by the fact that not far from the Turkish military, militants dug in, which were the target. It is impossible to exclude such a scenario, however, a direct clash with the Turkish army is now not in the interests of Damascus.

The Russian Aerospace Forces, indeed, are very actively helping to move the Syrian military to the north. This is in our interests, since this is the only way to move the front line further from the Khmeimim air base, which is under constant attack by terrorists. It is no secret that some of the militants are supplied from Turkey, claims to which were directly expressed to Ankara by the head of the Federation Council, Valentina Matvienko.

It's like that. But right now there is a clear warming in relations between Ankara and Moscow. The Turkish president has seriously quarreled with the United States over the purchase of the S-400, now it is eyeing the Su-35 and Su-57. At the beginning of next year, the Turkish Stream is due to start operating. The situation is hardly conducive to deliberately escalating tensions between the two countries by bombing Turkish observation posts. The element of chance cannot be ruled out, it is a war, but the direct intention does not look quite logical.

According to a statement by the Turkish media, the strike was dealt by aviation, and the terrorists do not. But this information is from the words of the interested party. For example, the famous Russian military expert, Alexei Leonkov, makes the following hypothesis:

The only party who could attack the Turks are the Idlib militants. The latter are now using any means to embroil Moscow and Ankara. Provocations, as you can see, are also moving.

The motivation to embroil the beginning friendship between Russia and Turkey is also among the terrorists, whose positions are pressed by the Syrians, and many more. With the advent of additional information, a more complete picture of what happened will be possible.

We are in Yandex Zen
It's important
4
Gateway to Idlib: Are Russia and Syria Ready to Face the Turkish Army?
Ten "defeats" of Putin
Reporterin Yandex News
Read Reporterin Google News
6 comments
Information