August 29 2019
1
Recently сообщалосьas the Israeli media, referring to the "Arab sources", said that Russia "gave the go-ahead" to the Israeli air force to launch air strikes on the "Iranian bases" in Iraq. And now, Al-Arabiya, August 28, 2019, referring to military sources, informs the public that the Lebanese army opened fire on Israeli drones. 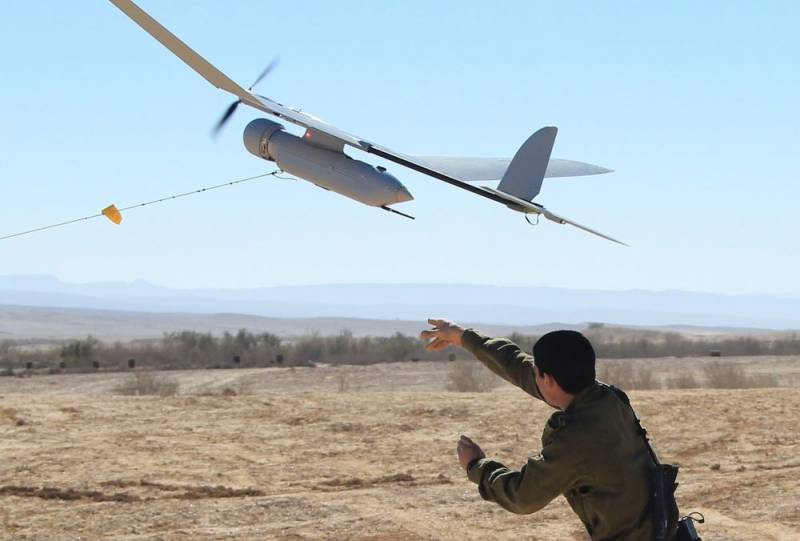 It should be noted that the incident itself occurred immediately after August 25, 2019, Israeli drones attacked the militarypolitical Hezbollah organizations. Then, allegedly, the missile modernization plant was damaged in the Shiite district of Dahi, located in Beirut (the capital of Lebanon). Hezbollah regarded the attack as a “declaration of war," and promised to respond.

This time, we are talking about the tunnels that Hezbollah regularly paves in southern Lebanon, and Israel is looking for them and trying to destroy them. It is clarified that the Lebanese army opened fire on several IDF drones (Israel Defense Forces) in the area of ​​the village of Al-Adis near the border of both states.

It is emphasized that the fire on drones was opened after an “unequivocal order”, both by “air defense systems” and from the M-16 automatic rifles available to military personnel. At the same time, it was not possible to get into drones, after which they safely left the territory of Lebanon, having flown to the territory of Israel.
Ctrl Enter
Noticed oshЫbku Highlight text and press. Ctrl + Enter
We are
Israeli media: Russia has agreed to attacks on Iranian bases
Haftar's army shot down a plane with a foreign pilot
Reporterin Yandex News
Read Reporterin Google News
Ad
The publication is looking for authors in the news and analytical departments. Requirements for applicants: literacy, responsibility, efficiency, inexhaustible creative energy, experience in copywriting or journalism, the ability to quickly analyze text and check facts, write concisely and interestingly on political and economic topics. The work is paid. Contact: [email protected]
1 comment
Information
Dear reader, to leave comments on the publication, you must sign in.