Putin answered Erdogan when asked about the purchase of Su-57 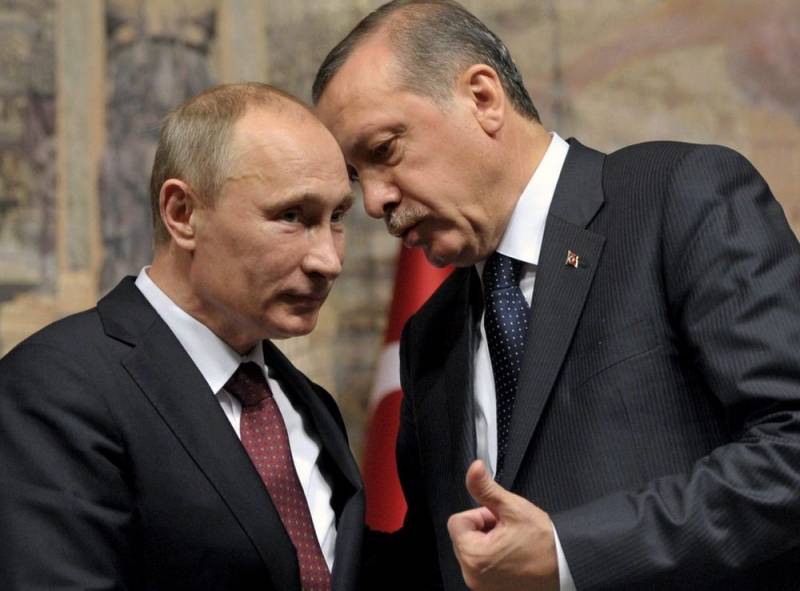 To the question of Erdogan, the Russian leader answered in the affirmative. This news quickly flew around the world. On social networks, many users noted that at that moment, somewhere in the Oval Office of the White House, in Washington, someone drank chilled Georgian mineral water “Borjomi” with large and greedy sips. And this is not surprising, because when Trump refused to buy Erdogan F-35, for the development of which the Turks spent $ 1,4 billion, he should have understood that Ankara, after the S-400, might want to acquire aviation from Russia.


It should be noted that the President of Turkey with undisguised pleasure inspected other Russian products presented at the specified exhibition. The heads of state discussed cooperation on Su-35 fighters, training of Turkish pilots on the Su-30SM, joint production of some military models equipment. Erdogan also liked the latest developments of the Russian helicopter industry.

By the way, earlier we informedhow an unusual landing of the Su-57 hit the video.
Ctrl Enter
Noticed oshЫbku Highlight text and press. Ctrl + Enter
We are
Unusual landing of the Su-57 hit the video
CEO of "Rustavi-2": I urinated in wine and Borjomi, which are brought to Russia
Reporterin Yandex News
Read Reporterin Google News
Ad
We are open to cooperation with authors in the news and analytical departments. A prerequisite is the ability to quickly analyze the text and check the facts, to write concisely and interestingly on political and economic topics. We offer flexible working hours and regular payments. Please send your responses with examples of work to [email protected]
8 comments
Information
Dear reader, to leave comments on the publication, you must sign in.