12 reasons why you should not live in Russia: a view from abroad

August 27 2019
25
How does anti-Russian propaganda work? Some real facts are taken, representing the country in a negative light, an emphasis is placed on them, and at the same time they are consciously silent about the positive aspects. All this is mixed with certain stable stereotypes about Russia, and a vigorous Russophobic mixture is obtained, which is served to an unprepared consumer. Unfortunately, our former compatriots sometimes take part in this indecency, one of whom acquainted Western readers with his essay entitled “12 Reasons Why Russia Sucks”. 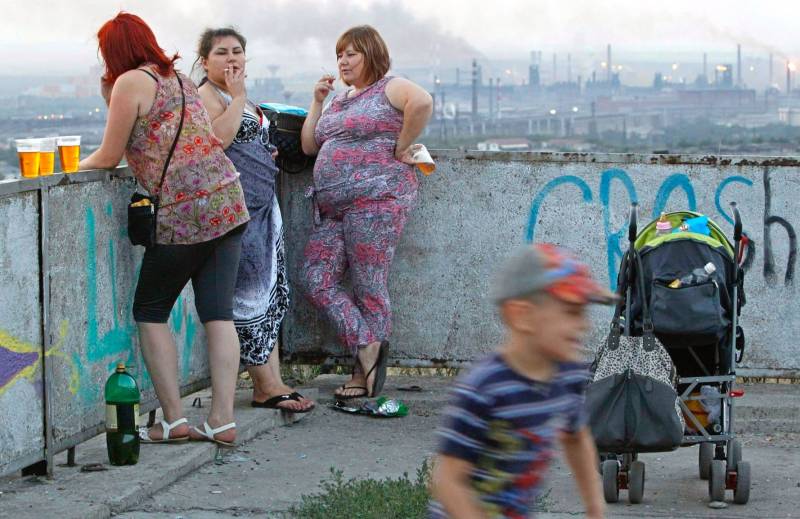 The original is available at link. The opus is quite voluminous, so in brief we will try to analyze all our “12 deadly sins”, according to the emigrant, and remain objective.

The author of the essay warns foreign tourists that it is not worth creating the impression of Russia in Moscow and St. Petersburg with their skyscrapers, theaters, museums and luxury cars on the streets. Instead, he cites specially selected photographs of provincial cities to demonstrate which Russia is real. These are ugly human anthills, gray and dirty. To himself, the author says that he himself lived in Tula.

Well, we recognize that the difference between our two capitals and the province is huge. But this is the case everywhere, both here, in the USA, and in Europe. You can also bring some unsuccessful photographs of some areas of London or Paris, inhabited mainly by immigrants, and poke, look. The American wilderness will look no better than Tula.

By the way, Tula on a fine spring day looks very even nothing, and not only she. In general, a lot depends on the selection of the visual series and its presentation. This can be seen in the photographs of Russians, accompanied by unflattering comments by the author. They are a certain pensioner in a revealing coat and a man eating a barbecue, squatting in the middle of a pile of garbage. This, like, is how all Russians fry kebabs.

Again, there really are a lot of poor people in Russia, but let's give photos of American homeless people sleeping on the streets. Even according to official statistics, there are more than half a million of those in the USA. No one is forbidden to fry and eat kebabs among the garbage, but remember when you personally or your friends did something similar? It’s not worth all to measure by frank scum.

Further, the author of the opus discusses the subject of "submission to the Russians," who obeyed the tsars unquestioningly, and now Putin, "marching to their graves." As a blessed time, he calls the freeman of the nineties.

Well, the Russian people are really patient, which should not be confused with humility. But sooner or later - and his patience ends, which is confirmed by the two revolutions of the beginning of the last century, as well as the victory over the Third Reich with its misanthropic ideology.

The author claims that the Russians don’t give a damn about everything, even how their cities and their entrances look. Allegedly, each elevator is depicted with images of genitals, and in each they have already managed to urinate. The lights are stolen, the benches are all broken, the walls are dirty, dog stool is everywhere. Note that as an authoritative one, the opinion of the famous "patriot", Artemy Lebedev, is given:

Well, the areas and entrances are different. Somewhere, the truth is all dysfunctional, in others, on the contrary, flowers grow on window sills. It is so everywhere. In particular, in the entrance, where the author of this review lives, there is no “cave art”, no one defecates in the elevator, there are equipped playgrounds, horizontal bars and bars in the courtyard, pensioners grow flowers on lawns. And this is not some kind of business class, but an ordinary panel microdistrict in the suburbs. There is also a barbecue area, by the way, very popular among residents, where there is neither garbage nor dog poop.

In general, everything is different everywhere. You can also poke on the photo of the entrance somewhere in Harlem, and what does that say?

Further, the emigrant passes through our victory over Nazi Germany, along the way pointing out about "millions executed in the Gulag." By the way, the number of executions during the years of repression of the thirties did not exceed 1 million, and far from all of them were carried out. Regarding the number of people sitting in the Gulag, historian Viktor Zemskov explains:

For comparison, about 2,2 million people are currently sitting in the United States. Of these, 60% are African Americans and Hispanics who simply cannot afford a good paid lawyer. Okay, a little distracted to the side. The author of the opus comments on the attitude of Russians to May 9:

By "celebration" the Russians mean drunkenness before losing consciousness and beating someone else's muzzle. This is the day when car owners proudly drive around the city with “We can repeat” stickers.

Commenting on this is simply pointless.

Our former compatriot links the image of the “external enemy” among the Russians in the person of the USA with the “myth of victory”. Here is how. Now the victory of the USSR over Germany is already a myth? No comments.

The author of the opus at the same time tries to link our "slavish humility" with our own "complete lawlessness", hiding behind a classic quote:

The strictness of Russian laws is mitigated by the non-binding nature of their implementation.

We, "little people", smoke in the porches, cross the street in the wrong place, park on the lawns, give doctors cognac and sweets. We are terrible people ... But in the USA or quiet and prosperous in all respects New Zealand, apparently law-abiding people, they take automatic weapons and shoot other people. And in the United States, bribery is completely legalized under the guise of "lobbying."

Further more. The author of the opus explicitly calls Russia “religiously fanatical, like ISIS” (ISIS is a banned terrorist organization in our country). As a justification, he cites facts such as the presence of “mobile prayer stations” in the army, the provision of an honor guard to meet the relics of the saint, and a rather nice tradition of consecrating missiles before launch. He also argues that the “state religion” in Russia spreads the myth that AIDS is stressful and HIV does not exist.

As for the "state religion" - this is a direct lie, according to the Constitution of the Russian Federation - a secular state. Although it must be admitted that the ROC is really beginning to play an increasingly important role in our lives.

According to the emigrant, all Russians are fatalists because of hopelessness. He quotes from a famous film, for some reason considering it a “proverb”:

Not we such, Life is such.

Well, to make such broad generalizations on the feature film "Boomer" is very bold.

The author of the opus rode around the late Mikhail Zadornov, who coined the expression about "stupid Americans." However, he points out that, seriously ill, the writer went to the EU for treatment.

Well, Mikhail Nikolayevich was a wealthy man and he himself chose where to be treated. No one says that modern Russian medicine is the best in the world. But I wonder what the cost of oncology treatment would be for an average American in his homeland, in the USA?

As for the number of Nobel laureates, which the United States really has more than Russia, it must be understood that we are simply in different conditions. After the collapse of the USSR, Russian science was in decline for a long time, which is why many of our laureates today work abroad. The United States, by contrast, has created the conditions for pumping out brains from around the world. Hence the different results.

The Russians, allegedly, unreasonably hate everyone and show aggression towards foreigners. Interestingly, the author of the opus judges the Russians by players in online shooter games. Somehow seriously, this argument is difficult to comment on.

Well, of course, where without Russian vodka? He's writing:

I would like to say that drunk Russians are just a stereotype. But, firstly, this would be contrary to official data on world per capita alcohol consumption. And secondly, unfortunately, the way it is.

In general, according to statistics, our country is not even one of the five most drinking countries. It is a myth that we drink the most in the world. Yes, many Russians drink, but not all, and not only Russians, do it. A difficult life pushes people to a bottle, but not everyone chooses vodka. Others go in for sports, fitness, study, work, and relax abroad. You can not generalize so widely.

Finally, a spit in our direction from the emigrant:

Finally, after all of the above, after you saw the dark side of ordinary Russians - cruel, indifferent, ignorant, spineless people - is it not surprising to find out that at the same time they are incredibly proud of their country? .. Although patriotism - this is a moronic feeling, I can understand the patriotism of the Americans - after all, they belong to one of the most influential countries.

The author of this opus review has always had a hard time understanding how Americans can be proud of their country built on the bones of Native Americans, the terrible exploitation of black slaves, a series of wars of conquest and the dropping of two atomic bombs on Japanese cities. But he is proud of his country, which destroyed class division, gave the population social guarantees, defeated Hitler, sent the first man into space, sent atomic energy into a peaceful channel, etc. This list of achievements that is truly prideful takes up a couple of A4 pages.

We are in Yandex Zen
It's important
51
“With Russians it’s worth playing fair or not playing at all”
They lied to us for 70 years? Who was Lenin really?
Reporterin Yandex News
Read Reporterin Google News
25 comments
Information