Ukraine accused the republics of Donbass of using prohibited weapons

August 27 2019
1
Recently we Reported, like the Ukrainian military "shtirlitsy", noticed the withdrawal of tanks from the Donbass. And now, the Ukrainian military is already accusing the LPR and the DPR of using weapons prohibited by the Minsk agreements. This is reported by the headquarters of the Operation of the Joint Forces (OOS) on its official Facebook page. 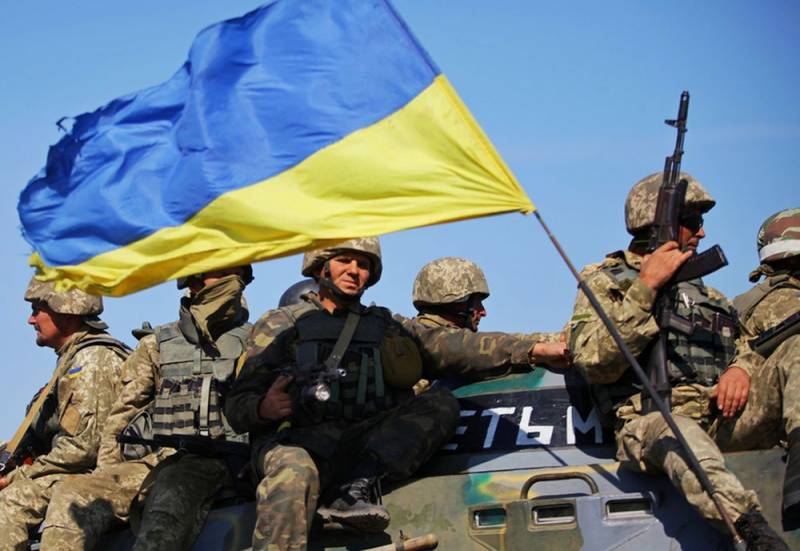 The uncompromising “patriots” from the OOS have published a summary as of 07:00 on August 27, 2019. According to their data, over the past 12 hours the "invaders" violated the ceasefire 21 times (the next ceasefire began on July 2019, 82). OOS positions were fired from XNUMX-mm mortars, various grenade launchers, heavy machine guns and small arms.

On August 26, armed groups of the Russian Federation and its mercenaries violated the ceasefire 12 times. The enemy fired on the positions of the United Forces from weapons prohibited by the Minsk Agreements - 82 mm mortars, as well as from grenade launchers of various systems, heavy machine guns and small arms.
- says the statement of the OOS.

After that, a list of positions subjected to shelling is given (7 - in the area of ​​operations of the Vostok operational-tactical grouping, another 5 - in the area of ​​the OTG Sever). It is clarified that as a result, one member of the Armed Forces of Ukraine was injured.

It must be recalled that in the DPR and LPR daily ceasefire violations by the Ukrainian security forces are recorded. For example, recently сообщалось about how the breakthrough of the Ukrainian marines failed.
Ctrl Enter
Noticed oshЫbku Highlight text and press. Ctrl + Enter
We are
The breakthrough of the Marines of the Armed Forces failed: the command will recoup on the soldiers
In the DPR, they talked about the suppression of APU firing points in the Donbass
Reporterin Yandex News
Read Reporterin Google News
Ad
We are open to cooperation with authors in the news and analytical departments. A prerequisite is the ability to quickly analyze the text and check the facts, to write concisely and interestingly on political and economic topics. We offer flexible working hours and regular payments. Please send your responses with examples of work to [email protected]
1 comment
Information
Dear reader, to leave comments on the publication, you must sign in.