Promotion or disgrace: for which Glazyev was "removed" from Putin

August 27 2019
16
The departure of Sergei Glazyev from the post of Advisor to the President of the Russian Federation on the economy and his appointment to the post of the Eurasian Economic Commission, raised many questions. Many of the ideas of academician Glazyev on the development of the Russian economy caused a very mixed reaction in liberal circles. What is a well-deserved increase or honorary resignation of an “informal” economist? 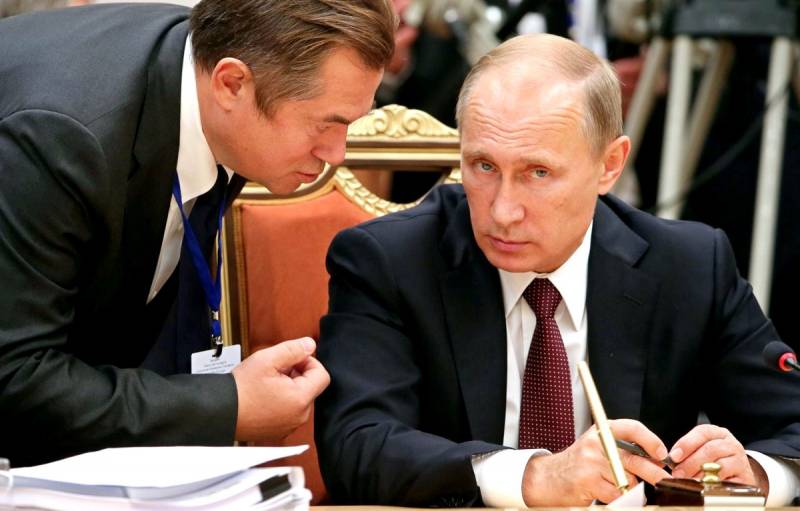 Sergey Glazyev is a doctor of economic sciences, a member of the Russian Academy of Sciences. At one time, he was a member of the government and a deputy of the State Duma, and held other senior positions. In 2004, Sergei Yuryevich even ran for president of the Russian Federation, as a self-nominated candidate, and received 4,1% of the vote, which put him in an honorable third place. What are political and economic views of the now former adviser to President Putin?

Dedollarization of the Russian economy

Today, after the introduction of Western sanctions, it is very fashionable to reason on this topic. Sergei Glazyev, in turn, proposed the following:

It is necessary to immediately take measures to de-dollarize the Russian economy, eliminate dependence on the dollar in mutual trade and joint investment activities with the states of the EAEU, SCO, BRICS, and oust the dollar from Eurasia as a toxic currency.

And this is as of 2013, when neither the Maidan, nor the “Crimean Spring”, nor anti-Russian sanctions have happened. Long before all these events, the academician warned that Americans have the opportunity to seize accounts and other assets, block settlements in dollars, and crush competitors with sanctions. This is exactly what happened.

Sergei Glazyev proposed to stop lending to the economy of the aggressor country, not to bring foreign currency earnings abroad, but to send them to the real sector of Russia. To consider gold as the main means of saving, bring it to 55% of all reserves, instead of 20%, as it is now.

Independent and its inhabitants were the victims of a hybrid war led by the United States. After the Maidan, Kiev signed an agreement on Euroassociation, which opened the way for the plunder of the former Soviet republic by Europeans and Americans. They need Ukraine only as a market, a source of resources and cheap labor, as well as a military bridgehead against Russia. The country's population is rapidly becoming poorer and goes abroad.

Glazyev sees the only chance to save Ukraine in her joining the Customs Union and the beginning of cooperation with the Russian Federation and the EAEU countries. And, alas, this is pure truth, no matter what the supporters of the “European path” might think.

About the U.S. Hybrid War

The academic noted that the main goal of the United States is not Russia, but China, which over 30 years has increased its GDP by 30 times and has become a real threat to American dominance. China is becoming not just a “global assembly workshop”, but also a technology leader. Thanks to Beijing's investments in science and education, by 2030 in the PRC there will be about 15 million workers in engineering, technical and scientific specialties. Washington unleashed a hybrid war against Beijing, but so far the result is slightly different than planned, said Glazyev:

Its main result is the strategic alliance of Russia with China and the strengthening of the latter as the leader of the new world economic and, over time, technological structure.

Since China alone cannot be broken by economic methods, the US is highly likely to switch to military-political coercion. The main threats posed by Washington are the PRC and the Russian Federation. With the advent of Donald Trump with his slogan “America First,” the likelihood of this scenario has increased. The continuation of such a policy can lead to disaster both the United States and the whole world.

The academician rightly pointed out that the first US and EU sanctions coincided with the decision of the Central Bank of the Russian Federation to raise the key rate to 8% and to let the ruble go on a “free float”. The cost of loans has led to a decrease in business activity, a drop in production and an increase in inflation. However, all this was attributed to malicious Western sanctions, the influence of which, of course, cannot be denied.

As noted by Sergey Glazyev, instead of developing a domestic economy that suffers from restrictive measures, the Central Bank of the Russian Federation created conditions for squeezing money out of it, which went into financial transactions, and eventually settled in foreign offshore. In the publications of the academician, a certain relationship was established between the actions of the US Treasury and the Central Bank of the Russian Federation:

The imposition of sanctions in order to close external sources of lending to Russian companies; raising interest rates to block their domestic lending; collapse of the ruble exchange rate with a view to macroeconomic destabilization, provoking panic, depreciation of income and ruble savings of citizens.

What hinders the economic growth of Russia?

Glazyev again points to the activities of the Central Bank of the Russian Federation, which "sucks money" out of the economy, instead of financing its development, and to state banks that prefer to engage in speculative operations and the seizure of property of insolvent borrowers. Bankrupt enterprises instead of recovering bankrupt. Successful ones are “wrung out” by raiders with the help of people in uniform, and all this is legalized by a corrupt judicial system.

As a result, according to various sources, from 35% to 50% of Russian entrepreneurs are morally ready to sell their business so as not to lose it corny during a raider takeover. The failure of the government to effectively carry out its work, against the backdrop of the successes of neighboring China, inexorably leads to a decline in the authority of all branches of the Russian government. Glazyev repeatedly presented his vision of the problem and the possibility of solving it to the president and other authorized persons.

For such assessments in public space, a label was put on him wishing to "take everything away and share it." Is it any wonder that a public person expressing such considerations was ultimately removed from the country's president?