Baiterek: Cosmic Enmity and Friendship between Russia and Kazakhstan

August 30 2019
5
The project, which began as a mechanism for closer integration of the two countries, risks turning into another foreign policy failure. 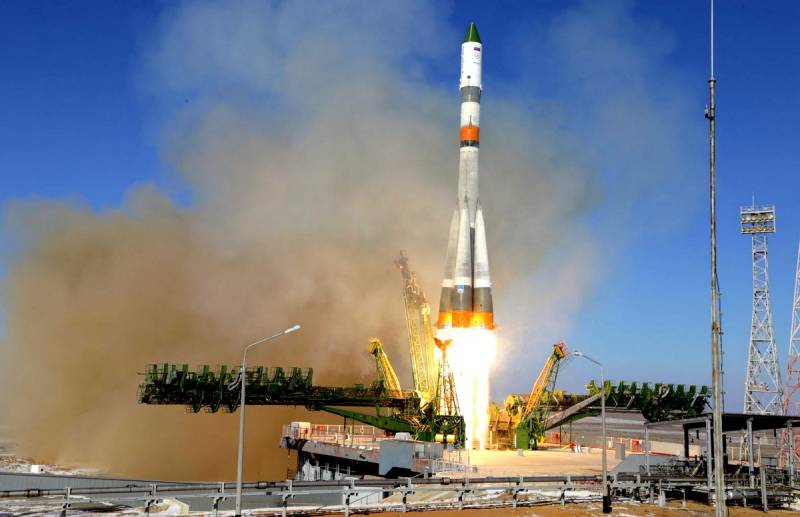 Brothers as long as there is a Baikonur

As we know, Vostochny never became the space gate of Russia. Since its commissioning in 2014, it has performed four starts, one of which ended in failure. At the same time, Russia is still, without exaggeration, among the leading space powers, having made 2018 space launches in 17. In all honesty, hardly in the next decade more than two or three missiles per year will be launched from Vostochny. The spaceport, in fact, became a reserve, in case of unforeseen incidents.

Recall that modern Russian astronautics are based on the opportunities that Soviet missiles give it and the Soviet Baikonur cosmodrome, located in now independent Kazakhstan. It would seem that each of the parties is interested in cooperating as closely as possible in the space industry.

But it’s not so simple. Firstly, the Kazakhs were sharply against one of the main Russian missiles - the heavy Proton-M. The same one, which before the appearance of Falcon 9, also related to the heavy class, provided, along with the old "Unions" of Russia, leadership in the space launch market. Now the rocket is already, consider, in the past. Kazakhs often criticized the asymmetric dimethylhydrazine or heptyl used as the fuel for Proton. It is a highly toxic carcinogen that can cause seizures, loss of consciousness, pulmonary edema, and death. 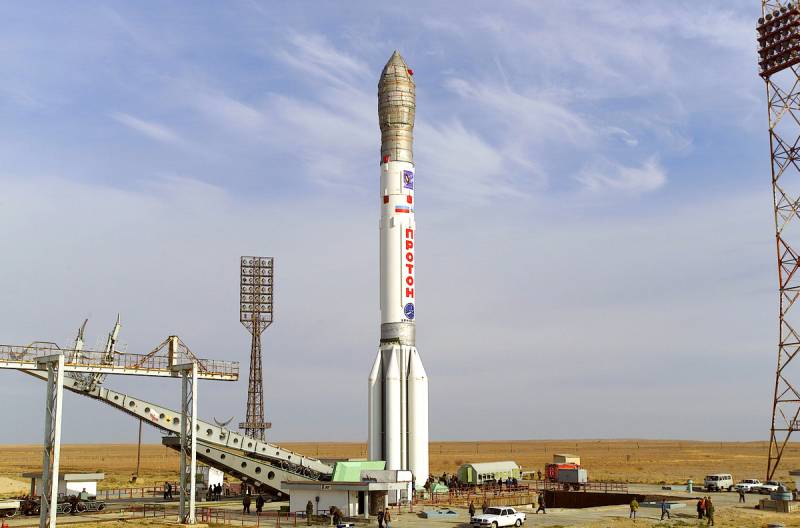 In 2007, Proton-M fell 40 km from the city of Zhezkazgan: of the 60 million dollars requested as compensation by the Kazakh side, Russia paid 2,5 million. Needless to say, the situation after that (already not too rosy) went completely awry.

Back to the present

For an ordinary person, the word “Baiterek” does not mean anything, or distant images of the negotiations between Putin and Nazarbayev come to mind. In fact, this is important. The project, launched in 2004, was intended to find a replacement for the toxic Proton and to de facto guarantee that Russia could continue to launch its rockets into space. Not being politely expelled by the Kazakhs from Baikonur.

It all started well. The concept was based on the Angara carrier, which at that time seemed the pride of Russia: new, modern, with many different versions for different tasks. Reality turned out to be much worse. The project went up from year to year, and one launch of the far from the most modern Angara A5 rocket (as of today) turned out to be twice as expensive as the Proton-M launch price. A solution was also found here: the Zenit rocket produced in Ukraine, which many considered the best Soviet launch vehicle and continues to consider now.

She is probably the best after ours. 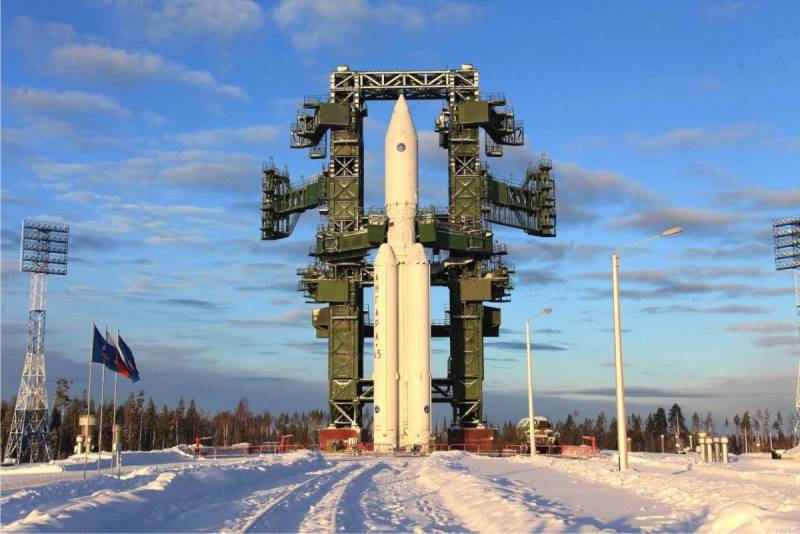 The Russian-Ukrainian conflict actually buried this project, and indeed all Ukrainian rocket science as a whole.

Further more. When the Zenit story ended in nothing, Russia wanted to get its own Zenit. Everyone knows him well as “Phoenix”, “Irtysh”, and even more often as “Soyuz-5”: a strange name, given that the rocket has almost nothing in common with the old Soviet “Soyuz”. 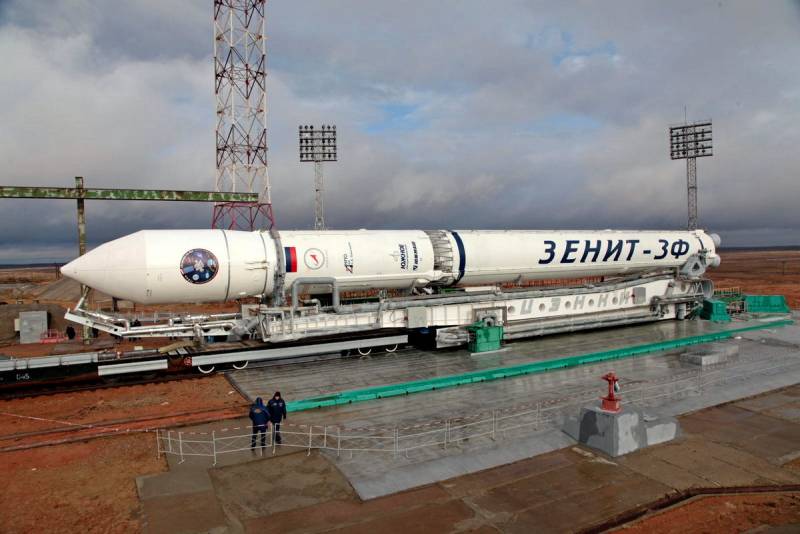 However, here the situation did not work out, although it is difficult to make any claims to the media purely conceptually. Minimum blocks, proven Soviet RD-171 engines underlying the design. In a word, it could not be so bad. Earlier, the Director General of S7 Space Transport Systems, Sergey Sopov, said that Soyuz-5 had become a grown and thickened Soviet rocket, which, with all its advantages, was developed for a long time.

Zenith is a wonderful medium with beautiful technical characteristics, but repeating it at a new technical level, moreover, by 2022, when our competitors will go even further, does not look like the best solution, ”

Currently technicaleconomic The rationale for the Baiterek project is undergoing an economic review. The opening of financing is planned from 2020. The amount of reconstruction of the launch and technical complexes for the Baiterek project will be determined by the results of an economic examination,
- stated RIA News in the aerospace committee of the Ministry of aerospace industry of Kazakhstan. 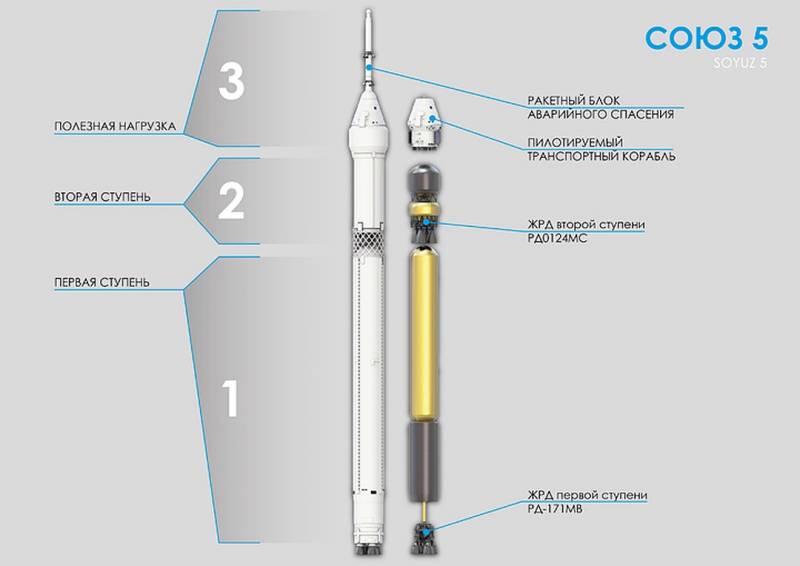 In addition to Baikonur, in theory, a new rocket can be launched from the Vostochny and the Sea Launch private spaceport. However, in both cases, one to three launches of this type of carrier can be expected per year. This, of course, is critically small, given the amount of energy spent on the creation of the rocket. However, the Baiterek project is still alive, which means that not everything is so bad. There are technical risks, of course, but they can hardly destroy the Russian-Kazakh friendship, despite past grievances.

But what really can affect the plans of Russia is China, which for some reason many consider Russia to be an “ally”. This is strange when you consider that it is he who is precisely squeezing the Russian Federation out of Kazakhstan, having long been the main trade and political partner of this country. In fact, a Chinese protectorate has been established over Kazakhstan, which means that the Celestial Empire will leave an imprint on the external policies new old authorities of Kazakhstan.

So far, China has enough of its starting capacities and the question with Baikonur, as far as one can judge, is not worth it (at least, acutely). In the future, of course, the dependence of the former Soviet republic on its powerful patron will only grow. So, “Baiterek” willy-nilly will become a hostage to relations between Russia and China.

Perhaps, in this regard, it would be most appropriate for the Russian Federation to complete what was started to the end and make the Vostochny the main spaceport - at least in the future. At least just so that the money invested there would have at least some sense. There have been indecently many “national projects” aimed at actually enriching the court oligarchs in recent years. Let at least one of them have a meaning that is understandable to ordinary people.