August 24 2019
31
Superjet 100 received another fashion hit. As soon as the reputation of the “Russian news” recovered after a terrible catastrophe with numerous casualties in the suburbs of Moscow, the last foreign airline Interjet refused to operate this short-haul airliner. Mexicans diplomatically referred to the difficult financial situation, but all parties concerned are aware of the true reasons. Why did the “hope of the domestic aircraft industry" fail with such a crash, and is the same fate awaiting the MS-21? 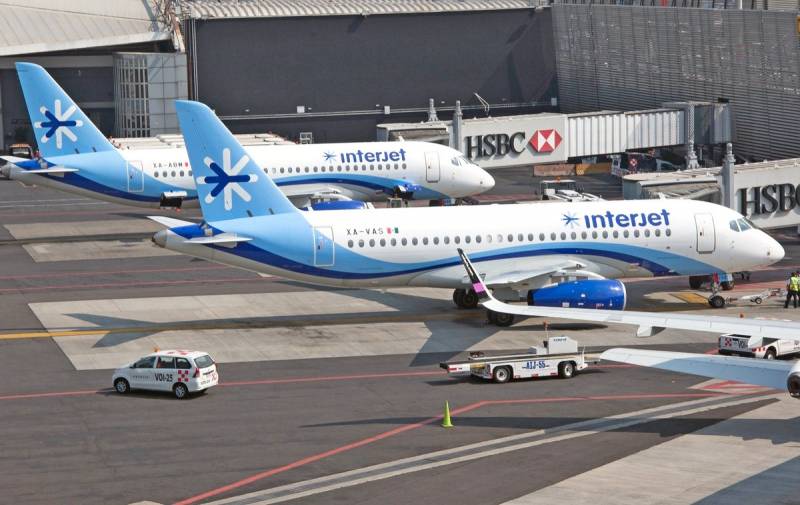 Russia is a country of gigantic distances; some regions are difficult to access. Therefore, developed civil aviation is a prerequisite not only for economic growth, but also for the overall cohesion of the Russian territories. At the end of the existence of the USSR, in 1990, 142 million people were transported by air, in fact, the population of modern Russia. In the crisis year of 2014 - only 35 million, in the current year - 80 million passengers are expected. For comparison, in Germany, 350 million people use air transport per year, in the PRC - 600 million, in the USA - almost a billion people.

In fact, air travel is available to no more than 5-7% of our compatriots. For example, in our new “tourist mecca” - Crimea, the Russians prefer not to travel by plane, but by personal vehicles, and everyone is looking forward to the opening of the railway connection. It goes expensive by plane.

But why is the price of air tickets so high? Is this really due to the fact that the national aviation industry was ruined and we were forced to transfer to expensive foreign airliners? The answer will be ambiguous: yes and no.

Yes, our own civilian aircraft industry is in decline. We fly mainly on Boeings and Airbuses. But another thing is striking: the cost of a flight on a “domestic” Superjet-100 airliner is 20% more expensive than on an American or European competitor. How is this even possible in our country?

The answer is that Russia initially went along the “crooked path”, trying to restore the civilian aircraft industry. At one time, instead of the already completed Tu-334, a bet was made on the Superjet, which in fact turned out to be 80% banal designer of imported spare parts. When trying to sell the “Russian” airliner to Iran, it turned out that it was generally one fifth - American. In other words, the assembly plant in our country is totally dependent on suppliers from the USA, Canada, France and Great Britain, countries that are not too kind to Russia.

Okay, theoretically - you can gradually replace parts with your own. But it turns out that the manufacturing company GSS is corny not able to provide after-sales service. Why are Boeings and Airbus ahead of the rest, despite the fact that their planes are by no means cheap? American and European companies guarantee the delivery of any spare parts to anywhere in the world within 3 hours. As a rule, they are administered in 4-XNUMX hours.

And what about the GSS, says Oleg Smirnov, ex-deputy minister of civil aviation of the USSR:

There is no clear system for maintaining airworthiness on the part of the manufacturer; a faulty aircraft is put to the fence. A non-flying airplane is a stranglehold on the financial position of an airline. When the plane is standing, leasing payments continue to go. At "Aeroflot" almost half of the SSJ 100 does not fly.

Due to the complete insolvency of GSS in the timely servicing of purchased Superjets, the Mexican company Interjet refused its services. It is because of the endless downtime of these aircraft, with such a margin of 20%, that Aeroflot sells its tickets. That, in fact, is all.

That is, there are problems in civil aviation, but they are "solved" by choosing the initially dead end path, having swallowed billions of budget funds for this, and then serving their products through the sleeves. Since no fundamental changes have been heard in the aircraft industry, there are no guarantees that the MS-21 will not step on the same rake in the end.