The cost of a luxury Russian sedan has become known

August 23 2019
10
On August 23, 2019, the first showroom Aurus (Aurus), the Russian brand of executive cars, was held in the IQ-quarter tower on the territory of Moscow City. The opening ceremony was attended by the head of the Ministry of Industry and Trade (Ministry of Industry and Trade) of Russia, Denis Manturov, and the general director of Aurus LLC, Adil Shirinov. 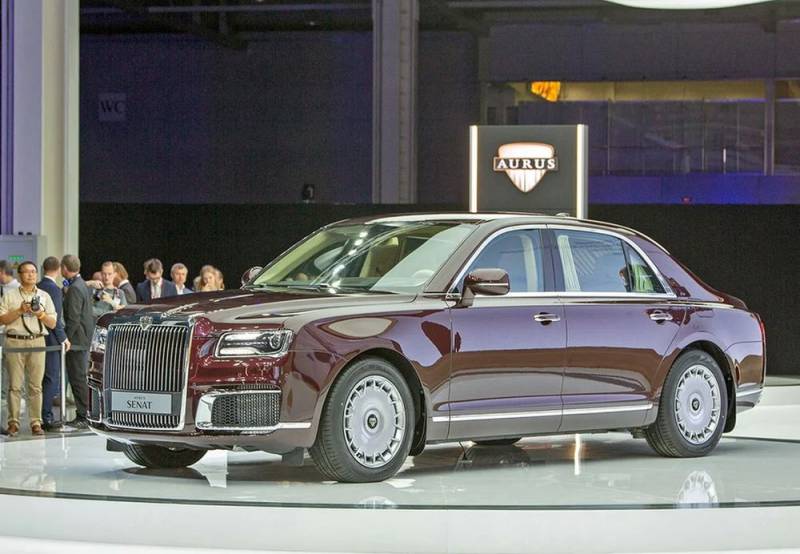 It must be recalled that Aurus is the market name of the Russian motor project Cortege, in the framework of which products of the executive (luxury) class are developed. The project was launched in 2014. Over the five-year period on a single platform, a whole line of high-quality cars was created: a sedan, limousine, convertible, minivan and SUV.

In addition, special Scorpion tires were created for cars of the Aurus family at a joint venture between Italian Pirelli and the Russian state corporation Rostec. By the way, Pirelli is one of the five most powerful manufacturers of car tires. Now the company belongs to the Chinese chemical giant China National Chemical Corp (ChemChina). Now each Aurus wheel is able to withstand loads of up to 1060 kg., At a maximum speed of 270 km / h.

We are in Yandex Zen
It's important
5
The Ministry of Industry and Trade told about the achievements of the Russian brand Aurus
Who is responsible for the "Cortege"? In LLC Aurus management has changed
Reporterin Yandex News
Read Reporterin Google News
10 comments
Information