August 23 2019
1
Donald Trump's next extravagant proposal made a fuss and immediately split Europe. The American president said he did not object to Russia's return to the G8. French President Emmanuel Macron obediently supported the idea of ​​a senior comrade, but German Chancellor Angela Merkel spoke out against. What is behind the words of the head of the White House, and with whom does he really want to quarrel with whom? 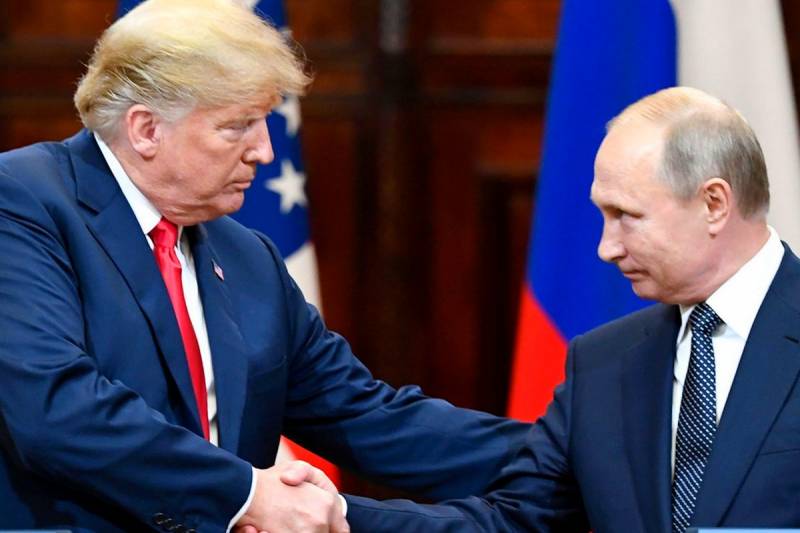 These are G7 (Group of Seven) and Russia. The “Group of Seven,” erroneously called the “Big Seven,” includes the most developed capitalist countries: the USA, Great Britain, Germany, France, Italy, Japan, and Canada that has joined them. By its status, this is a kind of international club, even without a charter, whose members decide annually among themselves how the rest of the world will be divided. Joke. Of course, they simply directly discuss the most pressing problems and develop “coordinated approaches” on them.

Russia, according to today's terminology then still “not kneeling,” was accepted into the club in 1997, and it was transformed into the G8. In 2006, we even hosted the only summit of this organization. The question arises, why did Russia of the late nineties sample be accepted into a narrow club of advanced powers?

It can be assumed that this was done with a large advance; President Yeltsin was patted on the shoulder for the movement "in the right direction." It is significant that in 2014, when Russia rebelled with Crimea, they pointedly pointed to the door. And this leads to certain thoughts.

I have been to many G7 meetings, and I suppose that President Obama thought that it’s not good when Russia is in the lineup because Putin outplayed him, so he wanted to exclude Russia. I think it is much more advisable when Russia is a part, and therefore it should be the G8.

Of course, Trump’s proposal, if desired, is quite possible to fit into the logic of the fight against “Obama’s legacy”. Indeed, the President of the United States is consistently breaking all international designs created by his predecessors. So why should the GXNUMX be an exception? The opposite reaction of France and Germany shows that a split has immediately occurred on this issue.

But still, the idea of ​​Donald trump is, most likely, not to embroil Europe, but to drive a wedge between Russia and China. It’s hard not to notice Moscow’s drift towards Beijing, the Kremlin doesn’t have any particular options, since its own national development project has not yet been formulated.

Washington does not like all this, therefore, that the purchase of Greenland, that the invitation back to the G8, are projects directed against deepening cooperation between Russia and China. If President Putin begins to "behave", he will also be patted on the shoulder in a friendly manner and, perhaps, even a couple of sanctions will be lifted.

We are in Yandex Zen
It's important
3
Ukraine from the inside: traitors, curators and those who watch from the Kremlin
Ten "defeats" of Putin
Reporterin Yandex News
Read Reporterin Google News
1 comment
Information