Israeli media: Russia has agreed to attacks on Iranian bases

August 21 2019
3
For some time now, the media in several countries have arrogated to themselves the right to make promises on behalf of Russia. For example, the Israeli The Jerusalem Post, referring to a publication in the Arabic-language newspaper Asharq al-Awsat, reports that over the past few weeks, the Israeli Air Force launched several air strikes on "Iranian bases" in Iraq. Moreover, Russia and the USA allegedly gave consent to this. 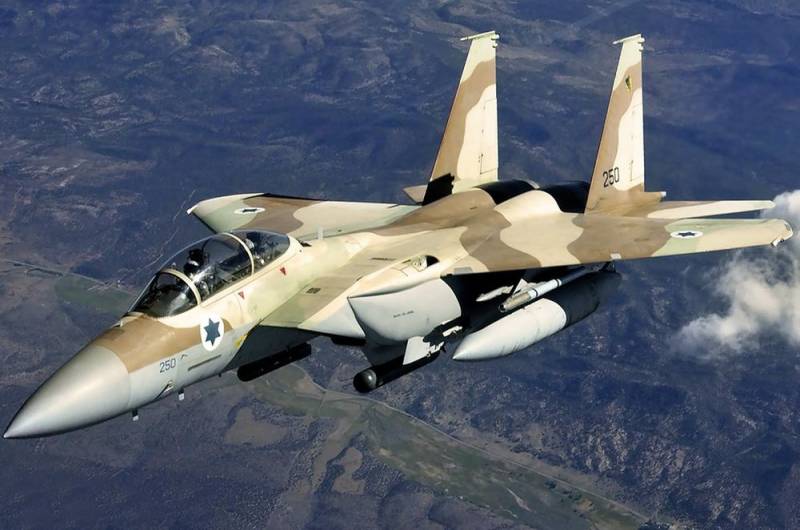 It should be noted that such publications are a favorite scheme of the intelligence services in the West, and Israel has long been firmly embedded in this system. By the way, the Asharq al-Awsat newspaper is owned by a Saudi research and marketing group, and the editor-in-chief is Tariq Al-Humeyd, who at one time served as Iraqi vice president, but then was forced to flee to Iraqi Kurdistan and later move to Saudi Arabia. This is the same Tariq Al-Humeyd, who has repeatedly said that he cannot guarantee the non-involvement of any of his security personnel in terrorist activities. So only those who specifically asked him to publish this or that stuffing for subsequent distribution can trust such a “source of information”. In addition, Saudi Arabia is part of the anti-Iranian coalition.

The publication said that in Moscow and Washington with understanding they perceive the activities of Tel Aviv to "ensure security". Therefore, Israel must continue to monitor Iran’s actions in the region and launch new attacks with precision and long-range weapons.

Following this are a few examples. So, on August 20, 2019, Israel struck at the arms depot of the pro-Iranian Shiite militia supported by Tehran in Iraq. The strike was launched at Balad Air Base, 80 km away. from Baghdad. As a result, it was allegedly possible to destroy 50 missiles (which ones are not specified).

And before that, Israel attacked another ammunition depot southwest of Baghdad, belonging to the same Shiite militias, which are always called "pro-Iranian". Then, as a result of the blow, one civilian died, and 13 were injured of varying severity, and all this was presented as a struggle for "democracy."

In turn, The Jerusalem Post recalls that Israel has repeatedly warned that it will not allow an Iranian presence in Iraq or Syria. Therefore, strikes will continue to be fought.

Naturally, these media did not forget to mention that Iran directly finances and supplies with everything necessary the mentioned militias (Iraqi professing Shiism). At the same time, he forgot that it was these militias with arms in their hands who fought and continue to fight against the ISIS group (a terrorist organization banned in Russia) in Iraq and Syria, while Israel was treating wounded jihadists.

This suggests that Israel will bomb the countries of the region until they have reliable air defense and an army capable of defending their country.
Ctrl Enter
Noticed oshЫbku Highlight text and press. Ctrl + Enter
We are
Details of the "deal of the century" of the USA in the Middle East
Israeli army demands reconciliation with Russia
Reporterin Yandex News
Read Reporterin Google News
3 comments
Information
Dear reader, to leave comments on the publication, you must sign in.