US on the verge of economic collapse: reality or propaganda?

August 21 2019
7
Through the efforts of President Donald Trump economy USA is booming. American wages are rising, unemployment is formally at a historic low, exchanges are up. But more and more economists are saying that the United States can fall into a recession in the foreseeable future, drowning the entire world economy with it. What is behind these predictions is harsh reality or political ordering Trump opponents? 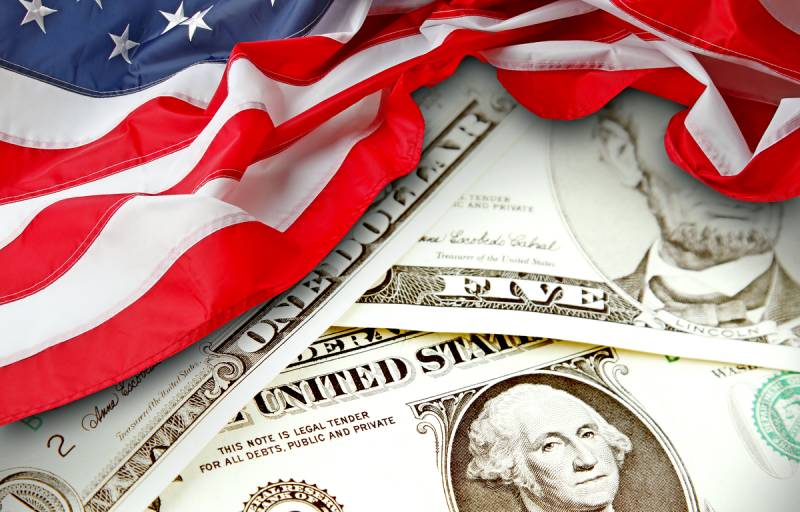 Is the recession approaching?

There are a number of unfavorable factors that make it possible to give pessimistic forecasts.

At first, the American president can not find a common language with the Federal Reserve. Donald Trump insists on a consistent reduction in the key rate, which will stimulate the further development of the national economy. The Fed lowered the rate in July by 25 points, but immediately made it clear that it was a one-time event.

Secondlyinvestors are not optimistic about the ongoing trade war with China. Mutual duties hit on both sides of the conflict, while Beijing continues to devalue the yuan, making US-made goods less competitive than Chinese ones.

ThirdlyDue to the obvious and undisguised protectionism of the United States under the slogan "America First", many other countries have begun a gradual drift away from the use of the dollar in the calculations in favor of their national currencies. Against this background, demand for gold rose sharply. Rising in price, the precious metal hits the "American", weakening its position.

The Treasuries yield curve is almost completely inverted (inverted) in the middle segment. Last week, the spread of yields on 10 and 2-year US government bonds moved into the negative zone. In the time span since 1955, a similar alignment preceded nine recessions in the States.

All this allows a number of experts to assess the likelihood of a recession in the United States in the next 1-2 years at 30%. It turns out that the Titanic is already sailing towards its iceberg, but the captain is not in the know?

The battle for the White House?

The American elites are no worse than you and me, and everyone understands perfectly. However, what is happening must be considered in the context of the struggle of Democrats and Republicans for power. President Trump has officially launched his campaign. Financial expert Frenkel comments on this situation:

All this looks like an element of the beginning of the election campaign. And the recession, even if formal, on the numbers, would be a very good help for the Democrats in the struggle for the White House.

According to The New York Times, Republican Trump, for his part, has prepared a new set of measures for the development of the economy, among them the abolition of a number of duties and a reduction in the payroll tax. The idea will be extremely popular among voters, but it will almost certainly be cut off by political opponents in Congress. A presidential candidate will be able to use this denial to his advantage.

In general, everything is complicated.