Su-57 in Iran and Venezuela: where will the new outposts of Russia appear

August 21 2019
9
Recently, in the West, questions of the deployment of Russian troops outside its borders, as well as possible places for our country to establish its military bases, have suddenly begun to be raised with particular acuteness. On the one hand, all this can be regarded as the next round of already pretty annoying hysteria in the style: “Russians are coming!”, But on the other ... 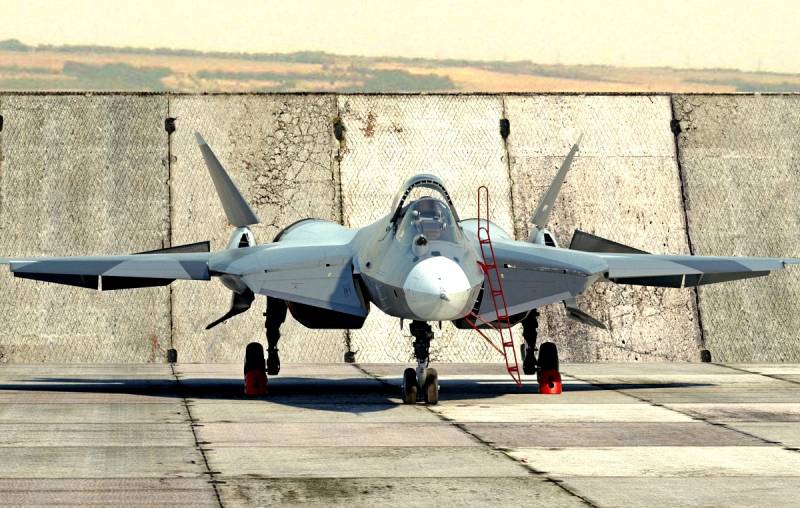 Firstly, as you know, there is no smoke without fire, and secondly, questions about where Russia could really establish military outposts in the foreseeable future, and most importantly, what geopolitical benefits it could get from this, are presented extremely interesting.

"Iron grip of Russia in the Persian Gulf"

It was with these words that a certain “analyst from London” commented on the hypothetical prospect of the emergence of our country's military bases in Iran on the world-famous resource OilPrice.com, which devoted a lot of material to this issue. This network publication, referring to some “extremely high-ranking sources in Tehran,” talks about the expected permanent deployment of Russian naval ships (up to nuclear submarines) in the ports of Chabahar and Bandar-e-Busher there, as well as the upcoming “transfer major forces of the Russian air forces ”at the airbase in Bushehr. Regarding the degree of reliability of the latter assumption, however, there are great doubts. OilPrice claims that “Moscow intends to deploy no less than 35 Su-57 fighters on an Iranian base.” It is extremely unlikely that these latest combat vehicles would suddenly be moved so far from the borders of the Motherland, and even in such an impressive amount. Here, either the journalists “heard the ringing, but don’t know where it is” and simply try to create a sensation hotter, or ... Someone in Tehran simply gives out the wishful thinking.

Yes, the recent joint exercises of the naval forces of Russia and Iran have demonstrated the firm intention of both countries to preserve and increase cooperation in the defense field. However, are Moscow and Tehran ready to go that far? For the Iranian side at the moment, the deployment of one or another military contingent of Russia on its territory would not be just profitable - it would, without exaggeration, turn into a real panacea, in the face of the threat of at any moment moving into the “hot” phase of the country's conflict with the United States and their allies. It is clear that this confrontation would not have completely stopped, however, it would have significantly reduced its degree and cooled hotheads not only in Washington, but also, more importantly, in Tel Aviv and Riyadh. Without a doubt, the most convincing for Tehran, in this case, is the example of Damascus, for which the appearance of the Russian military in the country was a salvation in a situation close to critical. And this is not only a fundamental turning point achieved in the civil war - despite all the attempts to intimidate, up to rocket attacks (which, however, were more of a demonstration nature), the United States is no longer trying to restore order and organize a “regime change” in Syria.

So, Iran, the deployment of Russian military bases would bring a clear win. And what about Russia? It should be noted that the talk that in this case, our country would have gained a dominant position not only in the Persian Gulf, but throughout the Indian Ocean, is not without foundation. Having the ability to control the artery through which more than a third of the world's energy supplies goes (the same Strait of Hormuz) is, you know, worth a lot. And in particular, for the state, which is one of the world's leading exporters of these same resources. Of course, new problems will arise with the United States, which react extremely negatively to any intensification of military cooperation between our country and Iran. But is it worth it to be afraid of? It is hardly possible to spoil what is already spoiled to the limit. This is about US-Russian relations. It should be borne in mind that factor that builds up its influence in the same region, and by no means going in the wake of Washington, but acting exclusively in its own interests, is now actively pursued by Turkey. As part of these actions, Ankara, in particular, is working on expanding the network of military bases - for example, in the same Qatar. Today Ankara is an ally for Moscow, but the “reliability” of alliances with the Turks is known to us more than well. Russia must defend its geopolitical goals in the Middle East on its own - including through an increase in the military presence in those countries that are ready for cooperation at such a level.

The situation with the emergence of military bases over which the Russian flag will develop in Venezuela is somewhat similar to the “Iranian option”, but it also has very significant differences. Yes, Caracas would surely enthusiastically accept such a prospect. The country lives in constant expectation of military intervention from the USA. The fact that this is not a hypothetical probability at all, but, alas, a very real possibility, is evidenced by a number of factors. So, recently the American media published information according to which, President Donald Trump has already several times seriously raised the question of the beginning of the naval blockade of Venezuela by the US Navy. In principle, the next step after the announcement by the head of the White House earlier this month of new sanctions against Caracas, which, in fact, economic blockade of the country, such a step would have looked more than natural. The statement made recently by Admiral Craig Foller, the head of the Southern Command of the US Armed Forces, unequivocally supports the realism of such intentions. According to him, the US Navy is “ready to do everything that needs to be done” with respect to Venezuela - if Washington’s “appropriate political decision".

More specifically, as they say, there is nowhere ... Especially when you consider that the bellicose admiralty delivered was in the process of naval maneuvers taking place off the coast of Brazil involving the USA and its Latin American allies. Such many observers appreciated, namely, as a rehearsal of actions to "establish democracy" in Caracas. Against the background of this clanging of weapons and rumble of words, the statement made by the Minister of Defense of Russia, Sergei Shoigu, during his meeting in Moscow with his colleague from Venezuela, Vladimir Padrino Lopez, sounds very sobering. The head of the Russian defense department said in a completely open text that Russia would provide the necessary assistance to Caracas and provide protection against US attempts to change power there. By the way, during the meeting of the two ministers, a number of very thorough documents were signed concerning the military-technical cooperation of the countries, including regarding mutual visits of military courts. Information about this led some in the West to talk about the fact that the creation of a Russian naval base in Venezuela is almost an issue. There is no doubt that for Nicholas Maduro and all his supporters, even these rumors became a true balm for the soul ...

To discuss whether Venezuela is interested in the appearance of our military outposts on its territory, there is simply no sense. And so everything is clear. As a matter of fact, for Russia in this case the question is, almost unambiguously. First of all, our country needs to protect the colossal investments made in the Venezuelan economy. In the event that Guaido and his gang come to power there, as well as any other Washington puppets, it will be extremely difficult to do so. Again, a better opportunity for a “mirror” response if the United States deployed medium-range missiles so quickly adopted by them today in the immediate vicinity of our borders than the appearance of exactly the same Russian missile divisions in this Latin American country so close to To the United States, and it’s impossible to come up with. Suffice it to recall what a storm of indignation that some Washington leaders turned into the most natural hysteria caused by the relatively recent "friendly visit" of strategic bombers of the Russian air forces to Venezuela. In the case of the founding of Russian military bases there, one can expect a hundred (if not a thousand) times more violent rejection. Well, here, as they say, do not blame me. We did not begin this escalation.

In conclusion, I would like to focus on this: Donald Trump’s talk about a possible “purchase of Greenland” is not at all a harmless chatter, the next “jokes” of the eccentric president, as he himself tried to put them up as a result. At least in Denmark, his words were taken quite seriously - the fact that, in principle, we are discussing the issue, was made clear not by anyone, but by members of the royal family there. Greenland is nothing but one of the most important keys to the Arctic sea routes for which the United States intends to compete with Russia without any jokes. Trump may have been fooling around, but in 1946, Harry Truman made quite real plans for taking possession of this island - and just for using it in the beginning of the confrontation with the USSR. In conditions of ever-intensifying rivalry between world powers, the question of their military presence in certain regions of the world will be of great importance. And Russia, perhaps, should use every opportunity that opens up.