Crowding Americans: Will the Sukhoi Capture the Middle East Market?

August 20 2019
7
The new multi-purpose Su-85SM demonstrated during the celebration of the 30th anniversary of the Irkutsk Aviation Plant, intended for the Air Force of Belarus, again stirred up the topic of possible directions for the export of Russian combat vehicles of the Sukhikh family. Particularly interesting options here may arise in connection with the ongoing reformatting of the existing militarypolitical alliances and blocs, as well as a critical aggravation of the situation in various regions of the world. 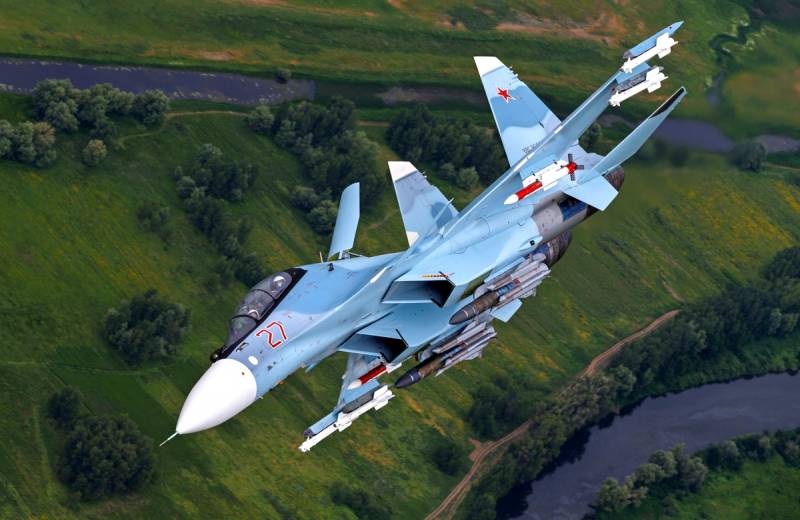 And while some of them are only hypothetical, they should be considered at least in order to more clearly see the potentially promising areas for the aviation industry of the Russian defense industry.

Ankara - the prospects are foggy

The topic of possible deliveries of 4 ++ Su-35 generation fighters in Turkey has been discussed quite recently. True, first of all, it was the Turkish media. If you believe the reports of some of them, then the persons responsible in the Ministry of Defense there for the acquisition of military equipmenthave already reached the leadership of the department with such a proposal. Now it is being carefully studied, and if this idea is approved, Ankara will begin appropriate negotiations with Moscow. In this regard, it is worth recalling that the head of the Rostec Corporation, Sergey Chemezov, back in July of this year, announced that Russia was not at all averse to "work out" this issue. Fundamentally, this position was also confirmed by the head of Rosoboronexport, Alexander Mikheev, who spoke about the planned areas of military-technical cooperation with Ankara, among which he also called the "area of ​​combat aircraft." There is no doubt that if the Turkish side has a real desire to acquire Sukhoi, Russia will not do anything. However, in this case, do not succumb to premature euphoria. It’s better to soberly weigh all the possible pros and cons.

It must be clearly understood that the transition to Russian combat aircraft will be possible only and exclusively if Turkey really decides to finally and irrevocably break off the alliance with the United States and NATO. Ankara’s acquisition of the Russian S-400 air defense systems was the first step in this direction, moreover, a leap. However, it should be borne in mind that this decision was largely compelled - Turkey really did not have any serious air defense systems in service, as well as real prospects to create such independently or get from the Western allies. The United States and its Patriot pretty much drank the blood of Ankara, dragged her by the nose, and, in fact, humiliated her. This is not forgotten in the East. And according to their characteristics, our Triumphs actually have no analogues in the world, and there is nothing to discuss here. However, with the Turkish Air Force combat aircraft, the story is completely different. The Turks didn’t leave the F-35 program themselves - they literally kicked them out, pushed them out. Nevertheless, Ankara, apparently, does not leave hope for receiving these fighters. Actually, it would be foolish to expect something else, taking into account the amounts that she had already invested in their purchase ...

Today, the Turkish air force consists almost entirely of American military vehicles - from F-4 and F-5 to F-16. This implies the infrastructure that has developed over decades in a very definite way, the “culture” of servicing and operating aircraft, the very specific skills of their pilots, and a host of other similar things. All of this today is "imprisoned" exclusively for the US-made aircraft fleet. In the case of the transition to Russian-made aircraft, the Turkish Air Force will inevitably expect a grandiose "perestroika", which will take not so little time, and a very substantial one will fly into the "penny". Will Ankara do this? In principle, they declare very ambitious plans to create a "fifth-generation domestic fighter" - TF-X. At the last air show in Paris, representatives of the country even demonstrated something like that. However, the president of the developer of Turkish Aerospace Industries Inc, Temel Kotil, honestly stated that a prototype fighter could be launched into the air no earlier than 2025, and that it was adopted later at least in 2028. Ankara is in need of replacing the pretty outdated American military vehicles in the very near future. So, the option of acquiring at least at least a certain amount of Su-35 by it should not be completely discounted. However, as already mentioned, this can happen only after Turkey finally loses hope of receiving at least the already paid F-35s. Yes, and the decision of this level will definitely not be in the Ministry of Defense there ...

Tehran would be nice, but not yet

Another potential buyer of Sukhoi, namely the Su-35, is Iran. Information about the allegedly ongoing negotiations on this topic between Tehran and Moscow, from time to time excites the world community, invariably bringing Washington to the gnashing of a toothache and serious bouts of headache. This topic has been exaggerated since 2016, and the desire to make such a deal periodically confirmed or strongly disproved each of the parties - at various levels. In fact, the Iranians would not be very averse to becoming the owners of the Russian Su-30SM. Today, their Air Force is a wild mix of long-obsolete military vehicles assembled "from the pine forest" from almost all over the world and copies of those locally produced. According to some reports, Tehran was eager to organize, like India, the licensed production of the Su-30 on its own territory. Surely, the Russian side would not have seen problems for such cooperation, if it hadn’t ... The problem is the “arms embargo”, which was introduced against Iran in its time. Modern multi-role fighters under the action of such fall completely unambiguously. However, the current UN Security Council resolution 2231 does not prohibit a completely similar deal, but only requires its approval by the Security Council.

However, there is no doubt that a body in which the USA, Great Britain and France are permanent members will absolutely not give permission for such a contract. In Washington, with every hint of the possibility of supplying the Sukhoi to Iran, they are being flown cleaner than if someone had been poked with an awl in a tender place. The fact that our fighters get to the Iranians only through the corpses of the entire American political establishment has been repeatedly stated there. And if the US reaction was so nervous three years ago, it’s hard to even imagine what it will be like today. However, there is one very encouraging point here. Nothing in our world, as you know, lasts forever - including the duration of various restrictions and sanctions. Incidentally, this was not so long ago reminded to the world by the US Secretary of State, Mike Pompeo, who even showed reverse watches on this occasion - they say time is running, minutes and days are running out, and October 18, 2020, all restrictions arms supplies to Tehran will be lifted. This was done by the Secretary of State, of course, in order to force the allies of the United States to "increase pressure on the Iranian regime" and force it to "change its behavior." However, for Russia this date may have a completely different meaning.

The main thing here is, on the one hand, not to miss the time and opportunity, and on the other hand, to clearly understand all the consequences of a possible transaction. Just the other day, the brigadier general of the Iranian army, Kassem Takizade, announced the completion of the development of the Bavar-373 anti-aircraft missile system, which is an analogue of the Russian S-300 and even supposedly "superior in capabilities" to that. Hard to believe, but it's not about that. With Tehran, such a trick will definitely not work with our fighters - they will not be able to create any “analogs” of the Sukhoi in the near future with all their will. And hardly anyone, except our country, will agree to deliver them modern combat aircraft. With all this. Moscow needs to understand that such cooperation will lead to a new round of aggravation of the conflict with the United States. Everything will be much more serious here than in the history of the S-400 who left for Turkey ... At the same time, one cannot ignore the factor of the ever-increasing "aviation expansion" of the United States. Today, the US military-industrial complex seeks to saturate with its products the largest possible number of allied countries. And deliveries of fighters here are in the first place, perhaps. It is not only about Japan's upcoming purchase of a new, even larger batch of American F-35Vs, in the amount of 42 units. Now in the US Congress there is a powerful campaign in support of the sale to Taiwan of a truly record number of combat aircraft - 66 F-16 fighters. And this is despite the fact that such a perspective has already provoked an extremely negative reaction from Beijing, which threatened with “tough retaliatory measures”.

The United States is literally pumping up the Asia-Pacific region with its own production of military aircraft. A completely logical response of Russia in such a situation could be the expansion of exports of its own fighters to the countries of the Middle East, where they are in special demand after they have proven themselves in the sky of Syria. The struggle between world manufacturers of military vehicles for "air supremacy" is becoming more acute, and the more countries export our Sukhoi routes, the better.
Ctrl Enter
Noticed oshЫbku Highlight text and press. Ctrl + Enter
We are
How Ukraine break Putin's plan: six tips Zelensky
Wars on distant approaches: Russia has already begun to act
Reporterin Yandex News
Read Reporterin Google News
Ad
The publication is looking for authors in the news and analytical departments. Requirements for applicants: literacy, responsibility, efficiency, inexhaustible creative energy, experience in copywriting or journalism, the ability to quickly analyze text and check facts, write concisely and interestingly on political and economic topics. The work is paid. Contact: [email protected]
7 comments
Information
Dear reader, to leave comments on the publication, you must to register.
I have an account? Sign in