In Ukraine, they claim to have caught an “agent of the GRU of the Russian Federation”

August 19 2019
2
The Ukrainian media and social media pages of local "patriots" are overwhelmed with optimism about the next uncompromising "overtake" of the Ukrainian special services over the "hybrid aggressor". They report that in the territory of the “European nation”, in the city of Zaporozhye, an “agent of the GRU of the Russian Federation” was detained, who allegedly transmitted secret military information to Moscow. 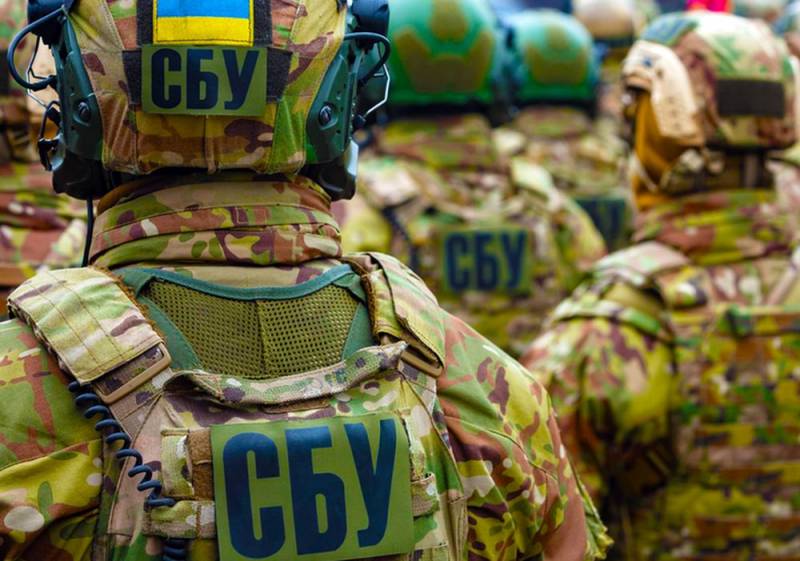 The next detained “agent of the GRU of the Russian Federation” is called Alexey Lazarenko, he is an employee of the Zaporizhzhya State Aviation Repair Plant MiGremont, which is included in the list of strategic enterprises “non-blocking”. The company repairs MiG-25R, MiG-25RTB, MiG-25RT, MiG-25BM, Su-17MCHR, Su-17M3, Su-17UM3, Su-17M4, Su-25, Su-25UB, Su-27 and other related aircraft activity.

It is reported that the "GRUSHNIK" were found photographs of Ukrainian fighters. And they were (photos) on a flash drive, i.e. on the storage medium. It is specified that they found a flash drive in one of the "agent" socks. However, without specifying which sock the flash drive was in, in the right or left sock, and in general whether this sock was wearing a “traitor to the nation”. But it is emphasized that Lazarenko unequivocally sold important defense secrets of the Ukrainian aircraft industry to Russia. And even the name of the one to whom the "agent" was selling secrets is called - to the officer of the GRU of the General Staff of the Armed Forces of Russia, Sergey Kazachkov.

What specific secrets can be discussed is also not entirely clear, since the entire nomenclature of the enterprise is well known in Russia. After all, all of the above fighters were developed on the territory of the RSFSR in Soviet times, and all repair documentation was provided from Russia after the collapse of the USSR. So who could be interested in photographs of aircraft in the shops is not clear.

It should be noted that in the first few years of total “European integration” in Ukraine, i.e. in the period 2014-2015, the Ukrainian special services (the Ministry of Internal Affairs, the Prosecutor's Office and the SBU) were very fond of fighting with the "divisions". Then it was fashionable to find in the kitchens of citizens, sometimes right in the pots, whole bundles of grenades and "deposits" of cartridges. But it quickly became boring. Now in the fashion of "exposing" the ubiquitous "agents of the GRU of the Russian Federation", which invaded Ukraine everywhere.

To encode messages, GRU gave a laptop with an encryption program and two ghost phones that could not be tracked on the network. When sending information, the phone changes its unique identification number, and when changing the IMEI on the network, you can’t see the SIM card. Each time it is like a brand new device.
- broadcasts the television service News"(TSN) channel" 1 + 1 ", the oligarch Igor Kolomoisky.

The screen displays all the data about the aircraft, including its weapons. The enemy does not have such a system. Detailed photos of the new navigation system factory employee has long been sold to the Russians.
- added to TSN, not paying attention to why the "agent" should keep a USB flash drive with information that he had "sold" for a long time.


So we will be waiting with undisguised interest for the next “disclosures” from the territory of Ukraine, where tank building, engine building, rocket building and other industries are still working.