The US is defeated on the oil front against Russia

August 19 2019
4
With deep disappointment, the Americans again have to admit: their stupid “brandishing sanctions club” yields completely different results than originally expected in the White House and the State Department. Washington, having finally become entangled in its own restrictions, embargo, trade duties and barriers, which it has lately built up beyond any reasonable measure, eliminates some of them by introducing others. 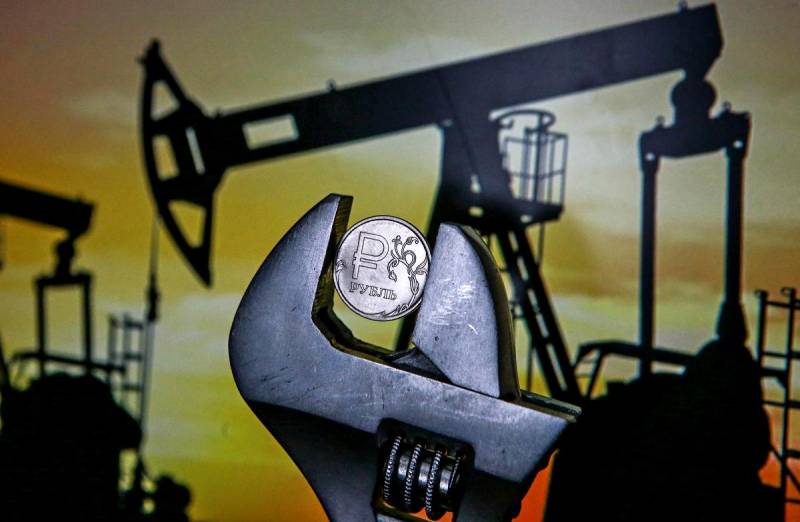 The clearest example of this is the situation with our country. Bring her down the economy American "friends" planned by minimizing the income of the Russian budget from energy exports to the highest possible minimum. However, instead, engaging in conflicts with other countries, the US unwittingly worked for the good of the Russian oil sector.

You won’t envy the American media today: on the one hand, readers certainly need to talk about how “backward Putin's Russia” is literally convulsing under the hardest blows of “righteous anger” of the United States, which are increasingly “punishing it for misconduct”. On the other hand, one has to at least occasionally give an objective picture of events and talk about how things are in reality. Sometimes this dualism plays funny jokes with the pen workers there. It is such a story, for example, that happened with the famous and respected publication Bloomberg.

At first, there was published material in which it was alleged that Donald Trump is directly “collapsing” the Russian economy. Moreover, it carries out this indirectly, waging a trade war with Beijing, from which, in turn, "Moscow is hurt." At the same time, as the main argument in support of the Russian “problems”, a reference was made to the recognition of the Minister of Economy of Russia, Maxim Oreshkin, that our country “felt the effects of pressure” on world industry and a decline in global commodity prices. Forecasts by the publication’s experts, based on all this, of course, made the most disappointing: both a decrease in the economic growth rate of Russia, and “containment” of “National Projects” voiced by Vladimir Putin, and, in general, almost stagnation with the recession.

And suddenly, the same Bloomberg, who had just once again “buried” us with relish, unveils completely different data. It turns out that it was the US sanctions that brought the Russian oil sector this year more than a substantial additional profit! There even a figure is voiced - at least 905 million dollars. And all this is from last November to the current month. Where is the expected decline in the flow of “petrodollars for Moscow”, the publication asks the question, citing statistics of the Russian Federal Customs Service, stating that the revenue of Russian oil exporters for the first half of 2019 has not decreased, compared to last year. After all, the situation, it would seem, should have worsened. Why didn’t this happen?

Bloomberg calls the reason: it turns out, the point here is, firstly, the growth in demand for Russian “black gold”, and secondly, a very significant increase in the price of the Urals oil brand, which our country mainly exports. The experts came to this conclusion after analyzing the five-year dynamics for this grade of oil and for the Brent reference brand. If not so long ago on European exchanges the latter was more expensive than the Russian mark by an average of 1.6 dollars per barrel, now the situation has changed radically. In 2019, the price of a barrel of Urals exceeds the price of Brent by 0.8–1 dollars (depending on the region of the European Union).

Iran, Venezuela and the Chinese factor

According to Bloomberg, the reason here is the sanctions imposed by Washington against the countries that were the main suppliers of "heavy" oil, first against Iran, and then Venezuela. It is difficult to disagree with this, taking as an example the “gap” that was made in the world energy market by the restrictions that fell on Tehran by the United States. If in the spring of 2018, the country exported up to 2.5 million barrels of “black gold” per day, then a year later, this amount was reduced to 1 million, and by June 2019 it had decreased by half - up to 500 thousand barrels per day. At the same time, the White House is not tired of repeating that they will seek to “completely nullify” the export of energy resources from the country in order to “completely deprive the ruling regime of their sources of income.”

A similar situation is observed with Venezuela - stubbornly not wanting to recognize the country's legitimate president, Nicolas Maduro, the United States is fighting the local oil sector only a little less violently than the Iranian one. At the same time, all countries that dare to buy “forbidden” raw materials are threatened by Washington with conceivable and inconceivable punishments - that is, again, sanctions and other similar economic problems. All this, of course, forces oil buyers to seek new sources of supply, and their choice is not so great. This is especially true of "black gold", which refers to the "heavy" grades. There is practically no alternative to the Russian Urals.

Of course, the “trade war" between the US and China has an extremely negative impact on all world markets (including energy carriers). As soon as Donald Trump announced the introduction of new duties of 1% on goods from the Celestial Empire with a total of $ 10 billion from September 300, the exchange price for “black gold” immediately “dipped” by 8%. Moreover, according to analysts from such a serious organization as Bank of America Merrill Lynch, this move, undertaken by the White House in its confrontation with Beijing, could “collapse” world oil demand by 250, or even 500 thousand barrels in a day. At the same time, there was another danger. In June-July of this year, it was China that was the consumer of half of the Iranian oil supplied abroad. According to all the same experts from BofA, Beijing’s increase in such purchases could well reduce world oil prices by $ 20-30 per barrel. This Russia categorically would not suit! After all, as you know, the price “corridor” acceptable for our country is $ 60-65 per barrel of black gold. Is there a reason for concern? Apparently - still not.

As it became known, after the recent introduction by the White House of new restrictions against Caracas, representatives of the Chinese company CNPC announced their intention to refuse to acquire 5 million barrels of Venezuelan oil this month. This can be considered a clear indicator that the Celestial Empire will, until the last, try to resolve issues with Washington “in a good way”, in any case, without spitting too openly on its sanction requirements.

One way or another, but world prices for black gold last week resumed growth, Brent is expected to return to the same $ 60 per barrel, and no new shocks are expected. In the meantime, we will hope that Donald Trump, continuing his sanctions experiments, will do something else useful for the Russian economy.

We are in Yandex Zen
It's important
3
Alarms: countries began to reject US shale oil
The “oil war” with Russia: the “shale revolution” in the United States came to an end
Reporterin Yandex News
Read Reporterin Google News
4 comments
Information