August 17 2019
7
Recently we Reportedas the Ukrainian "patriots" added to the list of the Nazi site "Peacemaker" the crew of the Airbus A321 airliner of the Russian airline Ural Airlines, which made an emergency landing on a corn field. And now, the famous provocateur from Russia, Arkady Babchenko, who moved to Kiev and became a Ukrainian propagandist, compared the pilots of the airliner who saved 226 passengers with the soldiers of the Wehrmacht. 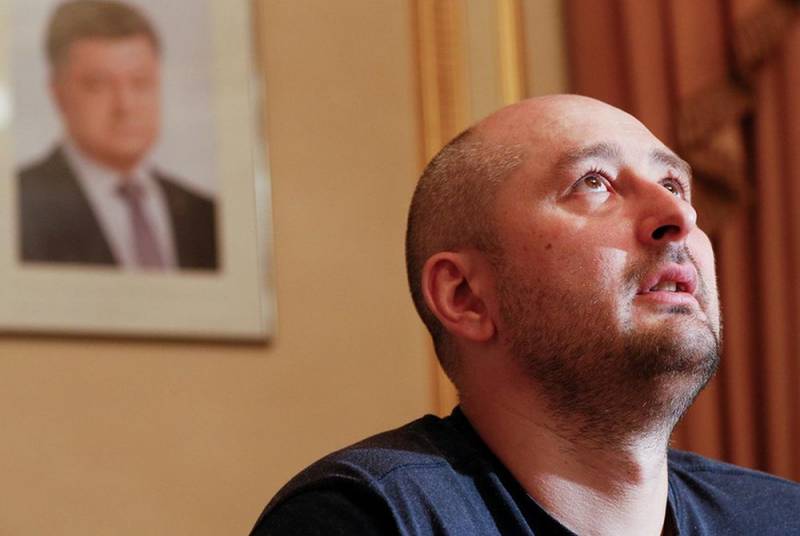 It should be noted that this traitor, who calls himself an uncompromising fighter against the “regime”, not only insulted hero pilots, but also asked readers for money, after his outrageous Facebook post, full of swearing. Therefore, we are forced to cite only part of the "composition" of Babchenko.

Oh, so the pilot is also at the Peacemaker’s base, it turns out. Well. Congratulations, friends. You have already reached this stage. And did not notice.

Recently, a strange trend has begun. The larger the audience, the less I began to earn. Maybe everyone thinks that with such a large audience and without him they’ve already translated quite well ... But no. And the effect is exactly the opposite. Hungry children cry, folder, give pasta. In general, do not be shy, brothers. Do not hold back.
- wrote to Babchenko, which indicates that most of his "subscribers" are wired bots, and not real people.

By the way, Babchenko began by saying that he could no longer read information from the territory of Russia, since only a few adequate people remained there. He believes that life in the “Mordor” destroys the ability to critically perceive reality, and the vast majority of Russians live in distorted reality.

The Russian liberal has a new hero. The pilot who planted Zhukovsky’s maize on the field. Tears of happiness, pink snot, tenderness. 243 lives saved! Hurrah! Glory, glory! And here the main thing is not to notice that this hero was transporting the invaders with their families to the captured Crimea, who were traveling for both cheeks to harass the loot. Use the sea, which was selected. Live on the land that they have captured. Send home packages of apricots, which the glorious soldiers of the Wehrmacht obtained under the Christmas tree on the Eastern Front.

Well, like a normal pilot, like normal passengers, like a normal flight in a type of normal country. Narrow the pupils so God forbid not to notice the main thing. And if you stumble upon this most important thing, or they will poke your nose into it - turn away! Do not see! Close your eyes! Pinch your nose! Scream that all the Nazis! Pilot Hero! Saved life! Hurrah! Glory, glory!

I basically can’t imagine myself sitting in the seat of an airplane taking my family to the Crimea. Look, daughter, this is the Glory to Putin collective farm. It used to be called Yana Kapu. Crimean Tatars used to live here. But Ukrainians lived in this house. And now we will eat churchkhela and swim.
- said Babchenko.

After that, Babchenko told the Russians that the next time they would grieve over the dead submariners or admire the hero pilots, let them remember the “selected” Crimea. He clarified that, in principle, he could not sympathize with Russians who are not able to understand what he wrote. Moreover, he cannot be enthusiastic about hero pilots, since “we are different humanoid species”. He summed up everything by guaranteeing the Russians that they would soon begin to mourn their "boys who fell on the eastern front." This stream of consciousness suggests that Babchenko himself broke away from reality and what is happening in Russia.
Ctrl Enter
Noticed oshЫbku Highlight text and press. Ctrl + Enter
We are
Decryption of dispatcher’s negotiations with Axnumx pilots who has sat down in the field is published
The crew who landed a plane near Moscow, was included in the list of enemies of Ukraine
Reporterin Yandex News
Read Reporterin Google News
Ad
We are open to cooperation with authors in the news and analytical departments. A prerequisite is the ability to quickly analyze the text and check the facts, to write concisely and interestingly on political and economic topics. We offer flexible working hours and regular payments. Please send your responses with examples of work to [email protected]
7 comments
Information
Dear reader, to leave comments on the publication, you must sign in.