The USA will not pull it: the real value of Greenland is calculated

August 17 2019
1
After Washington left the INF Treaty and unleashed another arms race, the US administration again became interested in Greenland, the former Danish colony, which received the status of the administrative unit of this country. It is not in vain that the Wall Street Journal (WSJ), citing sources in the White House, reported that the US president, Donald Trump, wants to buy Greenland from Copenhagen. 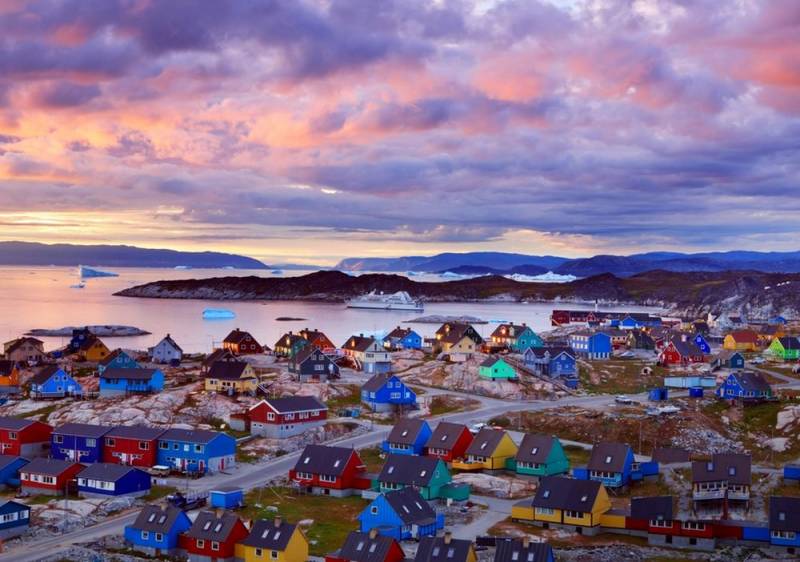 It should be noted that Greenland is a very convenient platform for both the US missile defense and the deployment of the US strategic nuclear potential against Russia. By the way, this is not Washington’s first attempt to acquire Greenland. For example, after World War II, the US president, Harry Truman, offered Denmark $ 100 million, but was refused. After that, various NGOs and parties began their activities in Greenland, the activities of which were aimed at obtaining the independence of this colossal island from Denmark. The activities of these “social activists” and “activists without money” continue to this day.

However, we are interested in another aspect. The fact is that the approximate cost of Greenland has already been estimated by Konstantin Ordov - professor of the Department of Financial Management of the REU named after G.V. Plekhanov. According to the scientist RIA News, the price of Greenland can reach $ 10 trillion.

Assuming the cost of much smaller analogous islands costing about $ 5 million per square kilometer, Greenland ceases to be inferior in value to Klondike and the transaction price can reach $ 10 trillion, which is already more than half of the US GDP and very doubtful economic efficiency.
- said Ordov.

The scientist said that the comparison is with the “empty” Estonian islands “not from the warm seas”. That is, with places that do not have any useful resources on land, with the exception of the adjacent water area.

In addition, the scientist drew attention to the fact that, taking into account inflation, the amount proposed by Truman in 1946, today can be $ 1,5 billion, which corresponds to 0,008% of US GDP.

Although in 1946, Truman's proposal amounted to 0,006% of GDP. There is no fundamental difference.
- Ordov added, without specifying what it matters if the incumbent US president did not give any figures at all.

At the same time, associate professor of the Department of Economics, Russian University of Economics named after G.V. Plekhanova, Alexander Timofeev, said that Greenland has deposits of gold, platinum, uranium, rare earth metals and oil. He emphasized that the death toll and negative migration overlap the birth rate, and may adversely affect the pace of development of natural resources.

It should be recalled that Greenland is the largest island on our planet. Its area is 2 130 800 km². At the same time, the official reaction of Copenhagen to the article in WSJ is still unknown.
Ctrl Enter
Noticed oshЫbku Highlight text and press. Ctrl + Enter
We are
WSJ: Boeing hid problems with MAX 737 airliners
WSJ: China scared of US sanctions
Reporterin Yandex News
Read Reporterin Google News
1 comment
Information
Dear reader, to leave comments on the publication, you must sign in.