Nuclear war with Russia: the United States conducted a simulation of the conflict

August 17 2019
5
American scientists from Rutgers University, the National Center for Atmospheric Research and the University of Colorado at Boulder conducted a large study (simulation) of a possible full-scale war between Russia and the United States using nuclear weapons. And, according to the British edition of the Daily Mail, this can lead to a dark (without sunlight) and cold winter lasting about ten years. 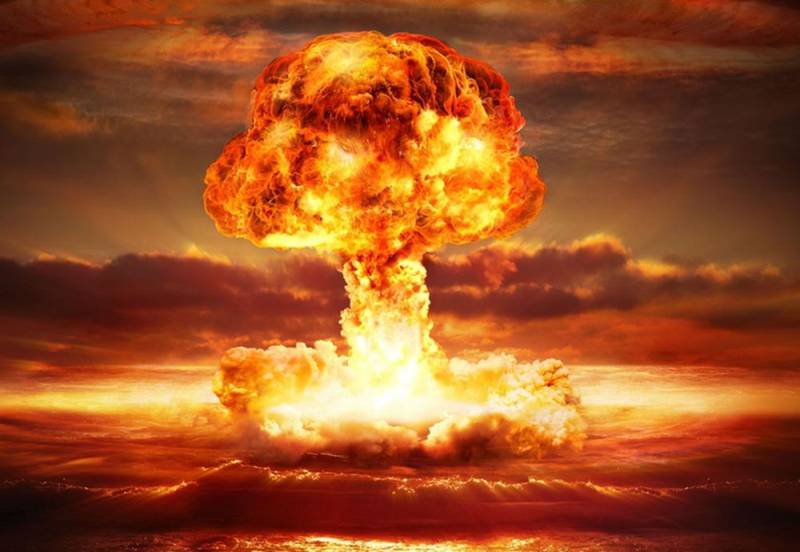 It should be noted that this simulation (Nuclear winter responses to nuclear war between the United States and Russia in the Whole Atmosphere Community Climate Model Version 4 and the Goddard Institute for Space Studies ModelE) looks solid. It presents a huge number of different graphs and sets out a large array of information.

This time, the researchers used a new model for analysis and forecasting, which differs from the previous one in higher resolution and applicability limits (140 km above the surface).

According to the simulation, as a result of the large-scale use of nuclear potential by the parties, gigantic fires will begin. 147 million tons of soot will enter the planet’s atmosphere, which in a few weeks will block sunlight all over the globe. People, animals and plants will be deprived of sunlight for a long time.

This will cause the surface air temperature to drop by more than eight degrees Celsius. Researchers are confident that the temperature anomaly will last at least four years. It will take about seven years for the curtain of soot to begin to clear noticeably, another three years will pass before the luminosity indicators at the surface of the planet return to normal levels.

It should be noted that the above, during the Cold War, was called the "nuclear winter." But that is not all. Simultaneously with dimming and lowering the temperature, there will be a violation of the circulation of air masses. For example, a real collapse will occur with the monsoons, the El Nino cycle will change (fluctuations in the temperature of the water in the Pacific Ocean at the equator). All this will further aggravate negative processes and have an impact on climate.

In fact, the new study only clarifies the simulations performed in previous decades. Somewhere more forests will burn or more rain will fall, and somewhere soot will start to disappear faster or a more severe temperature drop will occur. But on the whole, nothing has changed, the conclusion is obvious, unequivocal and has long been known - the nuclear conflict between Washington and Moscow is catastrophically destructive for all of humanity. And this is without options.

We are in Yandex Zen
It's important
14
Between Pakistan and India, a battle broke out on earth
Russia sent VKS attack aircraft to the Crimean bridge
Reporterin Yandex News
Read Reporterin Google News
5 comments
Information