Salisbury found yet another “victim” of Skripals poisoning

August 16 2019
4
The staging with Skripal poisoning, organized by the British special services, is a long-playing project, which will periodically be reanimated to maintain the degree of anti-Russian sentiment. 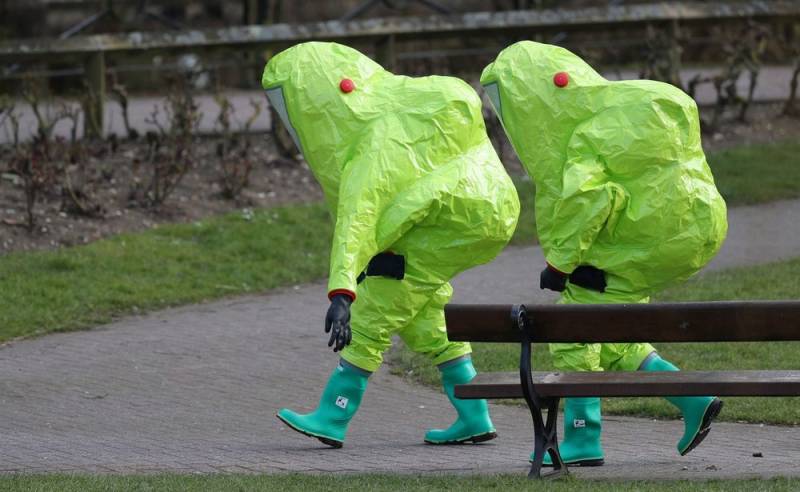 The British police department, a year and a half later, “suddenly” discovered another “victim” during the alleged poisoning of Skripal.

As follows from the statement of Scotland Yard, the policeman was the victim, who was the first to arrive at the scene of the call.
British law enforcement officials cite the results of a blood test of a policeman made after the incident and the statement of investigators of the counterterrorism unit who are investigating the Salisbury incident.

At the same time, the whole story is covered in the same darkness of secrecy as the current whereabouts of Sergey and Yulia Skripaly: they did not disclose the identity of the injured police officer, referring to his wishes.

This curtain, which the British secret services created around the Salisbury incident, is precisely what makes us doubt the veracity of the whole story.

At the same time, it allows for many years to unveil all the new "facts" that allegedly took place.

It will not be surprising if in another six months it becomes known of some other homeless people who were "accidentally poisoned" by the Novice. Fortunately, there are enough homeless people in the UK, and enough for another two hundred years.