APU fired at a school and residential areas in the Donbass, TFR opened a case

August 15 2019
4
Recently сообщалосьas the APU was allowed to open fire on civilians in the Donbass. And so, already the Investigative Committee of Russia (TFR) reports that it has opened a criminal case on the facts of shelling of the territory of the LPR and the DPR. Information on this subject has already been published on the official website of the department. 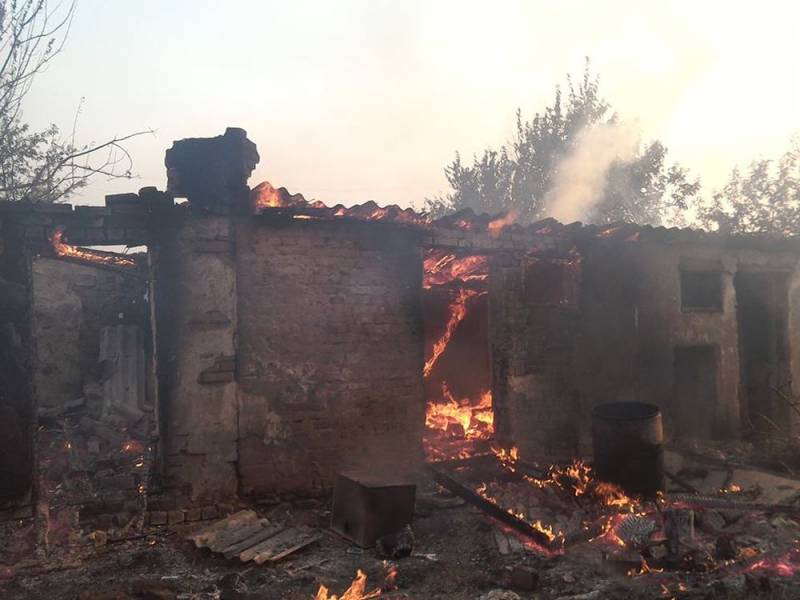 It should be noted that on July 21, 2019, in the Donbass, another ceasefire began (“a comprehensive ceasefire”). However, the Ukrainian military did not stop shelling residential buildings and various objects of communal and social infrastructure.

The aforementioned criminal case was instituted under Article 1 of Art. 356 of the Criminal Code of the Russian Federation "Cruel treatment of the civilian population, the use in armed conflict of means and methods prohibited by an international treaty of the Russian Federation." Now, investigators establish all the circumstances of the officials involved, both giving orders and executing illegal orders.

The TFR emphasizes that in all cases, the Armed Forces of Ukraine fired at civilian targets that are not military targets. Consequently, the Armed Forces of Ukraine violated the Protocol on the cessation of the use of weapons in southeastern Ukraine and its Memorandum, the provisions of the Convention for the Protection of Civilian Persons in Time of War and its Additional Protocol II, the Convention on the Prohibition or Restriction of the Use of Specific Conventional Weapons, Which May Be Considered Inflicting excessive damage or having indiscriminate effect, and its Additional Protocol II.

We are in Yandex Zen
It's important
2
Marines of the Armed Forces of Ukraine tore Zelensky's truce in the Donbass
In the Donbass destroyed the calculation of the APU, fired Gorlovka
Reporterin Yandex News
Read Reporterin Google News
4 comments
Information