The collapse of the WTO: why is Russia profitable for the United States to withdraw

August 15 2019
3
Everything flows and everything changes. The United States, at the forefront of the creation of the World Trade Organization (WTO), now threatens to leave it first. This was once again said by President Trump, but he does not throw words into the wind. How will the US exit from the WTO affect all world trade, will the organization survive after that, and should the Russians really grieve about it? 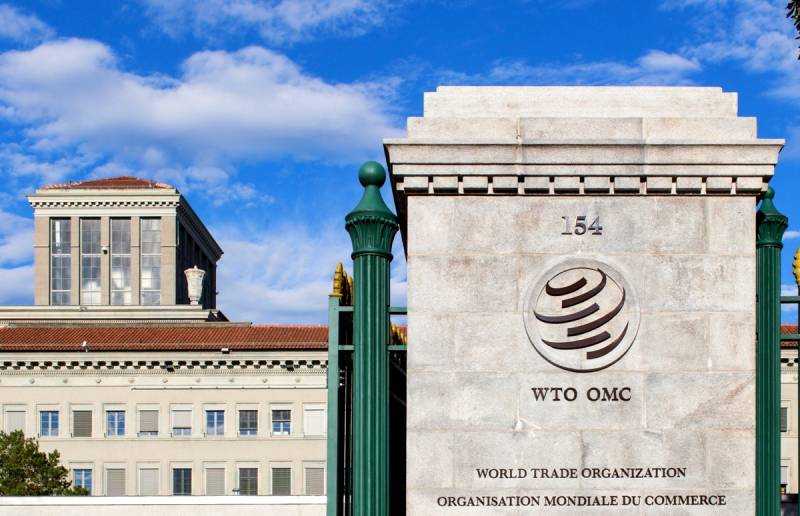 The WTO was created in 1995 after the collapse of the USSR in order to consolidate tradepolitical relations between the countries parties to the agreement. The purpose of its creation was the liberalization of international trade, the organization consists of 164 states. Critics of the WTO note that de facto it contributes to the further enrichment of rich countries at the expense of poorer ones. In reality, this international structure largely defends the interests of transnational corporations, and small countries have an equally small influence in it.

If you call a spade a spade, the WTO is the brainchild of globalists, whose ideological opponent is the current head of the White House. Trump's predecessor, Democrat Barack Obama, bluntly said the following:

When 95% of our potential buyers live abroad, we must be convinced that we write the rules for global economics, not countries like China.

President Trump, while in the state of Pennsylvania, during his campaign for US membership in the organization, said:

We will leave if we have to do this.

The American president believes that under the current conditions, her country's further participation in the WTO is not beneficial for her, since developing countries such as China or India receive "undeserved" preferences. According to him, the organization needs reform, or the United States will leave it. By the way, a legally clearly defined procedure for a participant’s exit does not exist today.

What does Donald Trump want to achieve by removing the restrictions imposed by the WTO from the USA? Russian senator Oleg Morozov explains that after this Washington intends to strengthen the trade confrontation with the whole world:

The United States in international trade has long made a choice in the direction of trade wars and fights without rules. They pursue an openly protectionist trade policy that does not fit into the rules of the WTO.

If the United States leaves the World Trade Organization, the question of the meaning of its existence will become an edge. The largest economy in the world will fall outside the jurisdiction of the WTO, and Washington will completely untie its hands. At the same time, all other countries remaining within the framework of the structure will be limited by it. It will require either its profound reform, or it will lose its former meaning.

It is worth asking a question: is it so bad for Russia if the WTO in this form goes into oblivion?

Our country was shoved into the composition of this organization, first of all, to lobby the interests of the export and raw materials business, in other words, the "oligarchs". But the reduction in import duties on goods from developed countries put an obstacle to the development of the domestic manufacturing industry and high-tech production. In other words, large exporters and importers were in the black, and Russian industrialists were in the loser.

The irony is that we were driven into the WTO under the motto of the need to modernize the economy, but on the terms on which this was done, it is almost impossible. Cause and effect were interchanged, the result is corresponding. So, maybe it’s not bad if the WTO "bends" or is Trump seriously reformed due to the policy?
Ctrl Enter
Noticed oshЫbku Highlight text and press. Ctrl + Enter
We are
US Global Economy: An End That Sneaks Noticeably
The dispute between Moscow and Kiev: the matter is towards the complete defeat of Ukraine
Reporterin Yandex News
Read Reporterin Google News
Ad
We are open to cooperation with authors in the news and analytical departments. A prerequisite is the ability to quickly analyze the text and check the facts, to write concisely and interestingly on political and economic topics. We offer flexible working hours and regular payments. Please send your responses with examples of work to [email protected]
3 comments
Information
Dear reader, to leave comments on the publication, you must sign in.