"Miracle on the Hudson" 2.0: Russian pilots repeated the feat of the Americans

August 15 2019
7
Flight U6178 Moscow - Simferopol, operated from the Zhukovsky airport by the Russian airline Ural Airlines, made an emergency landing in the Moscow Region. According to preliminary data, all 226 passengers, as well as 7 crew members, planes are alive. Reported about twenty injured, which is not surprising - the car was planted in the middle of a corn field with the landing gear retracted, a few kilometers from the runway. 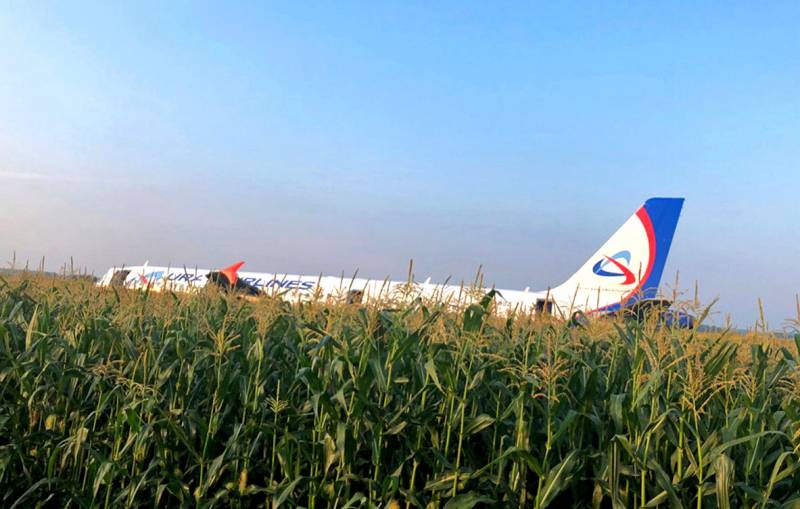 According to the Federal Air Transport Agency, when climbing, the Airbus A321 airliner encountered a flock of birds, presumably gulls, which caused a fire and subsequent failure of the right engine. A source of Interfax said that the emergency landing was made 15 minutes after takeoff. However, this scenario is poorly believed.

Collision with birds occurs at a relatively low altitude, as a rule, up to 100 meters above the ground, at the stages of take-off, separation and primary climb by airplane. Also, a collision with birds occurs during the approach. That is, in any case, in close proximity to the airport or on its territory. It turns out that from the moment of collision with a flock of birds to an emergency landing at least 12-13 minutes have passed. What the pilots did all this time is incomprehensible. Given the media reports that only one of the two engines was out of order, the pilots had the opportunity to gain enough height to go “round the circle”, start to produce fuel and, subsequently, land at the departure airport. Or landing on runways with full tanks, which is much more dangerous, but nevertheless is a way out of this situation.


However, the pilots sat in the middle of a clear field. Based on this, a logical scenario of what happened suggests itself: when faced with a flock of birds, most likely losing both engines, and not having time to gain sufficient altitude and speed, the aircraft commander promptly decided to visually land on an unprepared ground. Hence, a relatively short distance from the departure airport is only 3-4 kilometers. The crew made the only right decision - not to let out the chassis, in order to avoid penetration of fuel tanks by struts, as well as unnecessary vibration during landing. All this could lead to detonation of fuel tanks and subsequent ignition of the aircraft.


Filigree accuracy of landing, a number of correct assessments of the situation and timely adoption of competent decisions by the crew of the aircraft saved the lives of 226 people. In fact, our pilots repeated the notorious feat of American colleagues. On January 15, 2009, a US Airways plane flying out of New York collided with a flock of birds, resulting in the failure of both engines. Pilots, not finding alternative ways to avoid the disaster, decided to land on the Hudson River. All passengers and crew escaped with only a slight startle.


Someone will say that splashing down and landing in the field are two different things. However, this can be argued. Gently planting an aircraft with full fuel tanks, as they say, on the belly - this is the highest aerobatic skill.

I would also like to note the fact that in both cases the accident occurred with Airbus A320 aircraft, which suggests the highest level of safety of this type of airliners during emergency landings on unprepared surfaces. 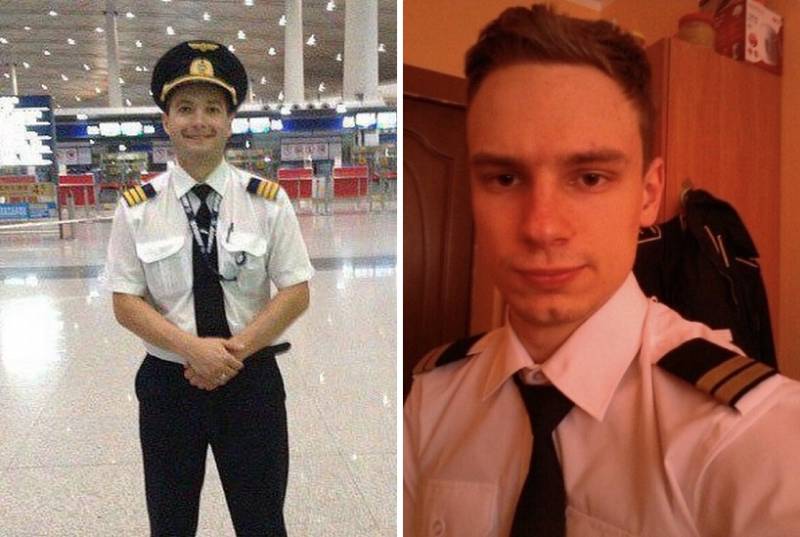 In the near future we will find out the details and the true reasons for what happened, but one thing cannot be taken away here - ship commander Damir Yusupov and co-pilot George Murzin acted as real professionals and deserve the highest state awards.

We are in Yandex Zen
It's important
11
“With Russians it’s worth playing fair or not playing at all”
Where is Russia going?
Reporterin Yandex News
Read Reporterin Google News
7 comments
Information