August 11 2019
2
Recently we Reported about the military situation that has developed in Syria. And so, the daily Syrian newspaper al-Watan informed the public that the units of the Syrian Arab Army (SAA) had liberated the city of al-Hubayt from jihadists - "barmaley" and "moderate" terrorists. This settlement is of strategic importance, as it is the "gate of Idlib." Now there is an opportunity to begin an operation to liberate a large city of Khan-Sheikhan and other territories of Idlib from militants. 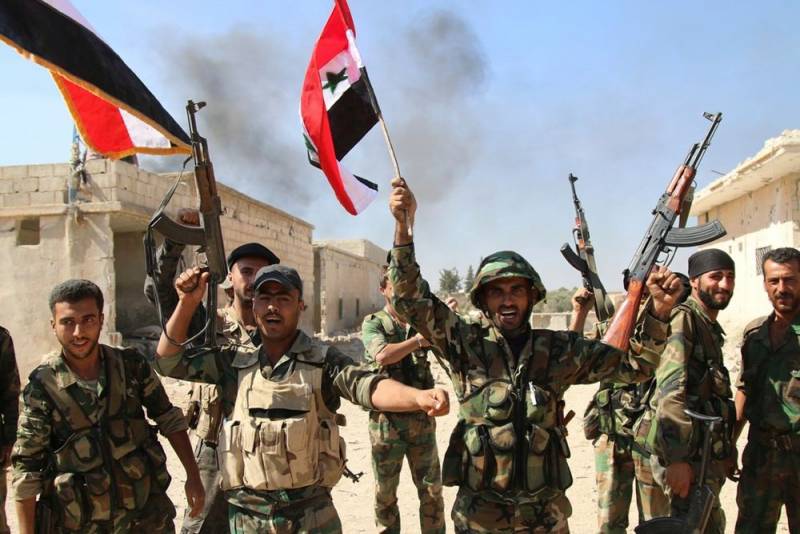 The publication clarifies that the SAA has occupied the city, considered one of the strongholds of the militants. It is noted that the militants knocked out of this city retreated to Khan Sheikhan, located only 10 km away. From him. This city is located on the important Hama Allepo highway.

The army established control over the city of al-Hubayt in the south of Idlib province, inflicting militants "Jebhat al-Nusra" (banned in Russia) and its allies significant damage to technology and manpower.
- The report says the government army quoted by the newspaper.

On August 10, 2019, CAA units went out to and surrounded Al-Hubayt. Previously, they established control over the heights of Tell-Sahar, and liberated the city of Al-Jaysat. Before that, on August 7, 2019, the defense of the militants on the Khasray-Zakat line (northeast of the Hama province) was broken through. After this, the SSA units, developing the offensive, went to the settlements of El-Latamn and Kfar Zeyt.
Ctrl Enter
Noticed oshЫbku Highlight text and press. Ctrl + Enter
We are
There were videos of powerful strikes VKS of Russia on the militants in Syria
Damascus warned of the start of a military operation to liberate Idlib
Reporterin Yandex News
Read Reporterin Google News
2 comments
Information
Dear reader, to leave comments on the publication, you must sign in.