August 7 2019
8
On August 7, 2019, the deputy head of Scotland Yard (police in England), Neil Basu, told the British left-liberal newspaper The Guardian that the agency did not have evidence of guilt of the Russian authorities (authorities) in poisoning the Skripals. However, the agency is ready to indict the Russians, Alexander Petrov and Ruslan Boshirov, in an attempted attempt on the murder of Sergei Skripal and his daughter Julia Skripal in Salisbury in March 2018. 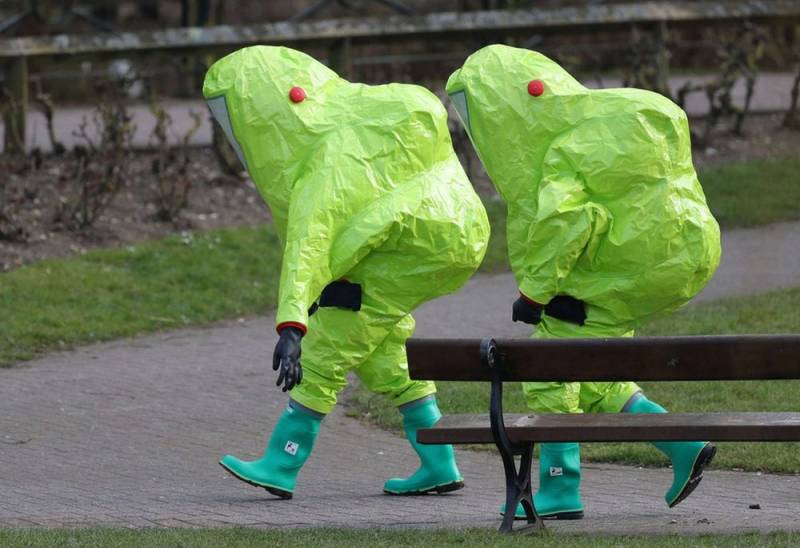 We are police, so we need to work with evidence. There were many hypotheses about who was responsible, who gave orders - all this was based on expert estimates in Russia. I need to have evidence.
- said to Basu.

It should be noted that the "third Russian" about whom they are cheerfully disappeared from the British press and police reports told back in early 2019.

It should be recalled that according to the British side, on March 4, 2018, the Skripals were exposed to the combat nerve agent of the Novichok family. After that, London began to unprovenly accuse Moscow of involvement in the incident. They said from Moscow that such a substance was not developed either in the USSR or in Russia.

In September 2018, British Prime Minister Theresa May informed Parliament that two “GRU agents” were suspected: Alexander Petrov and Ruslan Boshirov. They, in turn, rejected these allegations. Since then, the UK has demanded that the Russian authorities confess to committing a crime.
Ctrl Enter
Noticed oshЫbku Highlight text and press. Ctrl + Enter
We are
“I'm fine, Yulia’s too”: Skripal first got in touch
British police published new videos with Petrov and Boshirov
Reporterin Yandex News
Read Reporterin Google News
Ad
We are open to cooperation with authors in the news and analytical departments. A prerequisite is the ability to quickly analyze the text and check the facts, to write concisely and interestingly on political and economic topics. We offer flexible working hours and regular payments. Please send your responses with examples of work to [email protected]
8 comments
Information
Dear reader, to leave comments on the publication, you must sign in.