Ex-deputy of the Rada: in the Donbass a wagon with the corpses of soldiers

August 7 2019
5
On August 6, 2019, the former deputy of the Verkhovna Rada of Ukraine (V and VI convocations, from May 2006 to December 2012) from the Party of Regions, Alexey Zhuravko, posted on social networks and a YouTube channel the information that in the Donbass, in the village of Gornoe Popasnyansky district of Lugansk region, a railway wagon with the corpses of soldiers of the Armed Forces of Ukraine was discovered. At the same time, it is not specified when the audio recording of the conversation between Zhuravko and the railway employee was made. 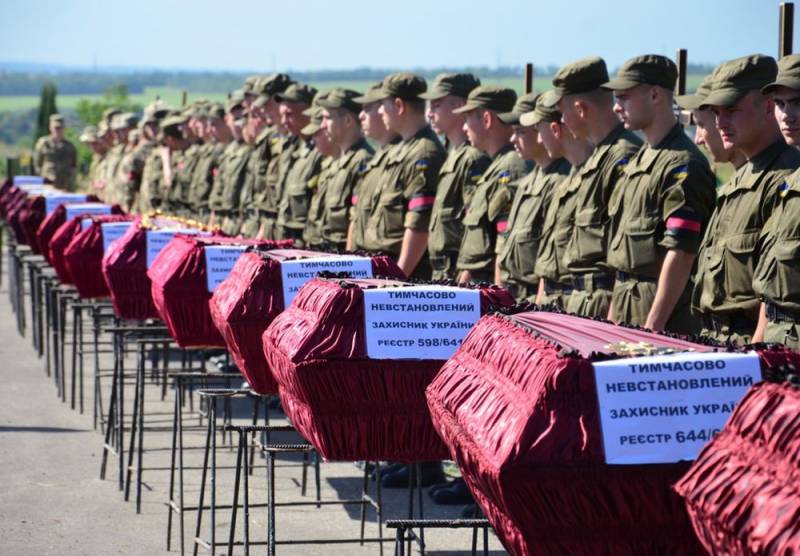 I wrote earlier that you can’t hide the truth. Sooner or later she will come out. So today we will learn all new details about this terrible sinister war, which was organized by the bloody regime of Turchinov, Poroshenko, Lutsenko, Matios and other Maidan ...
- claims the anti-fascist, politician and disabled person from birth, who since 2014 has been forced to stay in Russia due to persecution by the Ukrainian authorities.

Zhuravko believes that this audio tape once again proves the lies of the Ukrainian authorities, who are trying to hide from the public the real number of soldiers who died in the Donbass. How many corpses were in the car - not specified. What kind of car is it in question - a regular one or a refrigerator (for cooling perishable goods), is also not reported.

We remind you that it is summer, and in the Donbass, not all railways are electrified. And without electricity, the refrigeration system in the refrigerator will not work. It also does not say whether the car was sealed, sentries were set and how the presence of corpses was determined. Although the smell of decaying bodies is really difficult to confuse. But, without providing all the details, especially about what time period the audio recordings are talking about, it is impossible to talk about reliability. That is why Zhuravko clarifies that believing or not believing in this information is a purely personal matter.

On the road in the village of Gornoye in the Popasnyansky district, a whole wagon with corpses was discovered, and how many of them were there - only God knows those APU commanders who gave orders to load these corpses there.
Another fact - the Blue Lakes in the Shchurovo area, and so there - the whole "Terracotta Army" of the corpses of the emperor Porosheno. Believe it or not. Everyone’s business.
- wrote Zhuravko.

Zhuravko recalled that, according to statements by the chief military prosecutor of Ukraine, Anatoly Matios, about 34 thousand troops deserted from the ranks of the Armed Forces of Ukraine. However, it is not known exactly how many deserters were in reality and whether the dead soldiers were hiding behind these numbers.

Ukrainian mothers and fathers! I recommend you to listen to this short recording. Draw your own conclusions whether to send your children further to this massacre or not. You did not have enough Poroshenko bloody? I think we will learn a lot, only this will not make you feel better.
- summed up Zhuravko.


Previously we toldhow Ukraine brought the APU in the Donbass into full combat readiness.
Ctrl Enter
Noticed oshЫbku Highlight text and press. Ctrl + Enter
We are
Attorney General Lutsenko disappeared in Ukraine
The military prosecutor of Ukraine could flee the country, fearing revenge Poroshenko
Reporterin Yandex News
Read Reporterin Google News
Ad
We are open to cooperation with authors in the news and analytical departments. A prerequisite is the ability to quickly analyze the text and check the facts, to write concisely and interestingly on political and economic topics. We offer flexible working hours and regular payments. Please send your responses with examples of work to [email protected]
5 comments
Information
Dear reader, to leave comments on the publication, you must sign in.