Russia versus the USA: spaceships in the near future

August 7 2019
11
Spaceships created during the Cold War are gradually becoming a thing of the past. The Space Shuttle, which turned out to be uneconomical, took off for the last time in 2011. His Soviet counterpart, Soyuz, is still flying, but it’s hardly possible to connect the future of manned space exploration with it. Against this background, the leading space powers are investing money and intelligence with triple power in the creation of vehicles that will bring the new Armstrongs and Gagarins to distant space peaks tomorrow, which, however, will be no less difficult to conquer than at the dawn of space time . 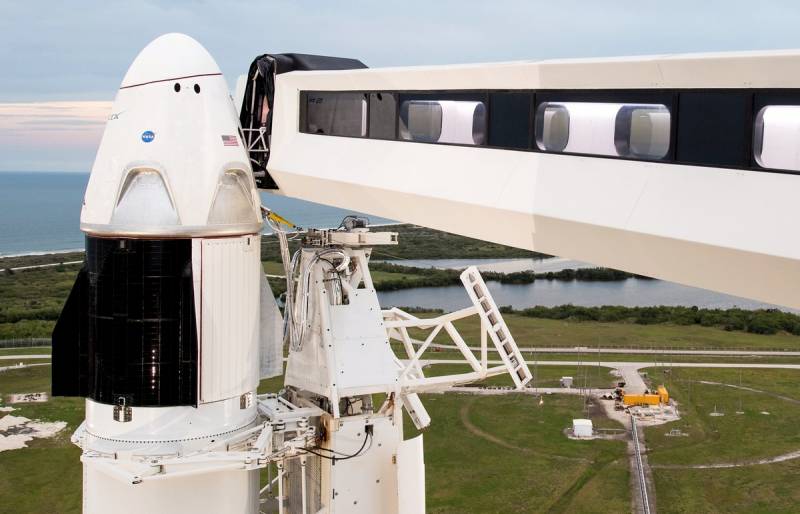 Today, different countries of the world (especially the USA) have developments for the near future and not very close. Therefore, we will not consider them all in detail, but dwell on the most interesting projects.

SpaceX is known as the world's leading (now) rocket builder: the Falcon 9, now the edge of the line, is the most sought-after carrier on Earth with the largest number of orders. However, Ilon Musk plays an equally important role in the field of manned space exploration: if everything turns out as he wants, it is the Crew Dragon spaceship (pictured above) that will allow Europe and the United States to refuse Russian services for delivering astronauts aboard the ISS. True, the deadlines have been postponed more than once.

As it became known at the end of July, the test flight of the Crew Dragon ship with the crew to the International Space Station was postponed until mid-December: earlier they wanted to implement the mission in November of this year. In general, the situation around the manned Dragon seems almost cloudless. The ship is reusable, which means it is potentially cheap: the analogy with the reusable Space Shuttle is inappropriate here, different concepts. It’s also important that proven Technology freight "Dragon". The technical capabilities of the new SpaceX ship, which allow delivering up to seven people at a time on board the station, seem to be even redundant: in real life, this is simply not necessary. 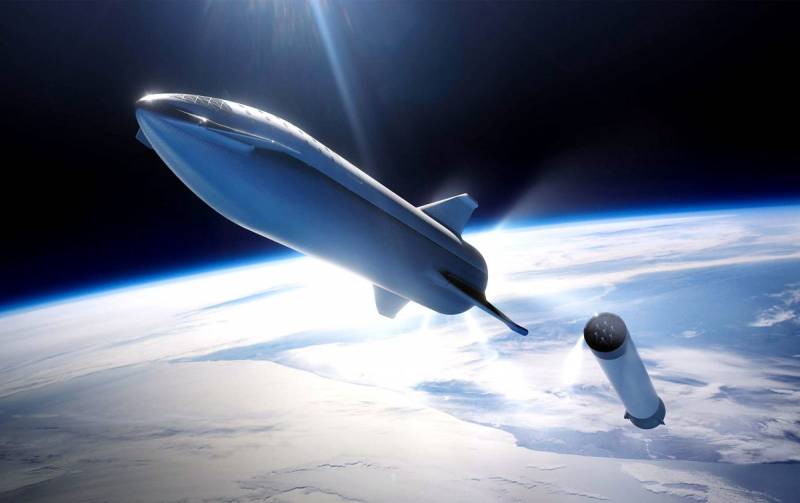 “Smoke smoother and lower chimney” - this is how the evolution of the Interplanetary Transport System from SpaceX can be described. The BFR complex, of which the Starship spaceship is a part, has lost a lot of weight in recent years. The payload brought by him into low Earth orbit fell from 300 to 100 tons. Big Falcon Rocket itself, of course, has also become smaller. And yet with all this, Starship will be the largest and most load-carrying spaceship in history, which is supposed to be able to transport up to hundreds of colonists at a time. At the same time, you should not confuse Starship with the Starhopper technology demonstrator, which is a flying stand for testing technical solutions, which will then be embodied on the BFR.

The final development result should be the launch of a BFR with cargo to Mars in 2022, followed by a manned flight in 2024. Even the engine is ready - the innovative Raptor Methane. However, in fairness, the chances of implementation (and not even fast, but in general) for Starship are incomparably less than for Crew Dragon. Still, the scale and technical risks are not comparable. 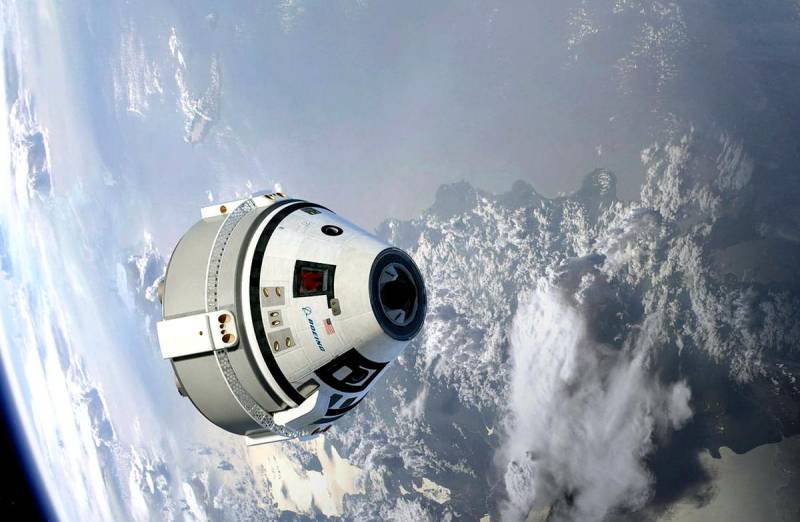 Not as famous as Crew Dragon, and not as ambitious as Starship, but still a very significant project for the United States. The CST-100 is a partially reusable spacecraft that can deliver up to seven astronauts aboard the ISS. Conceptually, the device is close to Crew Dragon, but the design is more “angular”: Boeing is alien to the aesthetics of Elon Mask - the basis of practicality. This, by the way, can play into the hands of megacorporations, because after the problems of the Dragon, in particular, the recent capsule explosion during the tests, competitors are on a par. This means that it is the CST-100 that can become the ship that will first save America from dependence on the Russian side. The first flight with the crew can take place before the end of 2019, that is, at the same time as with SpaceX. 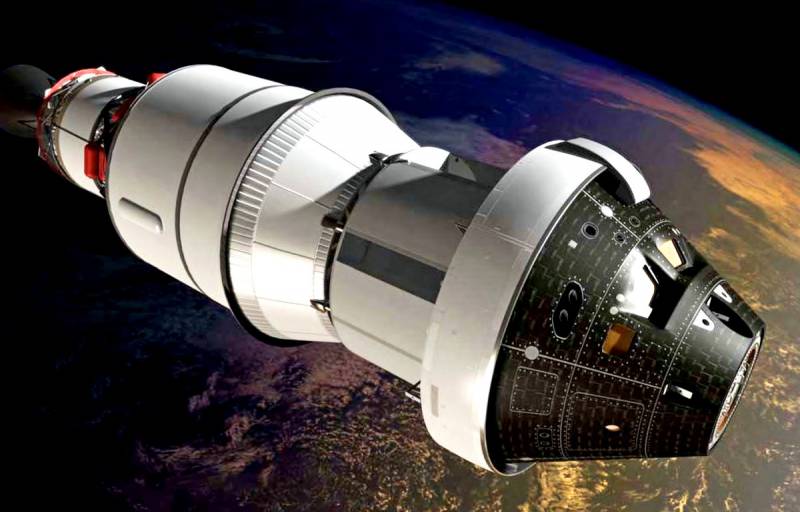 Of all the aforementioned ships, Orion can carry out the first manned flight later than all - around 2023, although it was de facto started developing earlier than any other promising manned ship. Orion, recall, was part of the old American Constellation program - very ambitious and expensive (which killed her). The Americans wanted to fly either to the asteroid, or to Mars, or to the Moon.

Ultimately, the mission of the apparatus, weighing fifteen tons, should be flights to the lunar orbital station, which they want to operate instead of the ISS. It is planned that the crews to the Lunar Orbital Platform-Gateway station will be delivered by Orion ships using the Space Launch System. This, in general, is the main difference between Orion and the Crew Dragon and the CST-100 (Starship is a separate topic for discussion), because the last two spaceships are seen primarily as a tool for delivering cargo and astronauts to the ISS. In any case, as long as it works: we recall that earlier they wanted to decommission the orbital station in the mid-2020s. 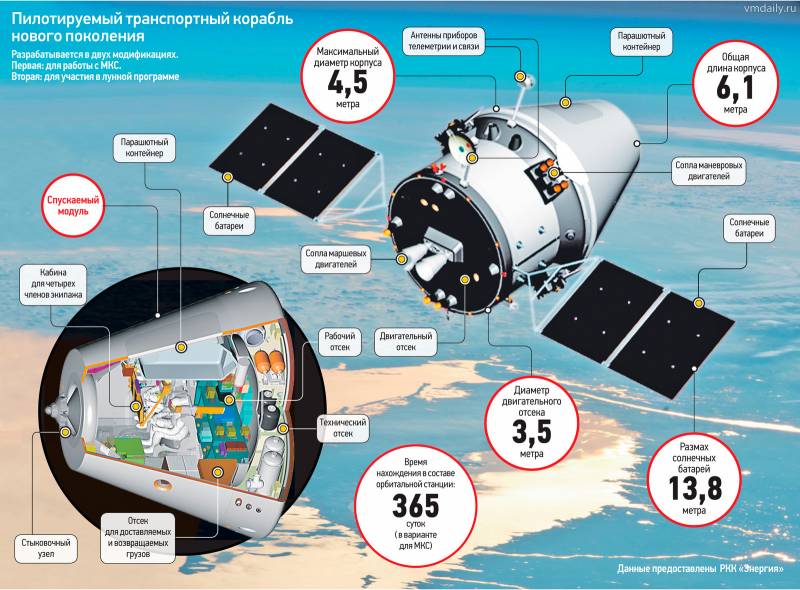 The Federation spaceship is being created for one purpose - to have a replacement with it in case the Soyuz series vehicles become obsolete, which, of course, has not long to wait. Any, even a very successful spacecraft, has its own term. The price of the creation of the first flight model is set at 57 billion rubles, and they intend to carry out the flight in the first half of the 2020s. The Federation will be able to take on board up to 6 crew members (less than the same Crew Dragon) and 500 kilograms of cargo. They want to land the rescue capsule using parachutes and a soft-landing reactive system.

On the whole, the ship constructively looks quite thoughtful, at least from the outside. But in terms of the concept of application, there are many questions. After all, the first manned flight of the "Federation" is de facto scheduled around the time when the ISS will have to stop operating, and Russia will gradually be squeezed out of the project to create a lunar orbital station and, most likely, it will not be its participant. So where it will fly (and whether it will fly) is hard to say. The only real goal for the ship is now seeing a flight to the moon / to the moon, but it is expensive, difficult and risky. And hardly one country can realize this. However, it does not seem to worry much about its creators, who are actively working on the construction of the first test model.

In general, it would be wrong to reduce everything only to Russia or America, but so far these projects seem to be not only the most interesting from the technical point of view, but also have the highest chance of implementation. In general, in addition to the old participants in the space race, in the future, at least, Europe, Japan, India and China will probably be represented. And there, new players may catch up.
Ctrl Enter
Noticed oshЫbku Highlight text and press. Ctrl + Enter
We are
"Explosive" Dragon and Belated Boeing: who will be the first to replace the "Union"
American super-rocket BFR: too good to be true
Reporterin Yandex News
Read Reporterin Google News
Ad
We are open to cooperation with authors in the news and analytical departments. A prerequisite is the ability to quickly analyze the text and check the facts, to write concisely and interestingly on political and economic topics. We offer flexible working hours and regular payments. Please send your responses with examples of work to [email protected]
11 comments
Information
Dear reader, to leave comments on the publication, you must sign in.