In Libya, destroyed Il-Xnumx with weapons for the defenders of Tripoli 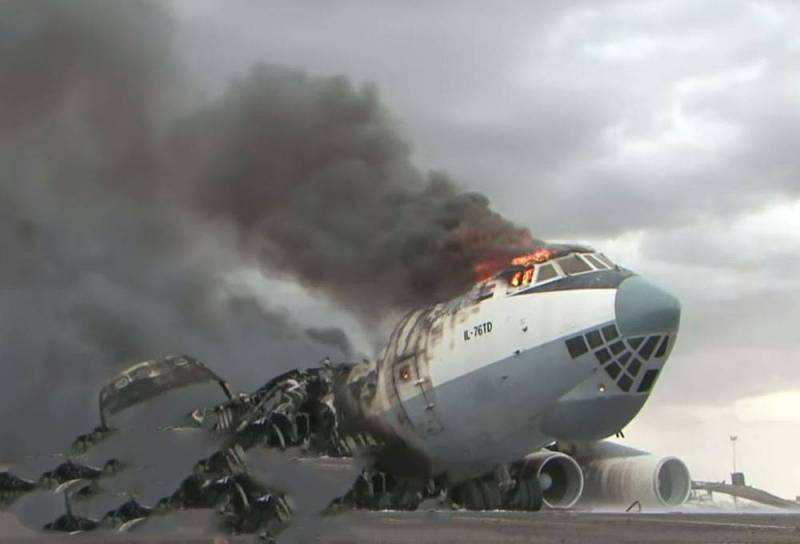 On a page on Twitter, a military analyst from Malta, Babak Tagway, citing sources in the LNA, reported that a Turkish Il-76 aircraft with a cargo of weapons for PNS units was destroyed as a result of the Haftar forces strike at the military airfield of the government of national consent.

Destruction of the aircraft can be considered as Haftar’s revenge for two cargo aircraft with weapons from the United Arab Emirates, which PNS destroyed at the Al-Joufra airfield, controlled by the LNA.

Currently, none of the parties to the protracted Libyan conflict has sufficient forces for a decisive victory over the enemy.

Recall that the civil war in Libya was initiated by the United States in 2011. Western-backed rebels overthrew and killed Muammar Gaddafi, who ruled the country, after which a confrontation began between LNA Marshal Khalifa Haftar and the PNS led by Faiz Saraj.

This situation is quite comfortable for Washington, which, recognizing the PNS as the legitimate government of Libya, nevertheless, maintains contacts with the LNA.
Ctrl Enter
Noticed oshЫbku Highlight text and press. Ctrl + Enter
We are
Libyan Presidential Council ordered the arrest of Field Marshal Haftar
Libyan Sochi: Tripoli asks Moscow to stop Haftar’s army
Reporterin Yandex News
Read Reporterin Google News
Ad
We are open to cooperation with authors in the news and analytical departments. A prerequisite is the ability to quickly analyze the text and check the facts, to write concisely and interestingly on political and economic topics. We offer flexible working hours and regular payments. Please send your responses with examples of work to [email protected]
Information
Dear reader, to leave comments on the publication, you must sign in.