Last attempt: US asking Turkey not to deploy C-400

July 26 2019
2
Recently we informed, as it was reported from Turkey, when the S-400 long-range anti-aircraft missile systems purchased from Russia for $ 2,5 billion will begin to be used for their intended purpose. And now, the head of the US State Department, Mike Pompeo, calls on Ankara to think better and not to deploy the S-400 purchased from Moscow. He promises that Washington, in this case, will not introduce new (additional) sanctions. 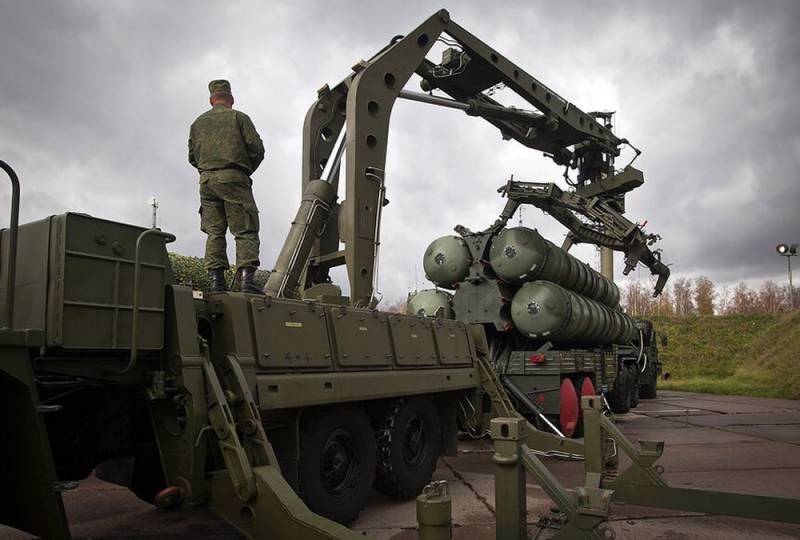 Pompeo recalled that US President Donald Trump is currently refraining from introducing another portion of sanctions against Turkey. He hopes for “reciprocity and understanding” from Ankara. And if the Turks forget about the S-400, then they can avoid the consequences.

About this Pompeo told the information resource Bloomberg. At the same time, the media has already called this statement Washington’s last attempt to negotiate with Ankara.

Additional sanctions may follow, but to be honest, we would really like the S-400 not to be deployed
- said Pompeo.

Before this, Trump really made it clear that he did not want to introduce new sanctions against Turkey. However, the president is pressured from Congress, from which they urge the president to enact the Law on Countering America's Adversaries through Sanctions (CAATSA) against Turkey.

I advocate that if they do not activate the C-400, sanctions should not be applied. I hope to convince Turkey not to deploy systems, because it is very destructive for relations
said Defense One, US Republican Senator Lindsey Graham.

He clarified that at the request of Trump, he called the Turkish Foreign Minister Mevlut Cavusoglu and talked with him. But if Ankara does deploy the S-400, relations with Washington "will take a very difficult turn."
Ctrl Enter
Noticed oshЫbku Highlight text and press. Ctrl + Enter
We are
In Turkey, they told you when C-400 will arrive, delivered from Russia
It became known that waiting for Turkey after exclusion from the program F-35
Reporterin Yandex News
Read Reporterin Google News
Ad
We are open to cooperation with authors in the news and analytical departments. A prerequisite is the ability to quickly analyze the text and check the facts, to write concisely and interestingly on political and economic topics. We offer flexible working hours and regular payments. Please send your responses with examples of work to [email protected]
2 comments
Information
Dear reader, to leave comments on the publication, you must sign in.