July 24 2019
8
The topic of rising fuel prices (gasoline, diesel and aviation kerosene) has been troubling Russians for several years now. And now, the State Duma of Russia in the third, final reading, adopted a law that introduces a mechanism that regulates the prices of these products. 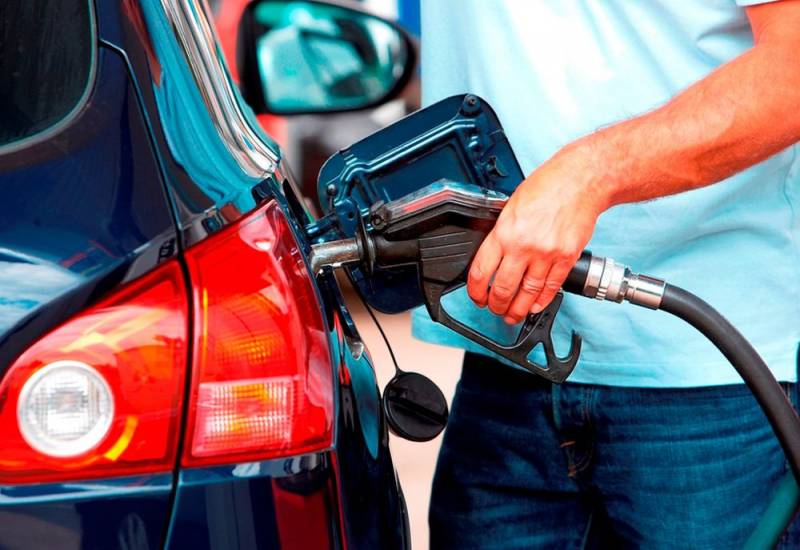 The law provides for the adjustment of the parameters of the "damping mechanism" and is aimed at stabilizing prices on the domestic market. The document provides for a reduction in the established average (conditional) wholesale fuel price. Corresponding amendments were made to the Tax Code of Russia. This is stated on the official Online lower house of parliament.

At the same time, the law provides for an annual increase in the average (conditional) wholesale prices for fuel sold on the domestic market by 5% until 2024. This law has yet to be approved by the Federation Council (upper house of parliament), after which it will be signed by the President of Russia.

It should be noted that earlier the head of the Independent Fuel Union (NTS) of Russia Pavel Bazhenov sent a letter to the Deputy Prime Minister of Russia Dmitry Kozak, in which he wrote that he was afraid of a repeat of the situation in the spring of 2018, when the wholesale and retail prices of fuel had sharply increased in the Russian market. In turn, Kozak called these fears premature and unfounded.
Ctrl Enter
Noticed oshЫbku Highlight text and press. Ctrl + Enter
We are
The FAS explained the situation with the increase in gasoline prices in Russia
The State Duma approved the “sovereign Internet” in the third reading
Reporterin Yandex News
Read Reporterin Google News
Ad
We are open to cooperation with authors in the news and analytical departments. A prerequisite is the ability to quickly analyze the text and check the facts, to write concisely and interestingly on political and economic topics. We offer flexible working hours and regular payments. Please send your responses with examples of work to [email protected]
8 comments
Information
Dear reader, to leave comments on the publication, you must sign in.