July 23 2019
17
The situation in northern Syria requires external intervention. The government forces of Bashar al-Assad were never able to free from the terrorists the key region of the country on the border with Turkey. Moreover, in some places the militants went on the offensive and began to occupy new settlements. There was a threat that “on the shoulders” of the retreating Syrian army they could advance far and occupy large territories. 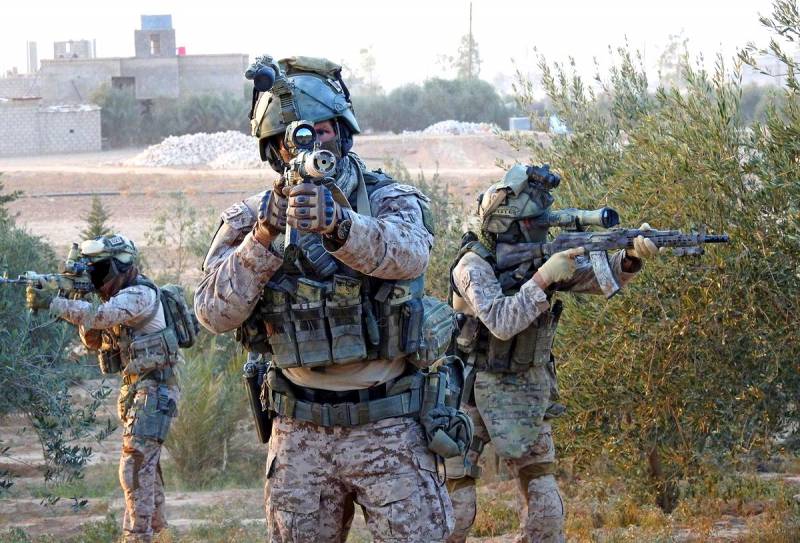 Some time ago, the Syrian "opposition" announced the accumulation of Russian troops in order to help Damascus clean up the northern provinces of the SAR from terrorists. Make it really necessary. Thanks to support from the Russian Aerospace Forces, the Syrians were able to free most of the state and settlements. However, with the assistance of external forces, its north is still ruled by foreign interventionists and militants controlled by them.

Turkey has at its disposal the so-called “Idlib De-escalation Zone”. But instead of "de-escalation" of the conflict, its escalation began. Ankara de facto occupied the north of the SAR, having already built three military bases in the province of Aleppo. The militants gathered in Idlib from all over the country are under the “roof” of the Turkish military there. They also receive weapons and other supplies from Turkey and arrange regular attacks on the Russian air base Khmeimim from the “de-escalation zone”. To endure this disgrace is infinitely impossible.

In April, SAR government troops launched an attack on the terrorist enclave, but it’s not as simple as we would like:

At first, the army of Bashar al-Assad has been bled by years of war and, according to some estimates, today has 30 thousand people whom it can actually expose against militants. They are opposed by about 60 thousand terrorists, that is, the enemy has a double advantage. Even worse, in fact, Turkey is fighting behind the militants' backs against the Syrians, violating all previous agreements with Russia. It is not surprising that the offensive of the government army goes with such difficulty.

SecondlyDamascus can no longer fully rely on help from Tehran. Earlier, the success of government forces was largely due to the help of Iranian "proxies". However, after the introduction of US sanctions, the ability to pay for mercenary services from Afghanistan and Pakistan has sharply decreased. As a result, they either have already left Syria, or are still there, but are avoiding participating in real hostilities. Tehran was forced to weaken even Hezbollah’s support.

Thirdly, the contradictions between Moscow and Tehran in the SAR are becoming increasingly apparent. The latter doesn't like policy Kremlin, allowing the "silent" S-300 systems, while Israeli aviation with impunity strikes. Russia and Iran have in fact become rivals trying to exert a decisive influence on the Syrian leadership.

Outwardly, this is manifested in extremely unpleasant incidents. For example, at the request of the Russian military, the adjutant of President Assad’s brother, who was clearly inclined to cooperate with Iran, was arrested. There is information about their involvement in the drug trade. So, a wide resonance was caused by the message about the detention in Greece of an Iranian ship with a cargo of drugs worth $ 600 million. "Business", of course, is profitable, but it runs counter to the installation of the RF Ministry of Defense to gradually normalize the situation in the ATS.

A week ago, the brigadier general of the Syrian army, Hafez Mahlouf, also gravitating to Tehran, died. Immediately, Iranian "proxies" attacked cars with the Russian military, who were accused of killing the general. There is a picture of discord between yesterday’s allies. Iran is less and less involved in real hostilities on the side of Damascus, but more and more it is “oppressing its line”, which does not coincide with the Kremlin’s installations. Tehran is gradually starting to turn into a serious problem for Moscow in the SAR.

But someone needs to extinguish a fire in the north of the country. One airstrikes of the Russian Aerospace Forces do not grind militants. Ground operation required. Everyone understands this, and therefore there are reports of the transfer of the Russian military. Only the special forces can "pick out" from Idlib seasoned thugs.

The RF Ministry of Defense denies the information received from the militants. We don’t know yet whether it really is or not. There were already de facto limited ground operations. But the liberation of Idlib and a possible clash with the Turks is a serious test. If the decision to help the Syrians “on the ground” is nevertheless made, it’s possible that the offensive will be not Russian special forces, but “volunteers” or mercenaries from PMCs. It is hoped that, thanks to professionalism and proper organization, the Russians will manage to get by with little blood.
Ctrl Enter
Noticed oshЫbku Highlight text and press. Ctrl + Enter
We are
Ten "defeats" of Putin
Russians have no habit of losing wars: What does the Munich agreement teach
Reporterin Yandex News
Read Reporterin Google News
Ad
The publication is looking for authors in the news and analytical departments. Requirements for applicants: literacy, responsibility, efficiency, inexhaustible creative energy, experience in copywriting or journalism, the ability to quickly analyze text and check facts, write concisely and interestingly on political and economic topics. The work is paid. Contact: [email protected]
17 comments
Information
Dear reader, to leave comments on the publication, you must sign in.