How the Polish gas pipeline opened the way for Russian gas

July 23 2019
3
Denmark granted Poland permission to build the Baltic Pipe gas pipeline. Through this pipeline, Warsaw intends to purchase about 10 billion cubic meters of gas in Norway. The Poles do not hide the fact that this is done to replace supplies from Russia, where they acquired 9,86 billion cubic meters of “blue fuel” last year. The situation looks like the defeat of Gazprom, but, as one “daughter of the Crimean officer” used to say, everything is not so clear. 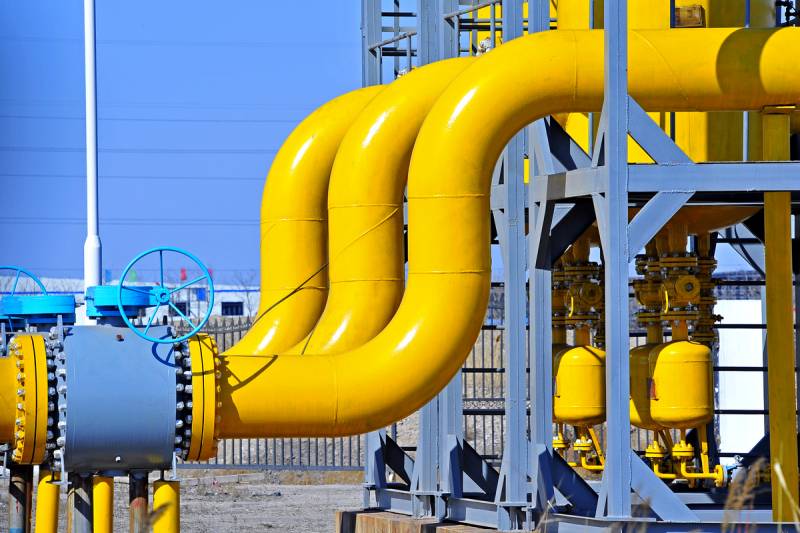 The idea of ​​the Baltic Pipe gas pipeline (“Baltic Pipe”) arose back in 2001, but then it was recognized as economically inexpedient. The project was reanimated after the “Munich Speech” by President Putin for political reasons. Warsaw plans to completely replace Russian gas with Norwegian pipeline and US LNG. The Baltic Pipe should start operating in 2022, when the current contract with Gazprom ends.

However, everything is not so sad for the positions of the Russian monopolist. Well-known energy expert Igor Yushkov explains that even having implemented the gas pipeline, Poland may not receive all the expected 10 billion cubic meters due to growing demand for gas in other European countries, for example, Denmark.

They can build a pipe, but filling it with gas is not a fact. Likewise, the presence of an LNG terminal did not guarantee the Poles the full loading of this terminal.

In practice, this means that Norway, having supplied hydrocarbon fuel to Poland, will not supply it to someone else. And those will have to buy it from Russia. And here again the question arises about the role of Nord Stream-2, which should cover the growing demand for gas in the Old World. The USA, Ukraine, a number of countries in Eastern Europe, and Poland itself oppose this Russian-German project. The last obstacle in its implementation was just “small but proud” Denmark, which deliberately delays the approval of the construction of the pipeline through its waters. For comparison, the first Russian application in Copenhagen has been in place for two years, and the Polish one was satisfied in just six months.

Interestingly, the Danish authorities have now put themselves in an extremely ambiguous position. The mentioned Igor Yushkov believes that Gazprom received a serious argument for the future court:

The Danes can’t give one gas pipeline permission to build in international waters, and they can’t give it to another, and this can’t be explained in any way. This will be open discrimination of one project by another.

The Russian company has already promised Copenhagen to appeal to the courts regarding illegal actions and inaction of Copenhagen. Even in a biased European court, Gazprom will be able to convincingly defend its position. Therefore, the likelihood of issuing permission to lay the Danish pipeline has increased dramatically. The leadership of the monopolist suggests that this will happen in early autumn.

It will take approximately 4-5 weeks to complete the Danish site. Thus, the probability of launching Nord Stream 2 in its half capacity has been increasing since the beginning of next year.
Ctrl Enter
Noticed oshЫbku Highlight text and press. Ctrl + Enter
We are
Peace enforcement operation. Russia inflicts a preemptive strike on Kiev
The Kremlin can “take” the Poles for their gas pipeline
Reporterin Yandex News
Read Reporterin Google News
3 comments
Information
Dear reader, to leave comments on the publication, you must sign in.