In Turkey, they told you when C-400 will arrive, delivered from Russia

July 22 2019
2
Recently сообщалосьwhat awaits Turkey after exclusion from the F-35 program. And so, in Turkey they told when the S-400 long-range anti-aircraft missile systems delivered from Russia will begin to work (be used for their intended purpose). 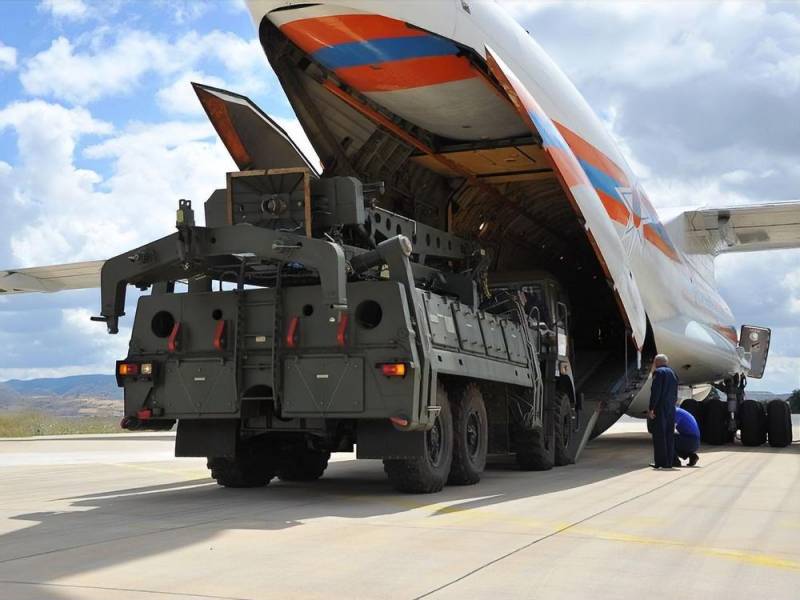 According to the statement of Turkish Foreign Minister Mevlut Cavusoglu, the S-400 will begin to be used in his country by the beginning of 2020. He said this in an interview with TGRT Haber.

According to a senior official, the Russian S-400 is much better than the American Patriot ("Patriot"). At the same time, he emphasized once again that the S-400 is a defensive system.

If Turkey is attacked from the air, we use (use) them to avoid this attack
- noted Chavushoglu.

Cavusoglu said that US President Donald Trump has the opportunity not to apply sanctions against Turkey under the Law on Countering US Adversaries through Sanctions (CAATSA). However, if Washington is hostile, Ankara is ready to retaliate.

Chavushoglu added that Ankara decided to participate in the development program of the F-35 “invisible” American fighter, because she liked this project, “this is a good system with advanced technology". However, if Washington finally closes the opportunity for Ankara to get the F-35, then it will be forced to look for an alternative.

It should be recalled that Turkey, according to repeated statements by the country's leadership, has already invested about $ 35 billion in the F-1,4 project. At the same time, the United States believes that Russia, with the help of the S-400, will be able to learn the secrets of the “invisible”, but very expensive F-35.
Ctrl Enter
Noticed oshЫbku Highlight text and press. Ctrl + Enter
We are
It became known that waiting for Turkey after exclusion from the program F-35
Erdogan explained why he refused to buy the Patriot air defense system
Reporterin Yandex News
Read Reporterin Google News
Ad
We are open to cooperation with authors in the news and analytical departments. A prerequisite is the ability to quickly analyze the text and check the facts, to write concisely and interestingly on political and economic topics. We offer flexible working hours and regular payments. Please send your responses with examples of work to [email protected]
2 comments
Information
Dear reader, to leave comments on the publication, you must sign in.