Russia is preparing to test the tram on hydrogen fuel

July 19 2019
2
Gorelectrotrans, together with engineers from the Krylov State Scientific Center, developed a hydrogen fuel cell tram. The current model of the composition, created on the basis of the LM-68M, was presented in St. Petersburg, as reported on the eve of the online publication kp.ru. 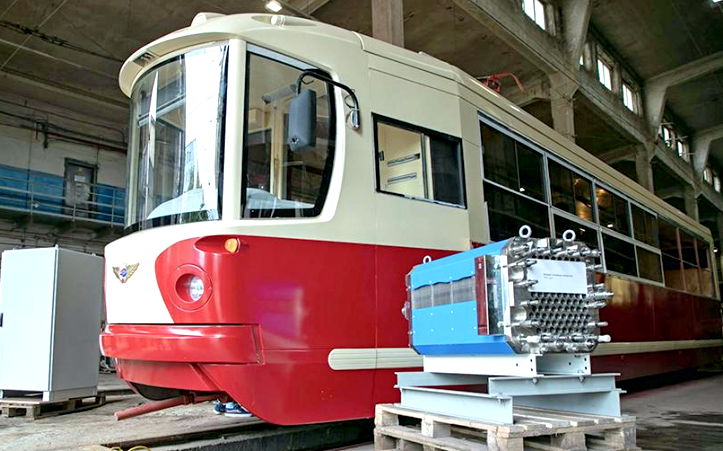 According to the adviser to the director of Gorelectrotrans Sergey Kitaev, the modern contact network has several disadvantages. Firstly, it clutters the road lines. Secondly, the construction of one traction substation, necessary for its operation, is quite expensive (from 100 to 120 million rubles). In turn, the use of hydrogen fuel cells will reduce energy consumption by up to 50%. In addition, the vehicle will be able to move independently of the contact network, the functionary summed up.

The new brainchild "Gorelectrotrans" was called "Tram EUTE." His first trials are scheduled for late August this year. Tests of the new engine and control installation will be held in the Moscow region of St. Petersburg at night for a month. If the innovation meets the expectations of developers, then a similar system in the future will be able to find application both in the rest of urban transport and on the railway.
Ctrl Enter
Noticed oshЫbku Highlight text and press. Ctrl + Enter
We are
In Russia, developed a unique 150-local high-speed catamaran
Russia is preparing to test the hydrogen aircraft
Reporterin Yandex News
Read Reporterin Google News
2 comments
Information
Dear reader, to leave comments on the publication, you must sign in.