July 18 2019
5
Recently we toldas the Turkish Ministry of Defense informed the public that Moscow began supplying S-400 long-range anti-aircraft missile systems to Ankara. And so, the Russian political scientist Stanislav Tarasov, chief editor of the Eastern editorial office of Regnum news agency, decided to speculate on what awaits Turkey after expulsion from the F-35 program. 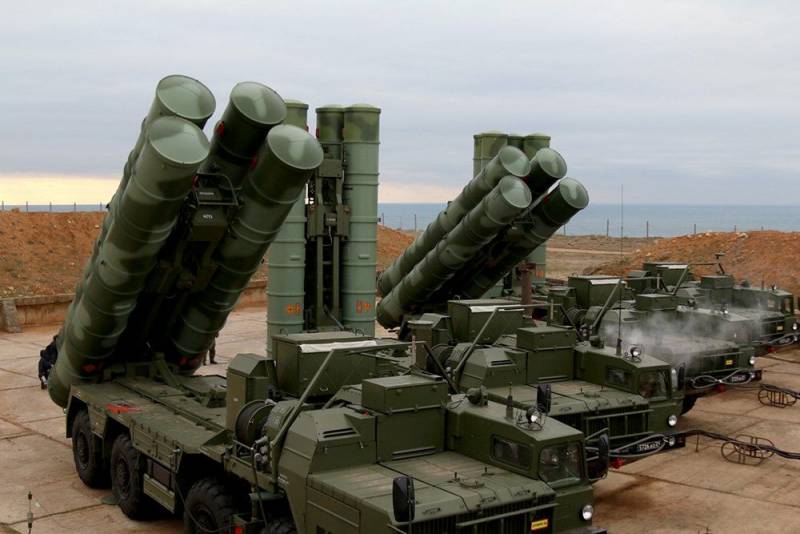 Turkey has invested about $ 35 billion in the F-2 fighter program. If Ankara suddenly withdraws from the contract, it will have to pay a forfeit, which will double the initial amount
- Tarasov told the newspaper "Sight".

That’s how the expert commented on Washington’s decision to exclude Turkey from the F-35 program due to the purchase of Russian S-400s. However, according to the assurance of the Turkish leader Recep Tayyip Erdogan, his country invested $ 1,4 billion in the project and Turkey is not going to leave the international project to create an “invisible fighter” on its own. Therefore, what Tarasov is talking about is not entirely clear. After all, if Washington drives Ankara out of the project, then it is the Americans who are obliged to compensate the Turks already invested, not to mention the forfeit.

Turkey has long claimed that this situation - an exception to the F-35 fighter program - is not tragic for her. It is said that the country is not preparing for any large-scale hostilities and is not increasing its aviation. Moreover, the Turkish military does not hide that, if necessary, they can purchase the latest Russian fighters
- said the political scientist, who is an expert on the problems of the Middle East.

At the same time, Tarasov did not touch upon the issue of ensuring the security of the S-400 purchased by the Russians from the Turks. But to provide air defense over the S-400 itself is also something necessary in order not to shoot at UAVs with expensive missiles. We remind you that the Turkish military plans to place the S-400 near the Syrian border and for the Kurds, they will no doubt become very attractive targets. For example, the Tor-M1 air defense system, the Pantsir-S1 anti-aircraft missile and cannon system (ZRPK), or other similar Russian products, could be very useful to the Turks for guarding the S-400. But the political scientist touched on another topic.

The Americans continued to push until the last, until the meeting of Recep Tayyip Erdogan with Donald Trump in Osaka (June 28-29, 2019 - ed.). There, Trump began to win back the backup scenario, they say, Barack Obama is to blame for everything, he refused to Turkey to purchase Patriot complexes, in connection with which the Turks were forced to turn to Russia
- Tarasov specified.

It should be noted that on the eve of the press secretary of the US President Stephanie Grisham warned Turkey about the impending problems, as the Americans really worry that with the help of the S-400 it learns many secrets of the "invisible" F-35. At the same time, Grisham claims that the United States offered Turkey to get “at the top of the line” for the purchase of American Patriot air defense systems.

F-35 cannot coexist with the Russian intelligence gathering platform, which will be used to study its advanced capabilities
- explained the spokeswoman for Donald trump.

At the same time, the Deputy Head of the Pentagon for Procurement and Logistics, Ellen Lord said that Turkey "will not receive more than $ 9 billion, which, as expected, she could receive thanks to her contribution to the F-35 program for the entire duration of its operation." What does he mean by this, he did not specify.

But in any case, this can already be interpreted as robberybecause the Americans are going to appropriate money that the Turks have already invested in the project and will invest more. In turn, they said from the Turkish Foreign Ministry that Washington’s decision to exclude Ankara from the F-35 fifth-generation fighter-bomber program is “erroneous”, “inconsistent with the spirit of the alliance (NATO - ed.) And does not have any legal basis. "
Ctrl Enter
Noticed oshЫbku Highlight text and press. Ctrl + Enter
We are
Russia began supplying C-400 to Turkey
Erdogan closed the issue of supplying C-400 to Turkey
Reporterin Yandex News
Read Reporterin Google News
Ad
We are open to cooperation with authors in the news and analytical departments. A prerequisite is the ability to quickly analyze the text and check the facts, to write concisely and interestingly on political and economic topics. We offer flexible working hours and regular payments. Please send your responses with examples of work to [email protected]
5 comments
Information
Dear reader, to leave comments on the publication, you must sign in.